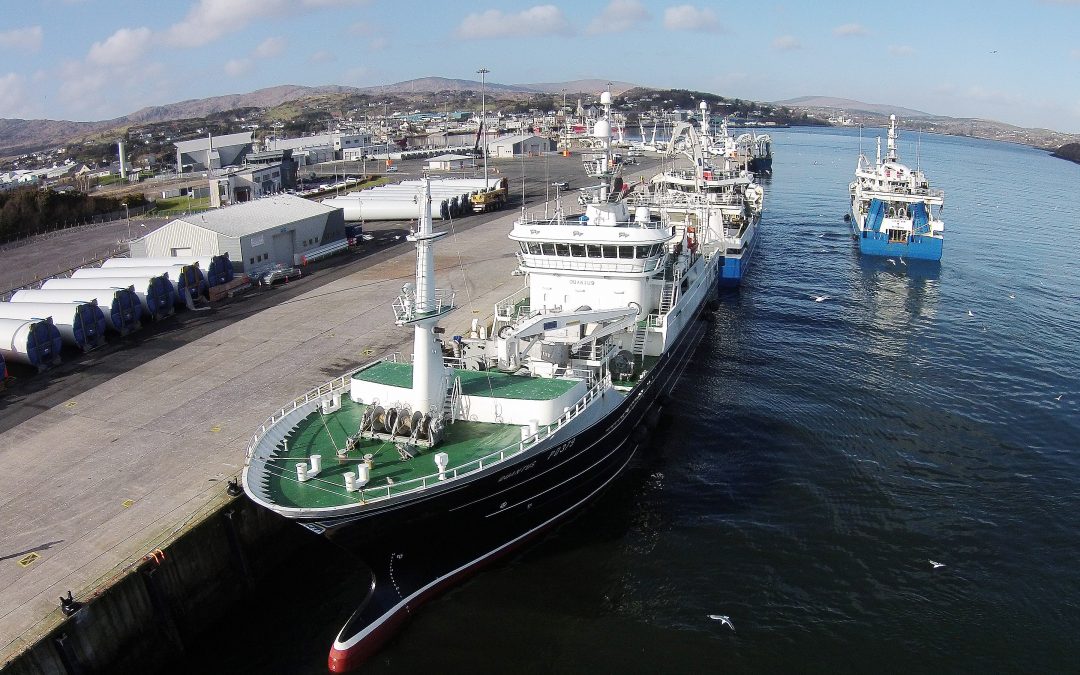 With Brexit storms forecast hot on the heels of Lorenzo, the Department of Agriculture, Food and the Marine has provided an update on its latest fisheries-related no-deal preparations, contingency planning and longer-term outlook, reports Lorna Siggins.

In a statement to The Skipper late last week the Department said:

“Minister Creed and his officials have continued the intensive discussions with the European Commission, other relevant Member States and stakeholders regarding the potential negative impact of a no deal Brexit on the Irish fishing industry and the wider seafood sector as whole. These discussions have intensified in recent months and were based on preparatory work already done.

“Minister Creed met with his French, Dutch, German and Danish counterparts earlier this week at an informal Agriculture Council to discuss and share concerns about the potential serious impacts for the Irish and the impacted Member States fishing fleets if they were excluded from UK waters in the event of a no deal Brexit. These Member States share our concerns and understanding of the serious issues that could arise in the event that the EU fishing fleet is denied access to UK waters. All of our fleets have a heavy reliance on fisheries in UK waters and lack of access would adversely impact them.

“The Minister has stressed that the key issues in a no deal situation are the potential loss of access for Irish and other EU vessels to the UK fishing zone, the need to ensure ongoing protection of fish stocks in the waters around Ireland from a subsequent increase in fishing activity and potential supports for the seafood sector to meet the challenges they may face. It is also important to be aware that, in a no deal situation, the EU and Ireland could also face a loss of quota share. Throughout the discussions, the Minister has emphasised the necessity for a co-ordinated European response to ensure that there would be proportionate and equitable use of mitigation measures for the fishing fleet overseen by the Commission.

“On 23 January 2019, the Commission announced two measures aimed at supporting the Irish and EU fishing industry. These allow fishermen and operators from EU Member States to receive compensation for the temporary cessation of fishing activities, and amends EU regulations to ensure that the EU is in a position to grant UK vessels access to EU waters until the end of 2019, on a reciprocal basis. The European Commission Contingency Communication published on 10 April 2019, highlights fisheries as one of the most immediately critical issues facing the EU in a no deal Brexit. Member States and the EU Commission are continuing to work on co-ordinated approaches to prepare for a no deal Brexit.”

Regarding the longer-term Brexit outlook and future of the CFP—which, according to a number commentators, will need to be reviewed one way or another if, when and regardless of how Brexit happens—the Department said:

“The European Commission is due to report to the Council and the European Parliament on the functioning of the Common Fisheries Policy (CFP) by 31 December 2022. The European Commission, in accordance with the right of initiative, following such a review will bring forward proposals for possible changes. Ireland will again be a central player in both the review and the discussions on any new proposals. Our objective, in consultation with stakeholders, will be to build on the current CFP to ensure an environmentally and economically sustainable seafood industry.

“Any possible changes to the current Policy, and the timing of such proposals, will of course be influenced by the outcome of Brexit negotiations. In that context, Ireland’s overriding priority will be to maintain existing reciprocal access to waters and resources. In terms of the wider CFP, Ireland will be working to continue to improve the long term sustainability of the fish stocks upon which we rely and to ensure ongoing support for such sustainable development of the seafood sector through the next European Maritime and Fisheries Fund.”

For further in-depth coverage of the Brexit fisheries forecast pick up a copy of the October issue of The Skipper, in shops the end of this week. You can also pick up a digital copy or subscribe to the magazine at https://theskipper.ie/subscribe/