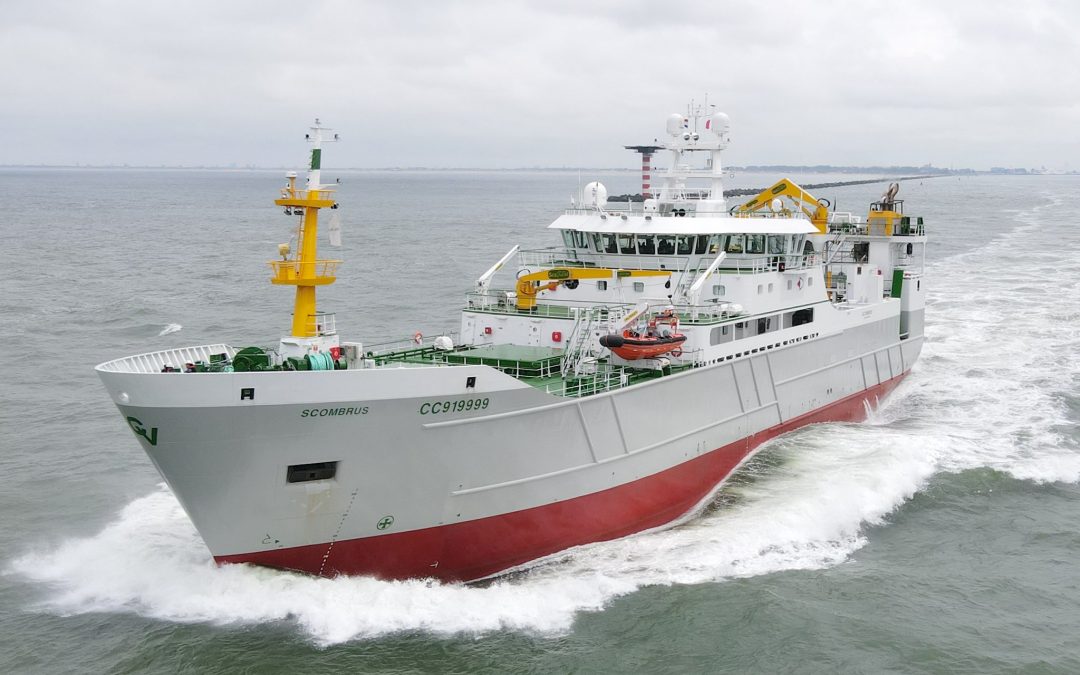 French inshore fishermen are planning a major protest to coincide with the launch party of the “Scombrus”, a pelagic factory trawler belonging to the France Pélagique company which will be christened on 25th September at the Port of Concarneau.

France Pélagique is a subsidiary of Cornelis Vrolijk, a major Dutch fishing company, which owns several trawlers and subsidiaries in other EU countries.

The Scombrus is the latest addition to the France Pélagique fleet: an 80-metre vessel, flying the French flag, but whose catch of herring, mackerel, horse mackerel and sardines will most likely be landed in IJmuiden in the Netherlands like the two other vessels in the France Pelagique fleet, the Sandettie and the Prins Bernhard.

French artisanal fishermen are up in arms against this model of fishing, which they say monopolises quotas and has a strong impact on the stocks in French waters.

The Fishermen also point to an alleged conflict of interests amongst several well-known leaders in the world of French fishing. Antoine Dhellemes, who created and directed France Pélagique, is not only the current vice-president of the National Fisheries Committee (CNPMEM) but is also president of the Producers’ Organisation (PO) FROM Nord, and president of the national association of Pos.

In order to address any conflicts of interest, Geoffrey Dhellemes, son of Antoine, has been appointed to run the company.

Expected attendees at the launch party include the owners of Cornelis Vrolijk and their competitor Parelviet Van der Plaas, the Director of Fisheries, Minister of Fisheries, National Fisheries Committee and Producers’ Organisations.

The artisanal fishermen’s association Plein Mer will reveal more information in the coming weeks and are calling on fishermen, associations, trade unions, and citizens to protest with them on September 25 in front of the France Pélagique office in Concarneau.