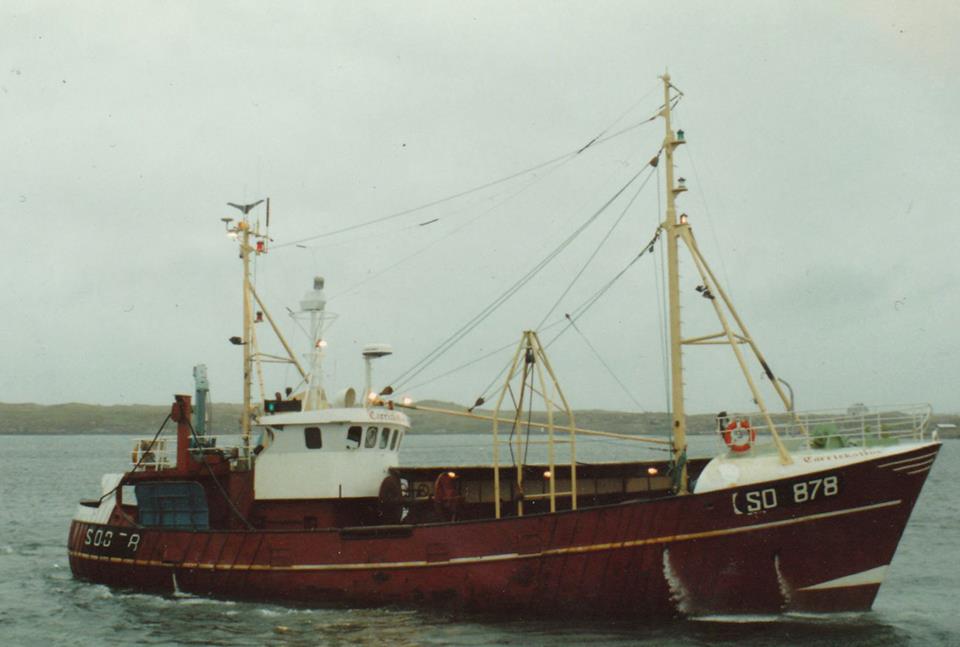 It is 25 years ago today that the county was rocked by the disappearance of the “Carrickatine” with the loss of all six men on board.

On board were skipper Jeremy McKinney of Moville; his brother, Conal McKinney; John Kelly of Carndonagh, Derry; his son, Stephen; Terry Doherty of Greencastle and Bernard Gormley, also of Greencastle.

The Greencastle vessel had been fishing on the Stanton banks, some 50 miles north of Malin Head on the day it disappeared. A number of other vessels which had been working in the area returned to port because of adverse weather conditions, and it was assumed the Carrickatine intended to do likewise. The skipper had reported an engine failure and a list in some of his last radio communications that fateful day.

An investigation into the cause of the loss on November 15, 1995, drew no conclusions. However it said, whatever happened was probably “rapid and devastating”, leaving the crew no time to reach the deck.

The investigation found the skipper, one of a very experienced crew, had told another vessel by radio that he had had to stop the engine for a while to clean an oil filter on the gearbox. The engine had “clutched out”, he was reported to have said. When it was running again, the ship had a list, which he said he would need to “sort out”.

He did not specify the extent of the list or whether it was to port or to starboard. There was no further contact with the Carrickatine. The alarm was raised later than night when the vessel failed to return to Greencastle, initiating what may have been the largest and most detailed and comprehensive sea search operation in the history of the State.

Outlining possible causes, the report rules out massive structural failure and an explosion on board, but says significance must be attached to the skipper’s report of a list, which could have been caused by several factors. It says it has not been possible to establish whether there were any submarines in the area at the time, but even if there were, proof of a collision would require examination of the wreck.