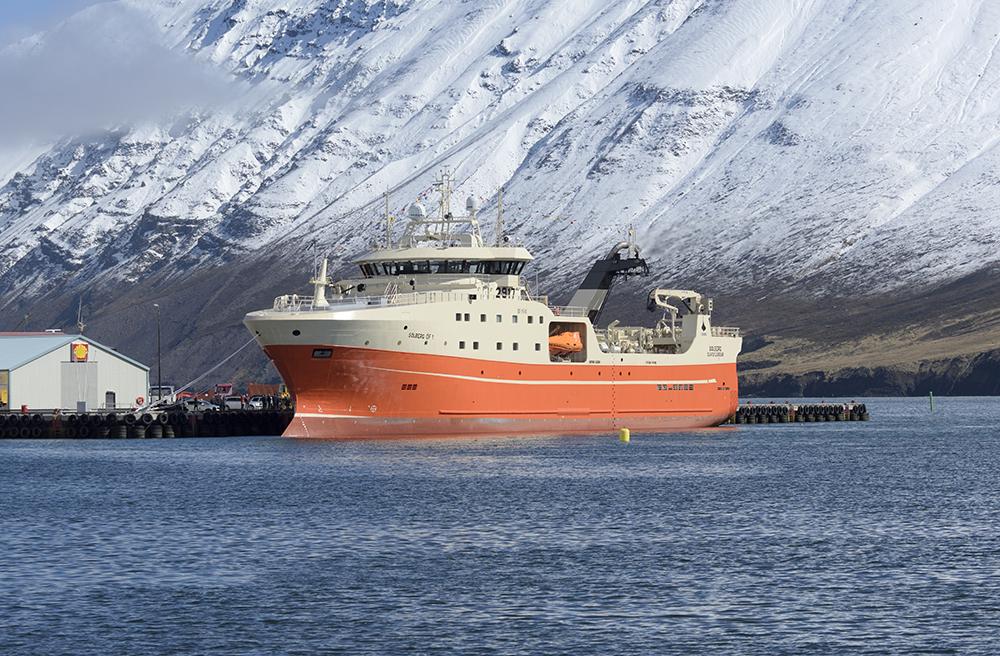 In 2020, freezer trawler Sólberg ÓF 1 from Fjallabyggd in North Iceland delivered a catch valued at over 5.2 billion Icelandic kronas (ISK), the equivalent of 33 million Euros. That is an all-time record for an Icelandic fishing ship in any given year. The catch amounted to 13,732 tons which is probably also a record in demersal fishing in Iceland, according to a report in the newspaper Morgunbladid. The ship’s best fishing trip of the year rendered 1,905 tons at a value of 686 million ISK (4.4 million Euros).

Sólberg is an 80 meters long vessel built in the Tersan ship yard in Turkey and delivered in 2017. It was the first brand new freezer trawler to be added to the Icelandic fleet in decades. The trend in Iceland has been to decrease frozen-at-sea production of demersal fish and increase fillet production, especially fresh fillets, in land based factories on the assumption that it is more profitable.

Sólberg is considerably larger than other Icelandic freezer trawlers. The freezing capacity is 90 tons of products per day and there is room for 1,200 tons of frozen products on pallets in its fish room. The trawler has a crew of 36.

Ships do not have to be new in order to excel in fishing. That has been proven repeatedly by freezer trawler Kleifaberg RE from Reykjavik, a 45 year old vessel (albeit renovated several times) that has continuously been near or at the very top of its class when it comes to catch and catch value. Last year Kleifaberg’s catch amounted to approximately 12,500 tons valued at 3.6 billion ISK (23 million Euros). The big difference between the value of the catches of these two trawlers compared to the relatively small difference in the number of tons each of them caught can be explained by the fact that Sólberg’s quota and therefore catch consists mostly of the valuable cod while Kleifaberg has had to rely more on less valuable species, mainly saithe and redfish.

There was a time when the annual catch of individual pelagic vessels in Iceland could exceed 80,000 tons. Now the top catchers have to be content with half as much. The main reason is the collapse of the capelin stock. Two decades ago the capelin catch of Icelandic vessels culminated in 1.3 million tons. In recent years the stock gradually deteriorated due to climate change which finally resulted in an introduction of a total fishing ban in 2019 and again in 2020. Latest research indicates a slight recovery of the stock and therefore a quota of 20,000 tons has been issued for the 2021 season. Further research is planned in the hope of registering a stronger stock and consequently allowing for a higher quota.

Rely on other species

A complete list of the performance of individual pelagic ships in 2020 is not available but the top vessels seem to have caught up to 47,000 tons at a catch value of 2 billion ISK (12.8 million Euros). 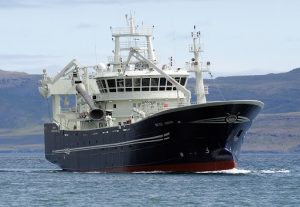