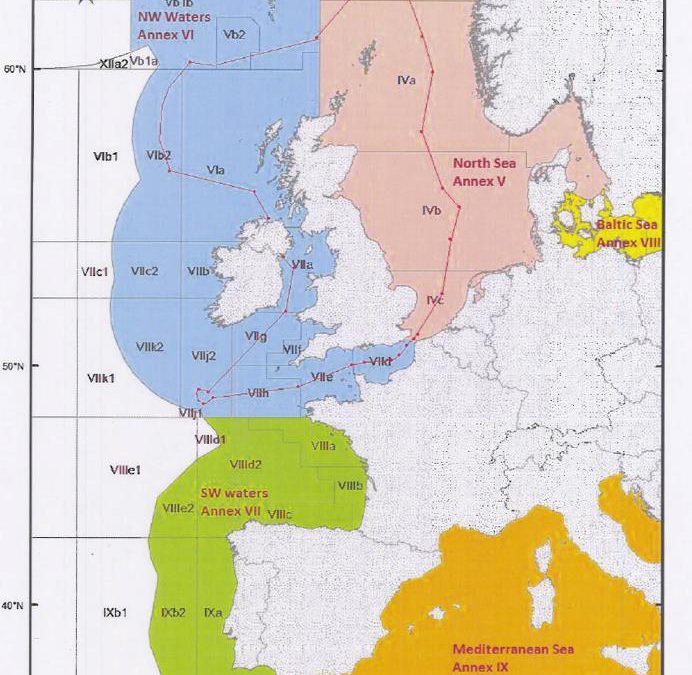 The EU is set to agree provisional TAC’s and Quotas with some species cuts for the 1st quarter of 2021 despite not knowing if access to UK waters will be forthcoming.

Fishery Ministers meeting in Brussels today have been discussing the plan which involves issuing 25% of the 2021 Quotas to be caught in January, February and March next year in a bid to keep the EU fleet fishing till a Brexit deal can be negotiated.

In the event of a no deal scenario this would displace vessels who have a ICES Area IV, VI or VII quota from UK waters into surrounding EU waters.

A Belgian fishing source told The Skipper that means Dutch and Belgian Beamers that fish the Irish Sea and Celtic Sea would be displaced into Irish or French waters to catch their area VII quota or lose it.

An EU official involved with the Brexit talks said they had rejected Britain’s offer of phased access to its waters over three years by EU fishing vessels and the sides were “an ocean apart” on the issue.

The outcome of the December Fishies Council is expected later today.