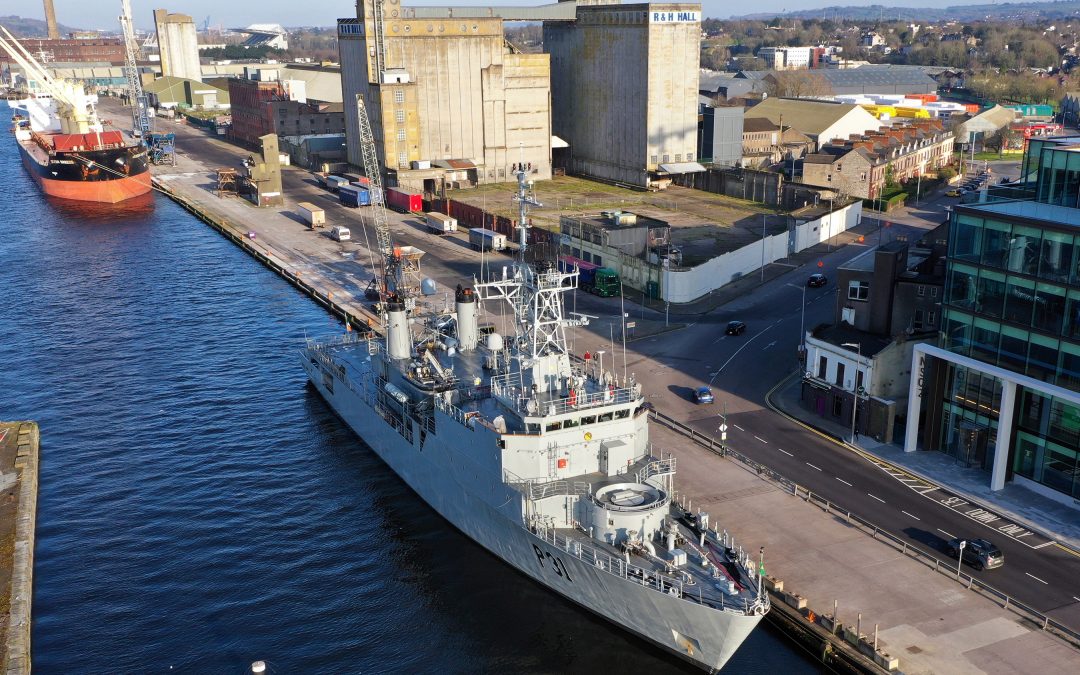 At 10am tomorrow, Wednesday the 24th of June, the Naval Service Flagship LÉ Eithne (P31) will depart Albert Quay, Cork City and return to Haulbowline Naval Base.

This completes an unbroken presence by the ship in Cork City since the 20th of March, where it has operated in support of the HSE’s fight against COVID-19. During her deployment, LÉ Eithne was utilised for a variety of roles including the distribution of PPE and the delivery of PEE training for port facility staff in Cork and Waterford.

Naval Service Ships, as part of the Defence Forces’ Operation FORTITUDE, have acted in support of the HSE and the National Ambulance Service since the 15th of March. During this time, Six ships were deployed to Dublin, Galway and Cork; LÉ Eithne, LÉ Samuel Beckett, LÉ James Joyce, LÉ William Butler Yeats, LÉ George Bernard Shaw and LÉ Niamh.

Throughout Operation ‘FORTITUDE’, Naval Ships have been supported by personnel from our Naval Service Reserve.