Despite best efforts of fishermen, challenges ahead says IS&WFPO 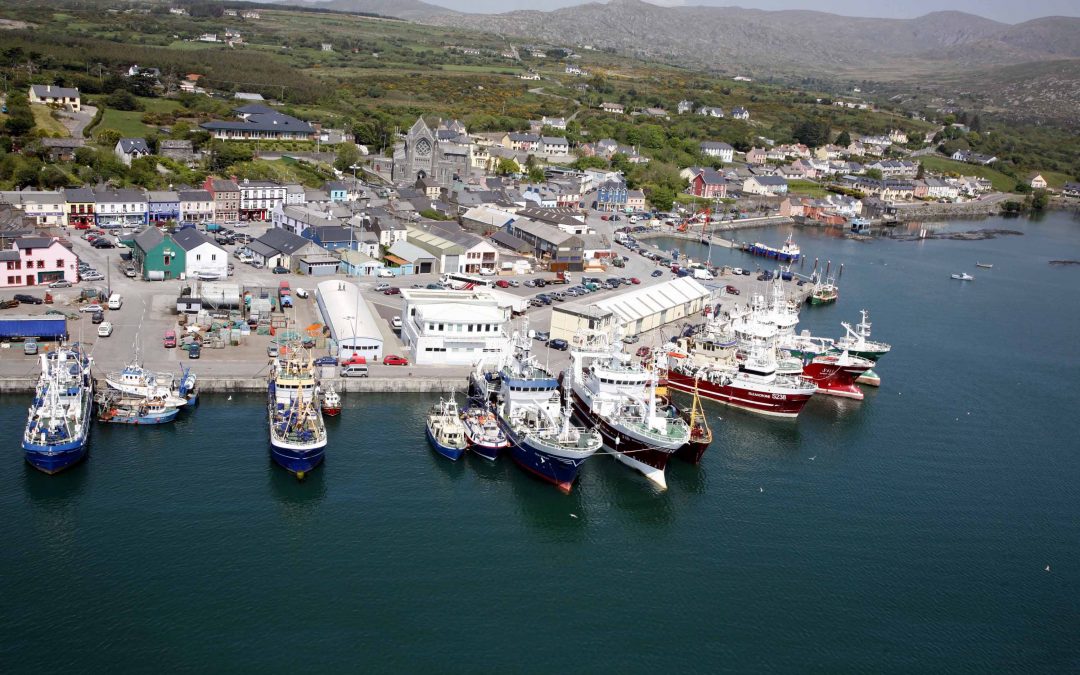 The Irish South and West Fish Producer’s Organisation (IS&WFPO) have released a statement prior to next week’s Council meeting in Brussels, December 16-17, highlighting the potential policy-made challenges ahead for the sector.

“The ICES Advice that has been circulated and that we have consulted on, could see CUTS to many stocks and these cuts will have an enormous impact on our Fishermen’s ability to earn a living.

“As an industry, Vessels will see themselves tied to the Pier Wall if our Political Representatives and those who assist them are not careful to ensure that any potential cuts are based on verified Data and sound Science and NOT as has, unfortunately happened in every year since 2015, on Data and Scientific methods that have subsequently been found to have significant flaws.

“Our clear message from the IS&WFPO to those representing Ireland in the talks and discussions that surround the fixing of TAC’s and Quotas by the EU Council of Ministers each year in Brussels is that the European Council of Ministers must keep the Socio-economic importance of what is proposed to the fore during the negotiations.

“We hope the Council takes into consideration that Prime Minister Boris Johnston has sought a new mandate to deliver Brexit.

“The harsh language of a “no deal” Brexit may have softened in the run-up to the British Elections but we are well aware this could see further twists in the weeks ahead. Brexit-generated fallout for our Industry is already visible with a doubling of the Foreign Boats fishing in our waters.”

In the statement, the IS&WFPO also highlighted a number of further areas of concern. With respect to the ILO convention, calling for an official meeting it states:

“To be clear, we in the Irish South and West are 100% behind any measures that will improve the working conditions of our Crews. We want nothing more than the opportunity to be a part of this process and, like the Industry and Sea Areas Advisory Councils wish to be a partner in the formulation of the final decision making.

“We, therefore, wish to meet with the Minister and senior Civil Servants having the ultimate responsibility for the formulation and implementation of the Laws and Regulations covering this area of Seafaring and Fishing so that we discuss and try to introduce this important legislation in a way that WILL improve Fishermen’s lot and not, despite its good intensions, result in the exact opposite.”

Commenting on Ireland’s ongoing development of a Marine Spatial Plan, they state the plan “will have a significant impact on all Marine users” and highlight that an open public forum to discuss this is scheduled for early next year in Castletownbere.

“When Submissions are being sought from the Public on this, we strongly believe and suggest that Fishermen, their families and communities make written Submissions on whatever is being planned and/or decided on by Government,” they say. Consultation is currently open on Ireland’s National Marine Planning Framework (NMPR). Details can be accessed here

Highlighting some of the positive initiatives relating to marine plastics the industry is engaged in, IS&WFPO CEO, Mr Patrick Murphy said:

“The IS&WFPO believe some of its most important work is the clean up our Oceans and highlight the fact it is Irish fishermen who are singled out to lead by example and remove all lost fishing gear from the ocean and take on best practice to endeavour to ensure we do everything we can to avoid this happening in the future.

“All our vessels have signed up to the Clean Oceans initiative and I am asked on their behalf to take a leading role as vice Chairman of the North West Waters Advisory Council Focus group on Marine Plastics to drive this forward. Locally we in partnership with BIM, net makers, harbour authorities, Third level institutions and wider Industry have formed “Smart Net”.

“The Council adopted a directive which introduces new restrictions on certain single-use plastic products and also amended a Directive to allow ports take in the rubbish. Participating fishing boats COLLECT plastics and other discarded rubbish from our oceans and bring everything ashore FOR FREE.”

Highlighting further challenges looming the statement reads, “It was strongly articulated to Minister Michael Creed that a united Industry believe Article 13 proposed by the Commission to protect Cod and Whiting stocks in the Celtic Sea should not be rushed into, for we have not seen the results from the recently introduced Technical measures in July of this year to protect the sustainability of not just these stocks but all stocks in the Celtic Sea.”

“Of course Boat owners, Skippers, Crew, all fishermen, Buyers, Sellers,  and the Public want this but climate change, time to correct unforeseen complications such as mixed fisheries and the recent knowledge gained from ongoing work on our ever changing Marine ecosystem has meant the introduction of the landing Obligation has resulted in the fact “we simply are not there yet”.

“However work continues to reach this Universal Goal but this has to be done in a manner that does not harm our coastal communities and we need more time to get it right.”

“The underlined points above are examples of both the positive work fishermen are under taking but also the challenges these policies create in the task for Industry, which is to do so by remaining viable.

“We must as society realise the conditions and perils our Fishermen face every time they leave their families to go fishing upon our Oceans and wild Sea’s. We far too often read the tragic news of tragedy and loss of lives at Sea.

“I testify myself from personal memories of what it was like to have my child’s arms wrapped around me with his little nails digging into my back begging me not to go to sea. His eyes welling up in tears sobbing, for even at such a young age he was aware this could be a final farewell.

“The soft spoken reassurance from his mother would be whispered in my sons ears as she gently pulled him away but I too took solace from her words, “Dad has to go and he will ring us tomorrow and before you know it we will be back to pick him up.”