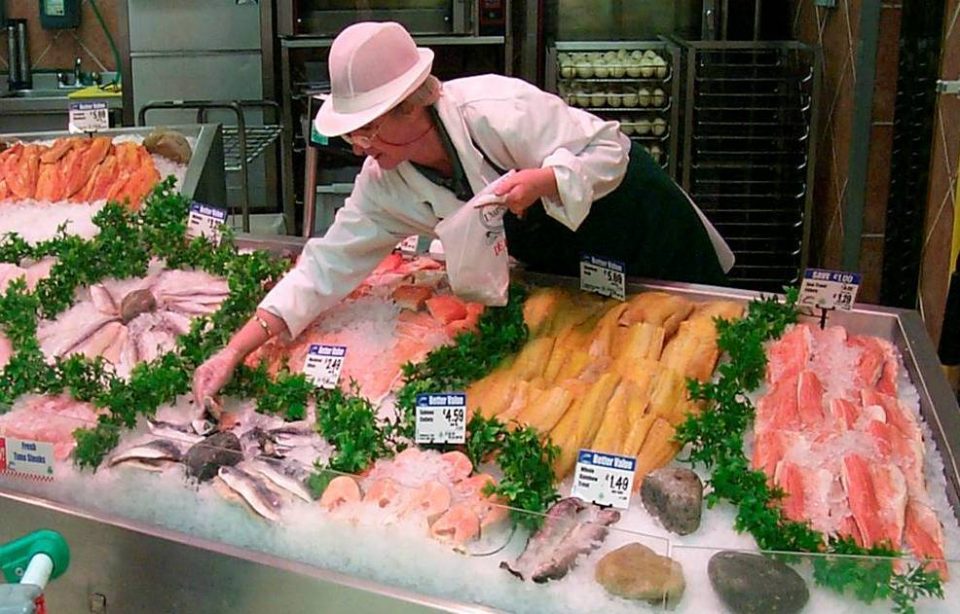 In a special, feature episode—commissioned following direct input from fishermen on what they want to hear on the UK’s only commercial fishing podcast—the Fathom team welcomed Sophie Throup of Morrisons supermarket, and Mark Greet and Edward Polley of Falfish seafood processors for a wide-ranging conversation about the UK’s taste for British fish during lockdown.

At the outset of the COVID-19 crisis, supermarkets across the country chose to close fresh fish counters – a decision described by Paul Trebilcock of the Cornish Fish Producers Organisation (CFPO) as ‘counter-intuitive’ and ‘causing frustration at the quayside’.

Challenged on this decision by the Fathom host, Sophie Throup, Head of Agriculture, Fisheries & Sustainable Sourcing at Morrisons was candid in her response: “Everyone started behaving and shopping very differently stockpiling toilet rolls and pasta.

“As a business we had to concentrate on helping customers move through the stores as quickly and safely as possible – closing counters meant we could focus our efforts on keeping shelves stocked”.

The characteristic back-and-forth of fishmongers counters also presented a risk for retailers, with Throup adding: “Fish counters are about exchanging knowledge and information—personal contact—this is why they were shut right at the beginning”.

As shopping conditions changed, Morrisons—who source British fish via Falfish in the South-West—have spear-headed the reintroduction of fresh fish sales in supermarkets through developing a ‘British fish box’, putting a new emphasis on selling UK species.

Asking if this represented a wider move towards ‘British produce for British customers’, Paul Trebilcock suggested this could represent a ‘new normal’ in the post-COVID consumer landscape.

Responding, Throup noted that Morrisons “haven’t altered the range of seafood we’re selling, but what we have altered is the volume – we are selling 60% more British fish now than we do normally”. Throup added this includes a 1400% increase in sales of Dover sole, and an 83% increase in sales of monkfish – something she characterised as ‘phenomenal’.

Emphasising how the ongoing lockdown conditions have changed how the public approaches seafood, Edward Polley of Falfish commented: “Under this period of lockdown, whilst people have been forced to stay at home, it’s also encouraged them to cook at home – and people are starting to eat more seafood at home. [People are discovering] how easy and simple seafood can be – the beauty is there’s something for every budget”

Whilst some sectors, the shellfish sector, in particular, are still struggling to access much-needed export markets, Fathom hosts Paul Trebilcock and Chris Ranford reflected on how this difficult period could act ‘as a foundation’ for the future of fish sales in the UK – with strong communication between links in the supply chain paying dividends for buyers of all sizes, and for development of the domestic market: “Let’s hope the new norm is 60% increase in sales of British fish – let’s keep going in that direction!”

Listen to the episode in full here: https://cfpo.org.uk/the-fathom-podcast/

Or SUBSCRIBE by searching ‘Fathom fishing’ in your podcast provider app.