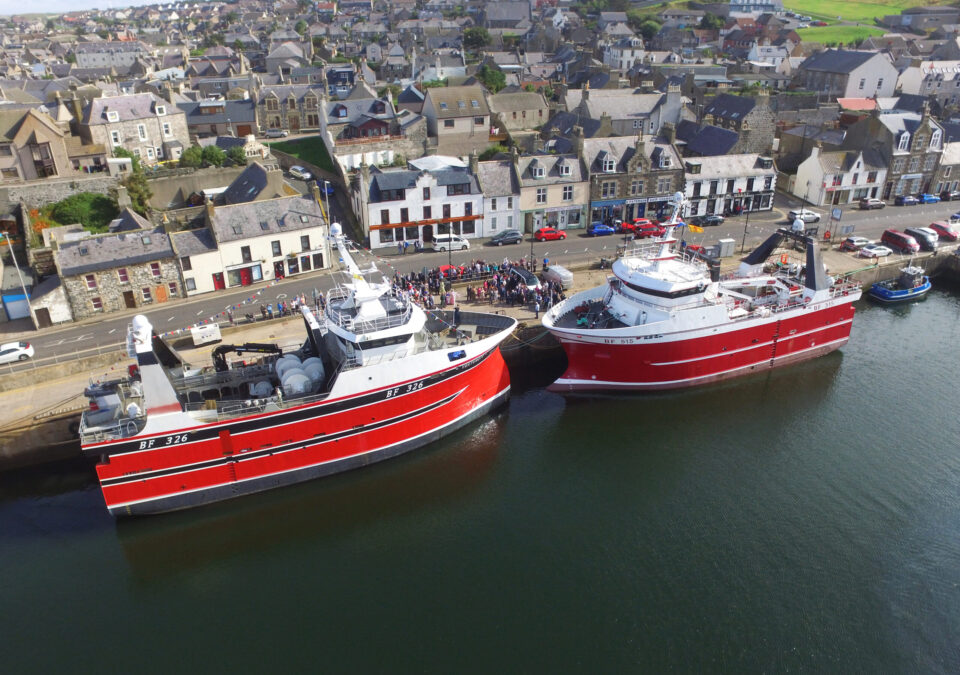 On the afternoon of the 9th of September, a special naming ceremony took place on the
quays of Macduff harbour celebrating the building of two large new fishing trawlers by
the yard, the ENDEAVOUR V and VENTURE IV, for the Scottish fishing fleet. Owned and
operated by Peter Lovie, Mark Lovie and partners, these trawlers have the distinction of
being the largest vessels produced by the Macduff Shipyards Limited to date. 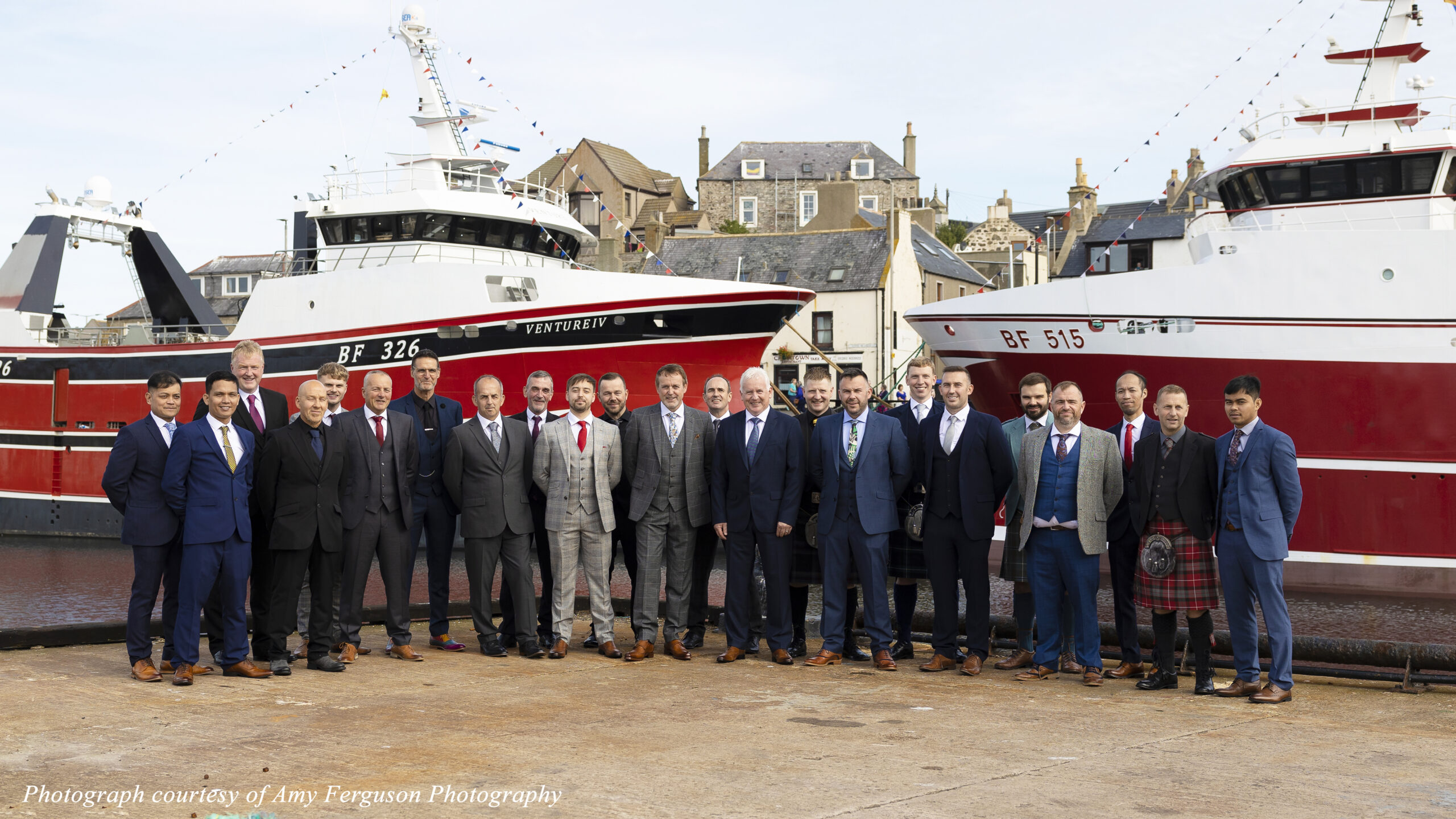 The memorable day was organised by the Lovie family and included a large group of
guests including many of the businesses involved in both the building and the operation
of the vessels. The vessels were named in tandem with ENDEAVOUR V being named by
Peter’s wife Natalie Lovie, and VENTURE IV being named by Mark’s wife Katie Lovie
with the customary champagne bottles being smashed on the respective hulls.
ENDEAVOUR V was handed over in late 2020 but due to the social restrictions at the
time a formal naming ceremony could not take place. VENTURE IV is currently
undergoing final outfitting and commissioning and is schedule for delivery in October
this year.

Both vessels were designed by the yard with close collaboration from local Naval
Architecture & Marine Consultants, Macduff Ship Design. Due to their large physical
size, the hulls of both were subcontracted to Finomar Shipyard based in Szczecin,
Poland. Full outfitting and engineering works was carried out by the yard, with help
from its many partners, in Macduff, Aberdeenshire. 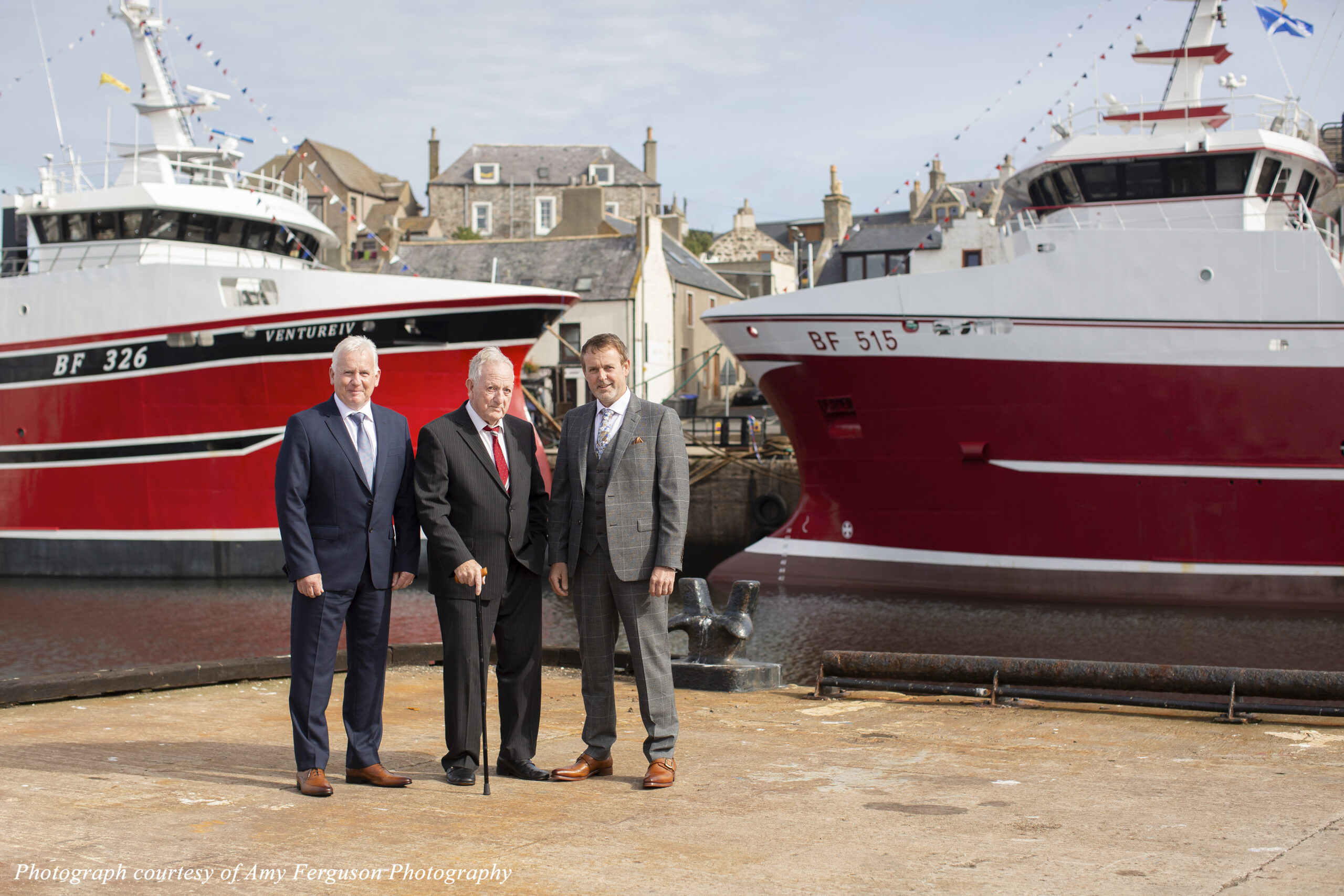 The yard would like to thank the Lovie family for organising the special day which
marked a significant milestone in the company’s history.

“This was a very special day for the shipyard. The company has enjoyed a close working
relationship with the Lovie family tracing back generations to the firms very beginning.
The family has continually helped the firm to prosper, pushing our abilities to new
heights and helping us grow. We thank Mark and Peter for organising the special day
and for their continued trust and support” said John Watt, Managing Director, Macduff

The yard would also like to thank the harbour team from Aberdeenshire Council for
facilitating the event.