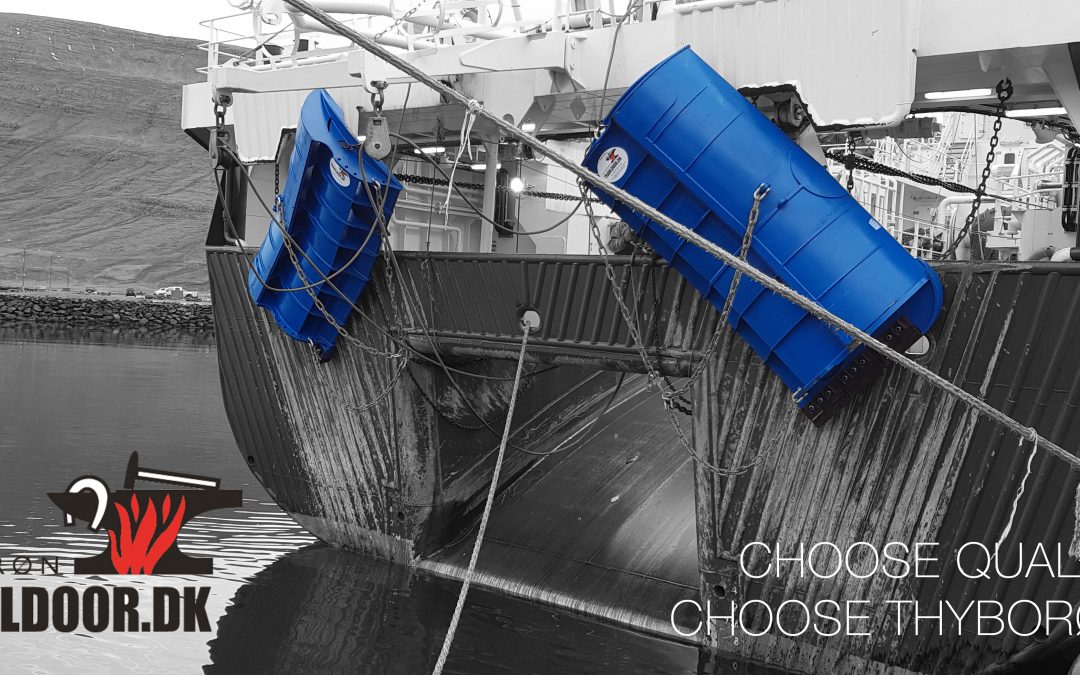 Based in Denmark, the world’s most popular trawl door designers and manufacturers, Thyborøn Trawldoors, are enjoying continued success with their innovative Type 23 Bluestream doors.

Launched on the market earlier this year, these doors have been developed using the company’s experience with the dimensions of its Type 14 doors and the effectiveness of the Type 22 doors with the implemented Bluestream special technology, in which waterflow is forced to its maximum through the foils of the door, thereby creating a more powerful spread force and less drag resistance on the doors.

Based on feedback from their customers, the Thyboron Trawldoor company says that for vessels that have already switched from Thyboron’s own well-known Type 14s 10m2 to the Type 23 Bluestream9m2 there is up to 50% less resistance on the doors when towed through the water, without any bottom friction or contact — meanwhile they produce same powerful spread on the nets — a major benefit in this age of rising fuel costs.

Throughout 2019 the feedback of the Type 23 Bluestream doors from several vessel owners has yielded extremely positive results, the company said – a statement backed by many fishermen who are currently using this design.

“We certainly have no concerns with these Type 23 Bluestream doors, as they have increased the spread of our gear by an amazing 50m and without losing any catching capacity in the process,” said Tonni Karlsen, skipper of the 54.6m Ole-ArvidNergard.