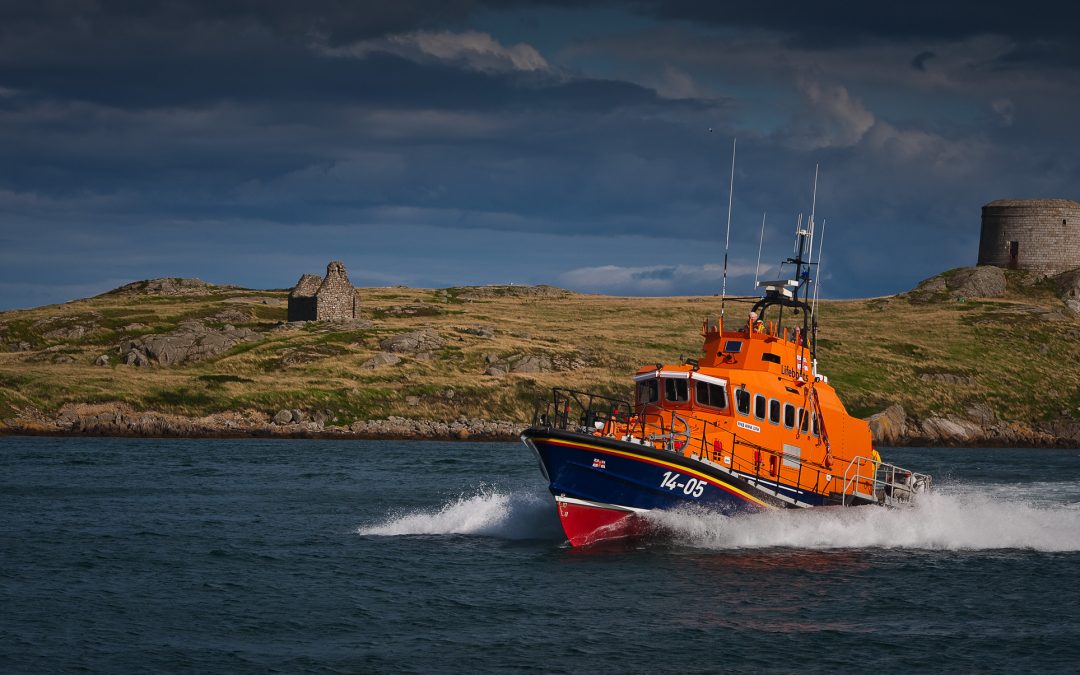 At noon this Christmas Eve (Tuesday 24 December) at the end of the East Pier in Dun Laoghaire, RNLI volunteer lifeboat crew will gather to lay wreaths at sea and remember 15 of their predecessors who were lost while on service in gale force conditions to the SS Palme that had run aground off Blackrock in 1895.

The annual ceremony also remembers all those who were lost around our coasts, rivers and inland waters in 2019. Included in this will be lifeboat volunteer Leigh Early from Arranmore RNLI in Donegal who died last month and the three crewmembers of the French SNSM lifeboat service who lost their lives while on service in June.

The ceremony takes place each Christmas Eve in all weathers and lifeboat crew are joined by members of the Dun Laoghaire Coast Guard and Civil Defence who form an honour guard.  Both Dun Laoghaire RNLI’s inshore and all-weather lifeboats will launch, and the crew will lay wreaths off the east pier in view of the public.

On 24 December 1895 the ‘Civil Service No. 1’ Dun Laoghaire lifeboat was wrecked while proceeding to the assistance of the SS Palme of Finland. The whole of her crew, 15 in number, drowned. The lifeboat capsized 600 yards from the distressed vessel and, although every effort was made to send help to the lifeboat and to the Palme, nothing could be done.

The second Dun Laoghaire lifeboat ‘Hannah Pickard’ also launched but it too capsized under sail, fortunately, all crew returned safely. The Captain, his wife, child and 17 crew were eventually rescued on the 26 December by the SS Tearaght.

The short ceremony takes place under the lighthouse at the end of the East Pier.  It includes an ecumenical blessing, a reading from a news article published at the time and music.

‘Volunteer lifeboat crew came forward then, as they still do, to help those in trouble at sea and on inland waters. We hold this ceremony to honour their memory and pay tribute to them but also to remember all those lost to drowning in our waters.’

‘Our lifeboat crew is on call this Christmas as they are every day of the year and we hope everyone has a safe and peaceful time.  People are very welcome to come and join us at the end of the East Pier, it’s our Christmas tradition and one that is very dear to us.’