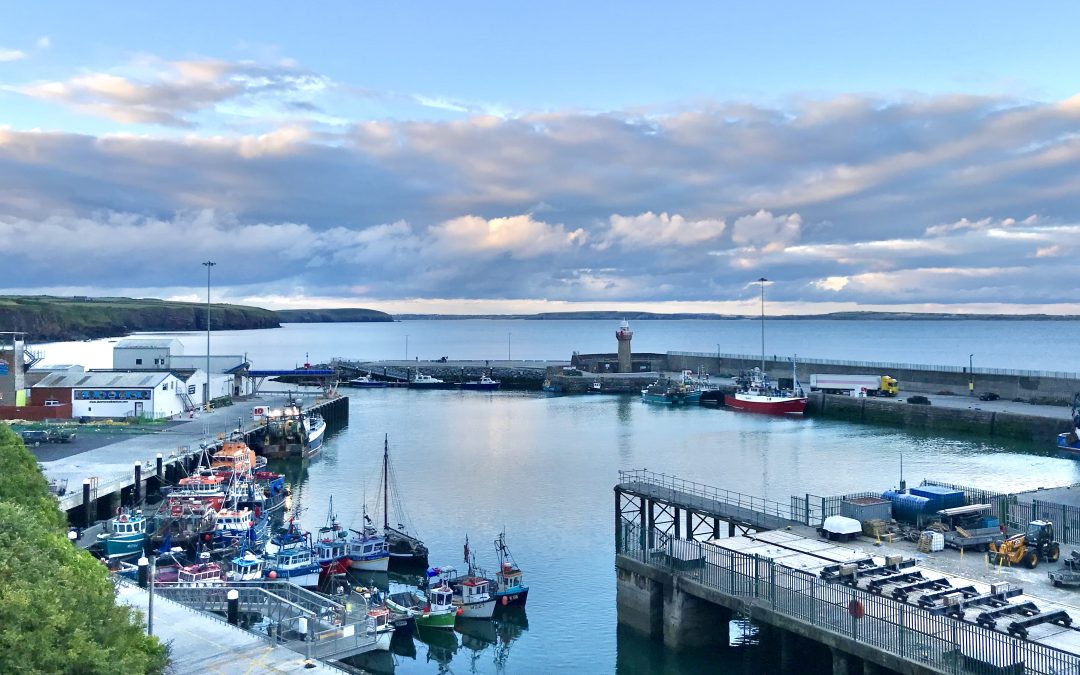 Figures from Bord Iascaigh Mhara (BIM) today, July 10th, with respect the temporary COVID-19 tie-up scheme for the Irish fleet indicate that close to one in four of those boats under ten metres in length that applied for the July scheme have been deemed ineligible due to a lack of sales notes.

According to BIM’s figures, 107 applications were received for the July scheme. Of those, 63 were deemed eligible. In terms of a breakdown of applicants by vessel size, 70 were under ten metres. 16 of those were turned down due to insufficient SFPA registered sales notes.

As highlighted by Lorna Siggins in The Skipper this month, a failure by the State to ensure sales note return by fish buyers also resulted in a number of inshore boats being turned down for the temporary tie-up scheme for June.

So as to qualify for the scheme, among the criteria vessel owners must meet is to “have made total to a minimum value of €5,000 in the calendar year 2019, by reference to the Irish Sales Note System administered by the Sea Fisheries Protection Authority (SFPA). Sales recorded outside of this system will not be taken into consideration in meeting this criterion”.

This is despite the fact that, as Lorna Siggins emphasises, vessel owners are not responsible for return of sales notes, meaning the scheme’s criteria effectively demands that they produce a guarantee which is within the SFPA’s remit.

In total, there were 104 applicants to the June scheme. Of those, 65 were ultimately deemed eligible, 50 of which were under 12m. Of the 39 unsuccessful June applicants, 12 inshore applications did not qualify due to insufficient registered sales notes.

At the time the July issue of The Skipper went to print no comment as of yet had been forthcoming from the SFPA on the matter, despite repeated requests.

In a statement last month BIM, who are administering the scheme, however, said: “In such cases BIM advises applicants to check/ confirm with their buyers that their registered sales notes are fully up to date on the SFPA sales notes system.

“If, in the interim, any such update has made a material difference to the registered sales notes, the applicant should directly contact their BIM grant administrator to inform them that system has been updated. BIM will then contact the SFPA to confirm that the condition has been met.

“Assuming all else is in order the applicant may then select and be offered the July and /or August tie-up months.”

Under the temporary tie-up scheme, which has been funded by the European Maritime and Fisheries Fund (EMFF), vessels can apply for support to tie up for one or two months, either in June, July and August.

The closing date for applications for June was Wednesday, May 27th, with July closing on June 19th. Applications for August will be accepted up until July 20th.

Industry representatives estimate that the total costs of the tie-up scheme to date, based on the figures so far, amounts to less than €200,000 euro.

On announcing the scheme then Marine Minister, Michael Creed said it would “support the fixed costs incurred by owners of fishing vessels while tied up.” Reports from around the coast, however, indicate payments have not been made as of yet to those granted eligibility to the June scheme.

The level of supports offered under the scheme and its design have been widely criticised by the Irish fishing industry, who quickly cautioned there would be very little uptake on the scheme.

In this respect, representatives of both the inshore and offshore sectors said that rather than achieving the Minister’s espoused objective of matching supply and demand, the “completely unfit for purpose” scheme would do the opposite and work to make an already oversupplied market worse.

On the question of sales notes more specifically, speaking to Lorna Siggins, a spokesperson for the National Inshore Fishermen’s Association (NIFA) said that despite issues with the scheme a number of its members had still decided to apply for June, and it appeared that at least half of those applications had been rejected due to the issue.

“Legislation has been in place since 2007 in relation to this, but we have long had suspicions that it was not being monitored,” he said.

The spokesperson said also that the issue was not just a short-term glitch, but one which had long term implications as it showed that accurate information was not being collated in relation to the inshore fleet.

“So the State is not accurately recording the full economic value of the inshore sector,” he pointed out.

Speaking to The Skipper this afternoon, the spokesperson highlighted that for boats under ten metres in length registered sales notes are the only official data on landings volumes and values, leaving those vessels especially vulnerable to any failings in this area.

One issue raised in a joint submission outlining “significant issues with the scheme” sent to both the Department and BIM by NIFA and their sister organisation NIFO following the tie-up scheme’s announcement last May, was the question of insufficient and uncaptured data with respect the inshore fleet, albeit in that instance with respect costs rather than landings data.

The difficulties entailed in demonstrating the economic importance of the inshore sector due to the dearth of information available is something that was acknowledged in the Inshore Strategy launched last year, highlighted NIFA and NIFO in their submission.

“This is more pertinent than ever as “investment” in the sector is needed now if it is to survive this crisis,” they said.

The Skipper understands that a meeting between the four Producer Organisations (POs) and representatives of the inshore sector with the Minister for Agriculture, Food and the Marine, Barry Cowen T.D. that was scheduled for today, and at which COVID-19 supports was to be one topic on the agenda, was cancelled this afternoon at short notice. It is hoped a meeting will now take place next week.

The Minister did, however, meet today by video link with Fisheries Commissioner Virginius Sinkevičius for the first time since his recent appointment, during which, according to a statement this evening from the Department, he discussed a number of upcoming issues around fisheries with the primary focus on the ongoing negotiations with the UK on a possible future fisheries agreement.
For more on the sales notes story see the July issue of The Skipper, in shops and online now.