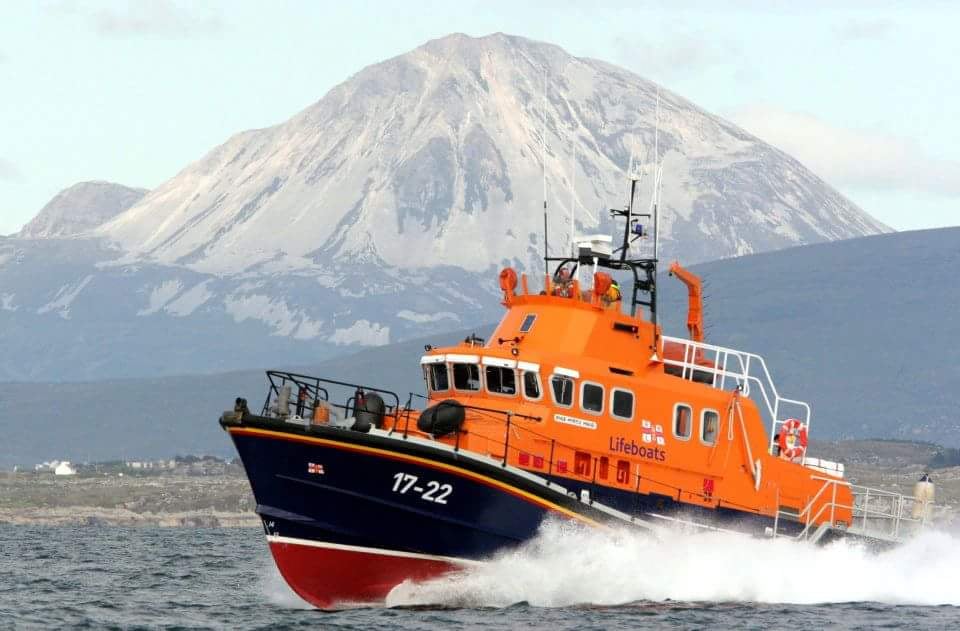 Lifeboat crews from Lough Swilly and Arranmore in County Donegal, along with Portrush in county Antrim, have received an award from the RNLI for a callout in 2019, which saw the rescuers at sea for hours in Force 11 conditions. The actions of the lifeboat crews that night, saved the lives of five people onboard a fishing vessel that was in serious trouble. For their outstanding actions at sea, which were conducted in storm force conditions, the three lifeboat crews have received a Chief Executive’s Commendation from the RNLI.

The lifeboat crews had been requested to launch their all-weather lifeboats by Belfast Coastguard on the afternoon of Saturday 14 December 2019, following a Mayday alert from a 45ft fishing boat. The five men who had been fishing for crab, got into difficulty 20 miles north of Fanad Head, when their boat lost power and encountered steering difficulties, while powerful waves struck their vessel.

In the middle of a storm, the lifeboat crew worked with the fishermen to establish a tow in conditions which saw the sea swell reach 50 ft. and the tow part three times. Arranmore lifeboat crew undertook the tow and once in calmer waters transferred it to Lough Swilly lifeboat. Lifeboat crew were at sea for fifteen hours, carrying out the rescue in darkness. Despite their ordeal none of the fishing crew were injured. 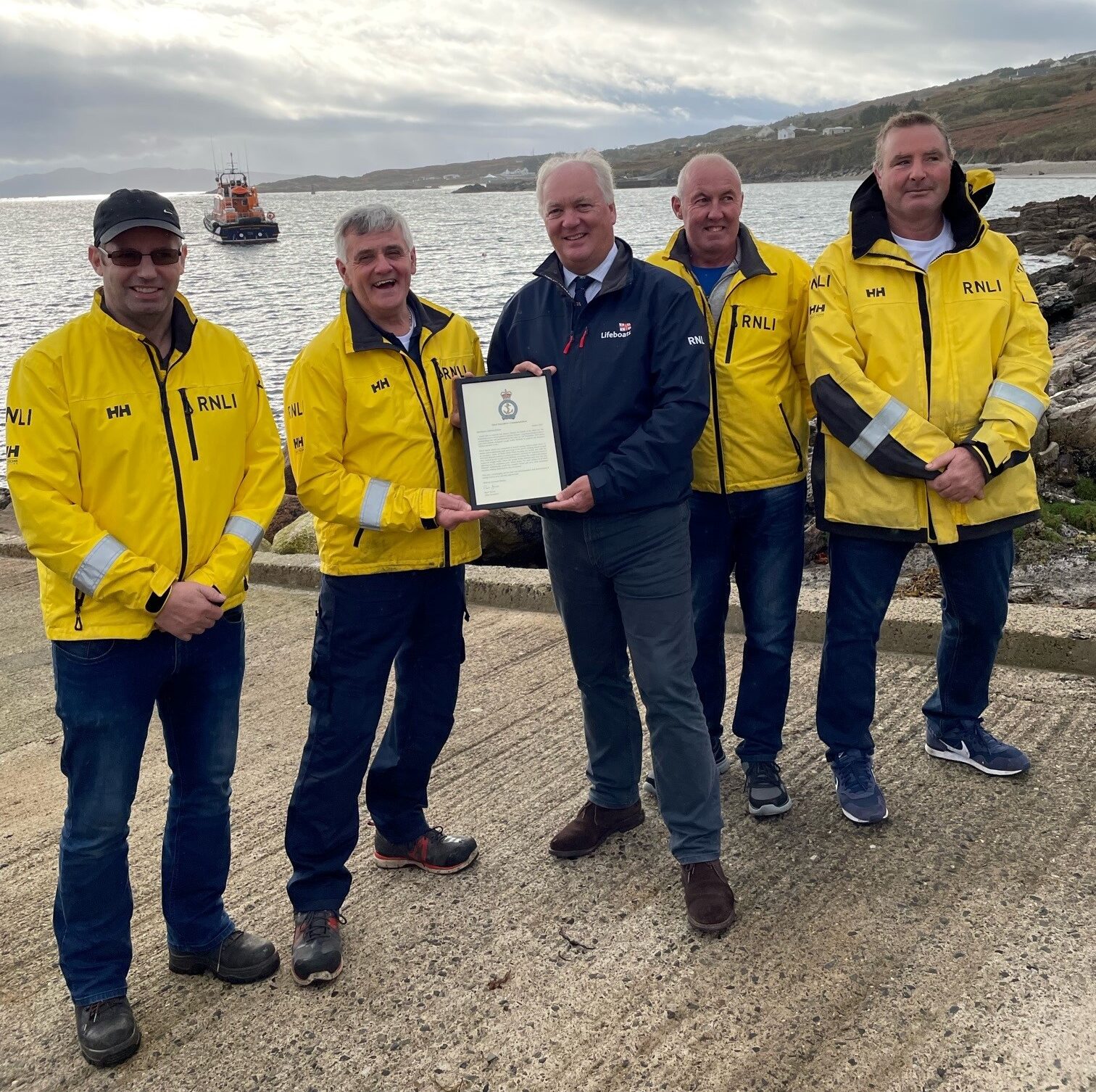 Speaking about the lifesaving service, Mark Dowie RNLI Chief Executive said, ‘The joint actions of all three lifeboats undoubtedly saved the crew and casualty vessel, with exemplary decision making displayed by the Coxswains. I would like to express my sincere thanks on behalf of the RNLI for the dedicated service of all involved.’

Arranmore RNLI Coxswain, Jimmy Early said, ‘It is indeed a great honour to be recognised by the RNLI for the work that we do. All of our volunteer crew are delighted with this award and the rescue was a really well coordinated service with the Coast Guard and our flanking stations in Lough Swilly and Portrush.’ 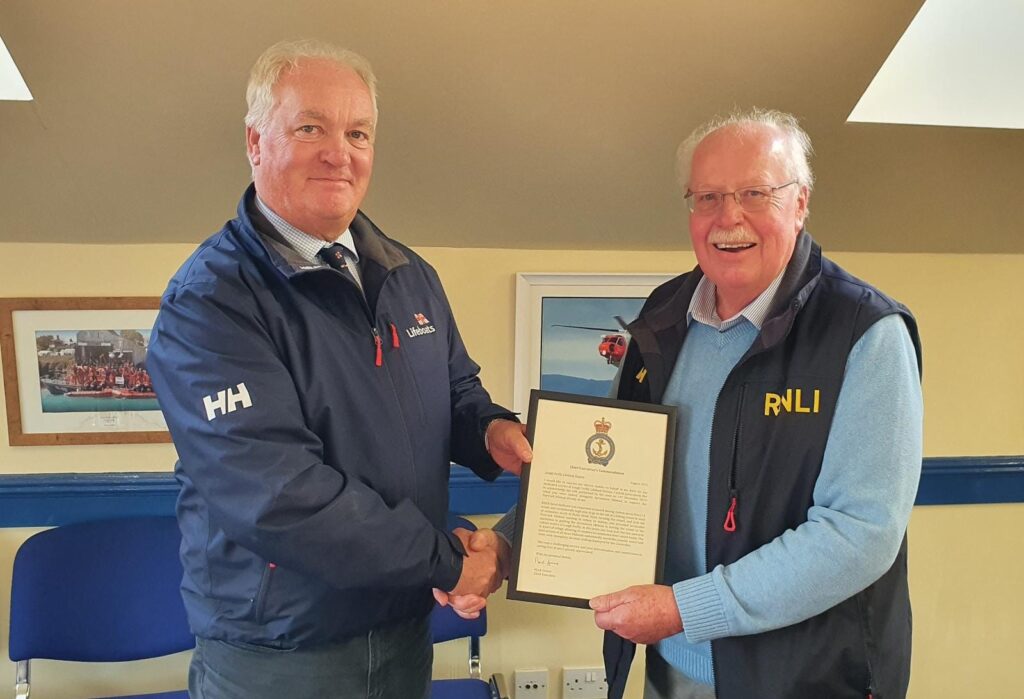 Lough Swilly RNLI Lifeboat Operations Manager John McCarter, who accepted the award on behalf of the lifeboat crew said, ‘I am always proud of our crew but their actions that night were nothing short of incredible. To be at sea for such a long period is one thing but to do it in incredibly challenging seas and alongside our colleagues, was a lifesaving mission like no other. I am grateful to the RNLI for recognising the commitment and dedication shown by the three lifeboat crews involved.’

Portrush RNLI Coxswain Des Austin Cox added, ‘It was a challenging service for all the lifeboat crews and to be at sea with both Lough Swilly and Arranmore, showed the incredible working relationship between our stations. We train for every type of callout but when you are in those conditions, it is great to be alongside your neighbouring lifeboat colleagues. My thanks to the crews who answered the call that night and I am incredibly grateful everyone came home.’ 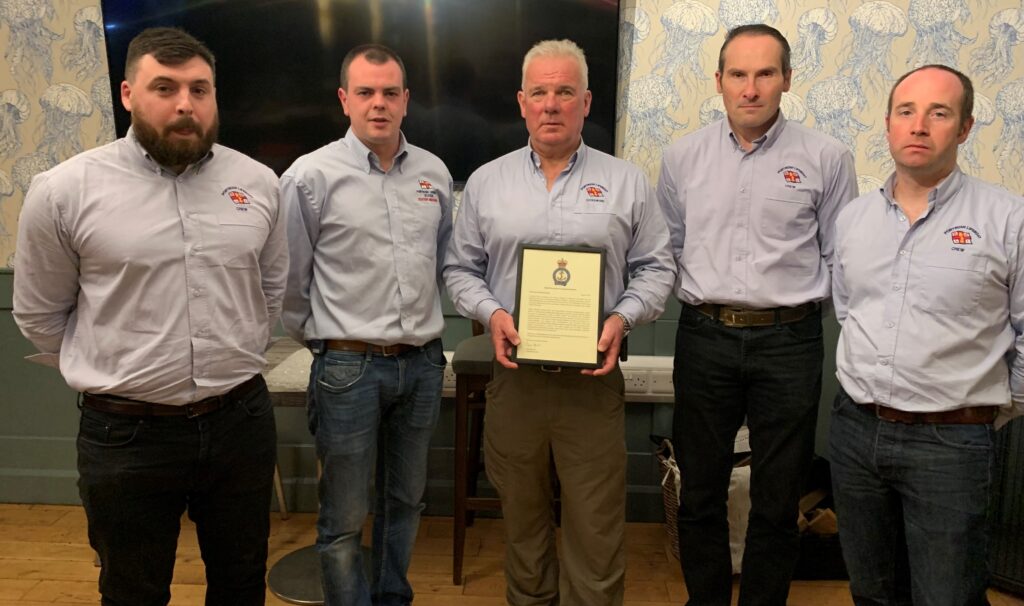 The framed Commendations will be put on display in the three lifeboat stations.