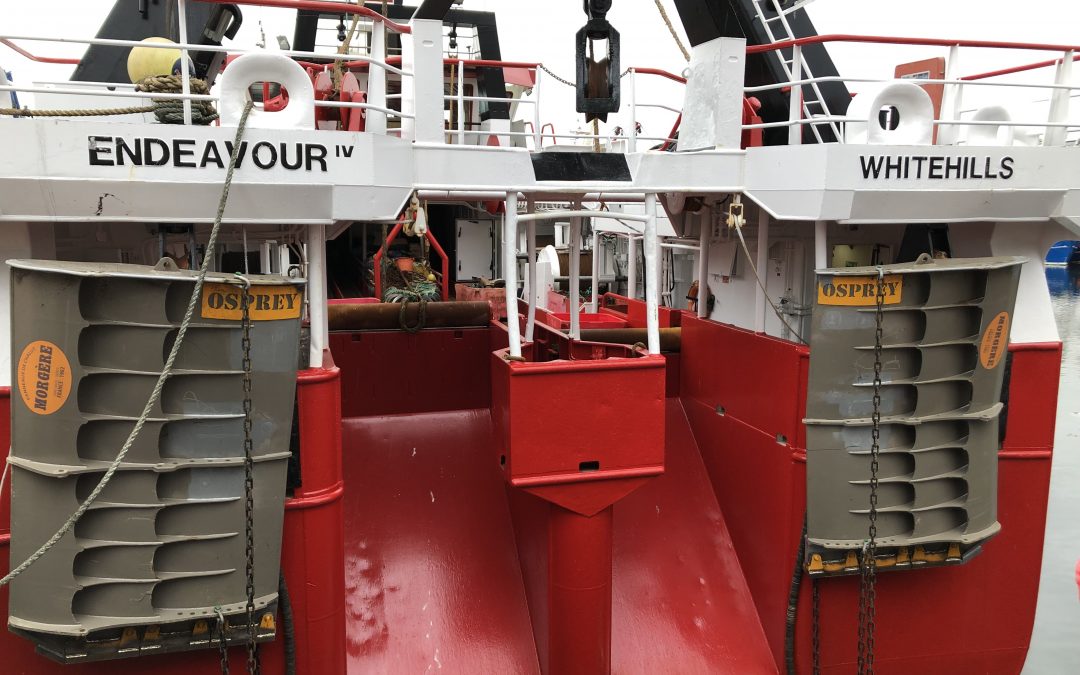 The Lovie family, who fish out of Kinlochbervie with their two demersal trawlers Endeavour IV and Venture II, have been achieving good results with their new Osprey trawl doors from Morgére.

The boats had previously fished with Exocet and PV3 doors supplied by Morgére but made the switch to Osprey earlier this year and have been delighted its performance. The new Osprey is a semi-pelagic trawl door and its special design ensures there is lower drag, which in turn reduces fuel consumption.

Skipper David Lovie, who works with his father, Peter, on the 29m Endeavour said: “There is definitely a fuel saving from using Osprey and they spread very easily, which is important to us. They are also easy to shoot and come up well.”

The Endeavour, and the 30m Venture skippered by Mark Lovie, target a wide range of groundfish species, as well as cod and haddock on grounds to the west and north of Scotland, often in challenging fishing conditions.

One of the attractions they find in using Morgére trawl doors is the excellent before and after sales service provided by the company, which with the most recent purchase of Osprey, included director Michel Dagorn travelling to Fraserburgh to help in the sea trials of the door.

“We have been using Morgére for over 20 years and the service they offer is second-to-none and that helps ensure we get the maximum performance,” said skipper Lovie.

Michel Dagorn said: “We are proud of our long association with the Lovie family and  are delighted that they find our doors suit their requirements and deliver great fishing performance.”