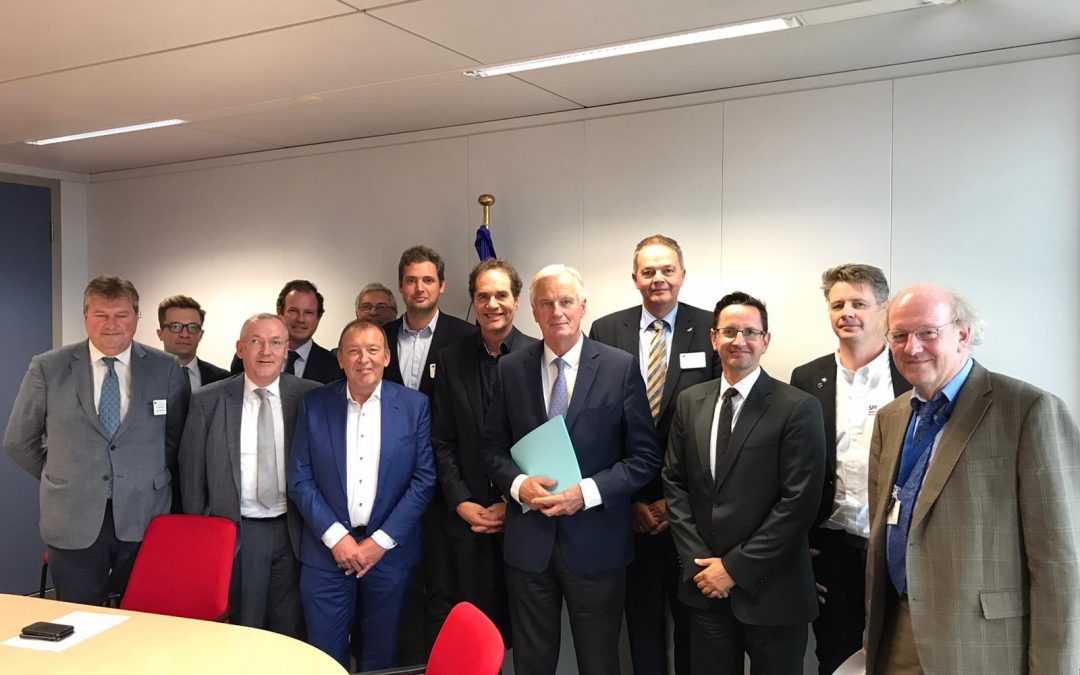 The Chief Executive of the Killybegs Fishermen’s Organisation has expressed his confidence that EU Chief Brexit Negotiator, Michel Barnier, is unequivocally supportive and committed to working for the European fishing fleet as Brexit fast approaches.

Seán O’Donoghue was part of a European Fisheries Alliance (EUFA) delegation which met Mr Barnier in Brussels on September 25th last. Speaking following the meeting, Mr O’Donoghue said he was very pleased with the frank and very constructive exchange of views as well as Mr Barnier’s unwavering commitment to achieving a balanced Brexit agreement that lays the foundations for a strong future relationship.

“There is a deep appreciation by Mr Barnier and his team of the major issues facing the industry in both a “Deal” and “No-Deal” scenario,” said the KFO CEO.

“We emphasised that even if the withdrawal agreement and/or the political declaration were to be amended in this final phase, the close linkage between fisheries and the wider trade relationship is essential. Mr Barnier fully supported this linkage. Negotiating our future relationship in fisheries in the overall context of the Future Trade Agreement (FTA) is of paramount importance to maintain existing access to fishing waters and existing resource allocations and must therefore be addressed in the overall political context.”