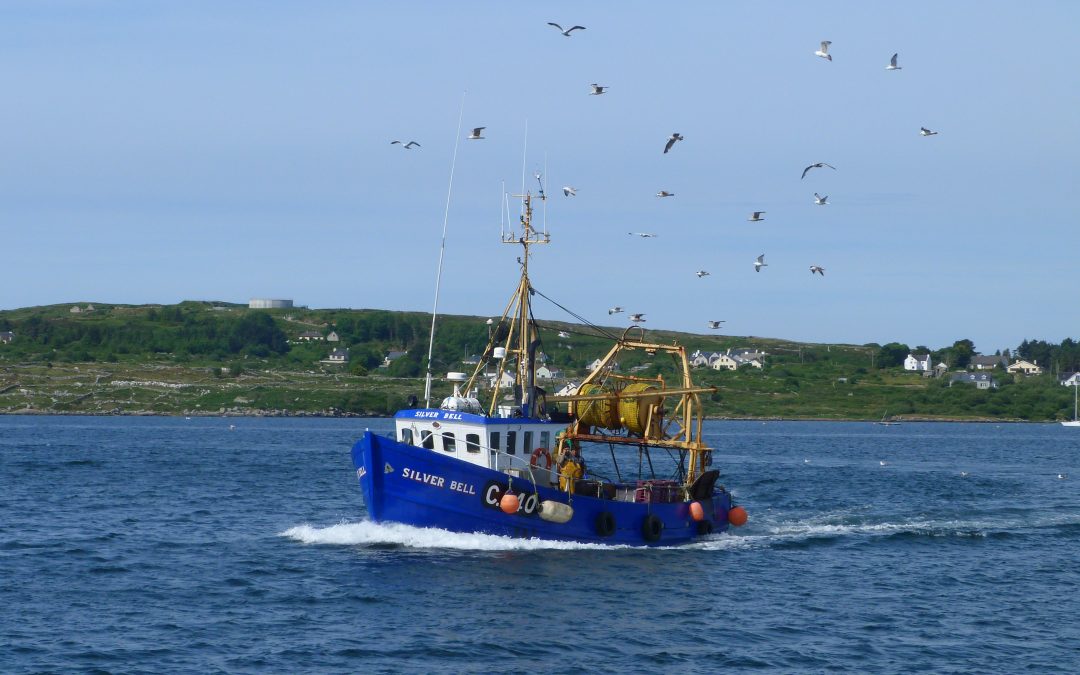 Well into the campaign now, fishing hasn’t been a topic that has commanded much attention or received much airtime from the main parties contesting this election. Last night’s leaders’ debate didn’t break that silence.

Most of the parties (if not all) do, however, have something to say about fishing (or at least the Marine) in their election manifestos. Launched late this afternoon (January 28), the latest to be unveiled is Sinn Féin’s manifesto  – ‘Giving workers and their families a break’.

Arguably, Sinn Féin has traditionally been a strong voice for Irish fishermen and women, both at home and in Europe. So what does their 118-page manifesto say about fishing? How are Sinn Féin going to give fishermen, women and their families a break?

If elected, Sinn Féin is promising to prioritise securing a ban on super trawlers with more effective controls and monitoring in the interim.

They state: “Waters and fish stocks are some of our most valuable strategic resources and Sinn Féin is determined to rejuvenate the fishing industry, making it environmentally sustainable and economically viable for ordinary, local fishing communities.

“Years of neglect and mismanagement by successive Governments have thwarted the potential for a vibrant, sustainable and valuable fishing industry.

“European regulations, rigidly and enthusiastically enforced by successive Irish Governments, have hurt fishermen, held back our fishing industry and hampered economic growth in coastal communities to the extent that people have zero confidence in the Government taking control and standing with our island and coastal communities.

“Super trawlers are highly destructive, contribute nothing to the Irish economy and have a history of illegal and unethical activities. A Sinn Féin Government will fight for an EU level ban on super trawlers until that is achieved, we will work towards the strictest possible controls and monitoring of super trawlers.

“Irish authorities have the power to monitor and board boats in our waters and we should be using these powers to the fullest possible extent. We advocate the compulsory installation of CCTV onboard super trawlers to monitor their fishing and processing facilities to stop illegal or unethical practices such as under-reported fishing.”

With respect some of the other worries facing the Irish fleet, in terms of Brexit, Sinn Féin say providing SMEs with the supports they need to respond to Brexit impacts is a priority.

Regarding the development of wind energy projects, they say: “Governments should do more to promote community engagement around proposed wind projects and opportunities for full or part-ownership by local communities should be encouraged. In these arrangements, shares of the energy and revenue generated come back to local owners and community”.

And on offshore wind specifically, they say: “We need a significant increase in offshore wind by 2030. To achieve this, Sinn Féin backs the centralised model for offshore wind development. Under this model, the final network is owned, maintained and operated by Eirgrid. This will allow Eirgrid to reach 80% renewables by 2030.”