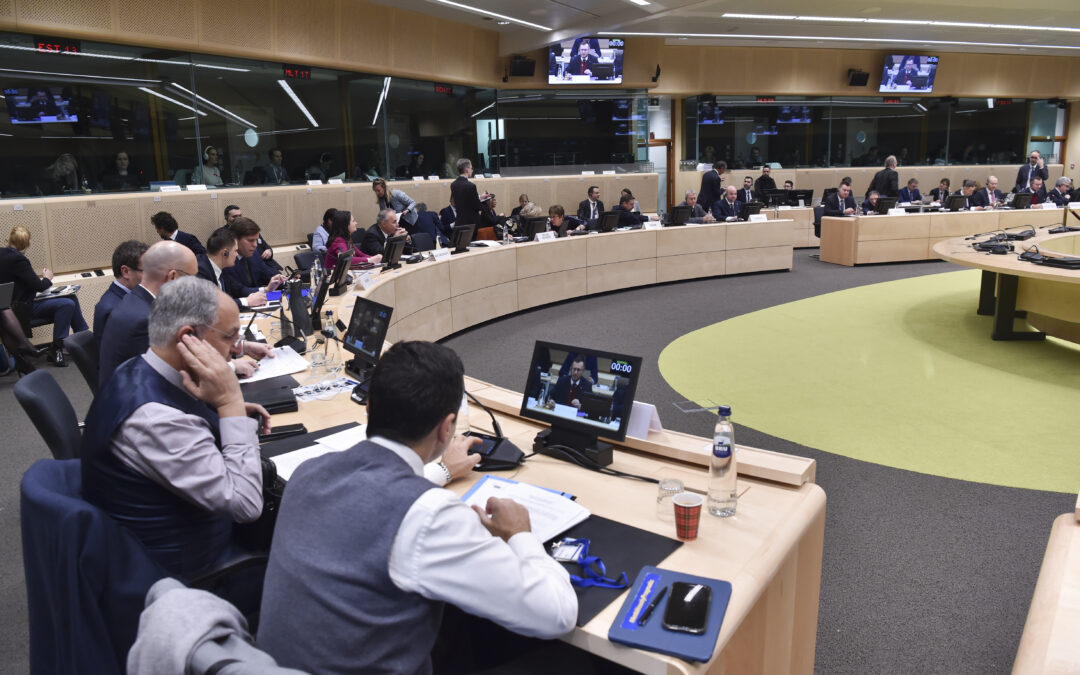 Following two days of negotiations, EU ministers agreed on fishing opportunities in the Atlantic, the North Sea, the Mediterranean and the Black Sea for 2023, as well as for certain deep-sea stocks for 2023 and 2024. Overall, the agreement includes catch limits (TACs), for over 200 commercial fish stocks. More than 100 of these stocks in the Atlantic and North Sea are co-managed with the United Kingdom. As discussions on bilateral EU-UK and EU-NO consultations on shared fish stocks are still on-going, ministers agreed on provisional catch limits for the first three months of 2023, pending final agreement. These provisional catch limits include a temporary roll-over of the existing fishing opportunities for the first three months with a 25% ratio to the TAC levels of this year, to cover the first quarter of 2023. For some fisheries where fishing takes place mainly in the first part of the year, this seasonality has been taken into account. Ministers agreed on a similar approach for stocks co-managed with Norwa

Minister for Agriculture, Food and the Marine, Charlie McConalogue, T.D. today welcomed the progress made on key Fish Quotas for Ireland . The Council has been agreeing provisional fish quotas to enable EU fishers operate from the first of January. In parallel, intensive work has continued to conclude a deal with the UK which would see full year quotas established for 2023 on the majority of stocks of interest for Irish fishermen, which are jointly managed with the UK.

Minister McConalogue said: “The EU negotiations with the UK on setting quotas for 2023 are at an advanced stage and I made use of the opportunities at the Fisheries Council to work with fellow Ministers. I also continued my discussions with Commissioner Sinkevičiusto ensure that Ireland’s priorities are protected.  My objective has been to set quotas based on scientific advice and rebuild depleted and overfished stocks. In general, I want our fishermen to have access to the maximum level of quota that can be sustainably fished, whilst taking account of the complex nature of mixed fisheries.  As the negotiations are almost complete, I am satisfied that the agreement will deliver on this objective.  We have positive advice on a number of our critical commercial stocks including Spurdog, Nephrops, Celtic Sea Monkfish, Hake and Megrim and North-west Haddock and Whiting.  I am satisfied, following the work done over recent days that we will deliver quotas that follow the increases advised by the science.   I am also supporting cuts where these are needed to reduce fishing pressure on stocks and restricted catch limits for depleted stocks.”

The Fisheries Council adopted provisional quotas for the first three months of 2023 as the EU/UK agreement is not finalised. These quotas will support fishing at the beginning of the year.  The Minister said: “I do not expect we will need these provisional quotas but they are an insurance policy to provide certainty for our fishermen.”

The Minister also said: “Negotiations with Norway were suspended. The atmosphere for these negotiations was negatively impacted at European level by Norway’s recent fisheries discussions with Russia.  My main issue of concern remains that Member States who benefit from an agreement with Norway pay their fair share in quota transfers.  I am working to limit the transfer of Blue Whiting and keep it at no more than 4% of the Blue Whiting global Total Allowable Catch (TAC).  I am also working closely with Commissioner Sinkevičius to restrict access for the Norwegian fleet to the Irish zone and in particular the area within 50 miles of the Irish coast.  I expect that negotiations will re-open soon and I am satisfied that Ireland’s key concerns are clearly understood and will be protected.”