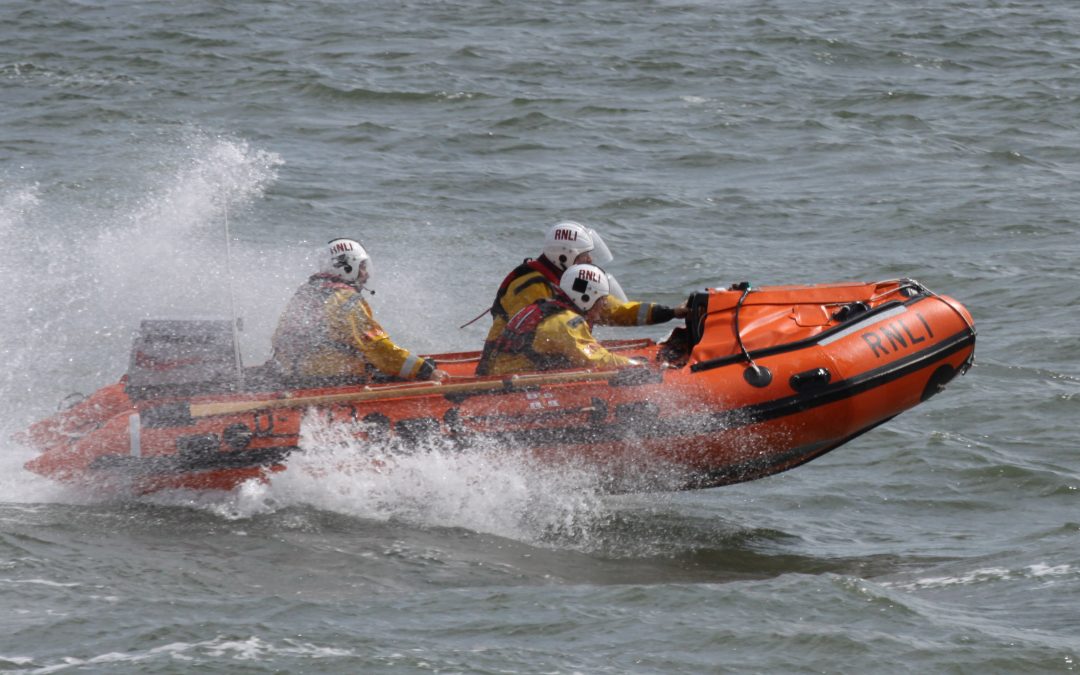 Yesterday, Jully 1st, Barrow Lifeboat Station’s volunteer crew launched their inshore lifeboat to go to the aid of a fishing vessel which had lost power at the south end of Walney Channel.

The call for assistance came from the HM Coastguard base in Holyhead, at 5.35 pm yesterday afternoon. The information received was that a 24-foot (7.3 metres) fishing boat, with two people on board, had lost engine power in the Haws Point area of the Channel, off the south-east end of Walney Island.

The crew was paged and the inshore lifeboat, ‘Vision of Tamworth’, was launched at 5.50 pm with Andy Baxter at the helm, assisted by Phil Wilcock and Phil Taylor. The lifeboat made its way to the scene and after assessing the situation, the decision was made to tow the stricken vessel back to its mooring off Roa Island.

With the casualty vessel and crew safe, the lifeboat returned to the boathouse at 6.30 pm where it was washed down and made ready for the next launch.

The weather at the time of the incident was clear. The wind was from the west, Force 3 and the next high was due 9.15 pm with a height of 8.2 metres.