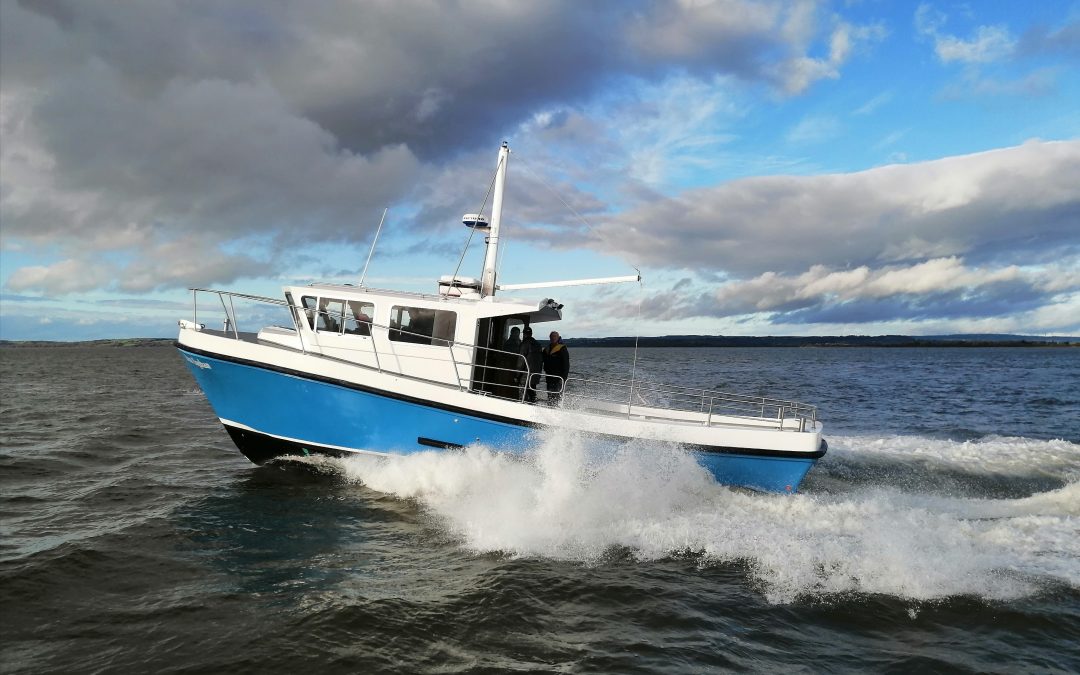 Ryan & Roberts Marine Services Ltd, who have been fitting out Lochin mouldings in Ireland since the mid-nineties are proud to announce the arrival in Ireland of all the Lochin moulds to include the 33, 36 and 40’ moulds, including all sub moulds and accessories.

Despite Covid-19 hitting the entire world shortly after the arrival of Lochin in Ireland, Ryan & Roberts have built two Lochin 40 tourism vessels.  The first 40 for Paul Devane of Portmagee is a sistership of the St. Sorney fitted out by Ryan & Roberts in the late 1990s. The main difference in the new boat is that it is fitted with twin 500HP Cummins allowing it to achieve 28 Knots effortlessly thus, achieving cruising speeds of 20 Knots very economically.

This craft, ‘Skellig Flyer’, has now completed its first year serving tourism in South Kerry, mainly on the tourist trail to The Skelligs.  Its speed and sea keeping has impressed both crew who operate it and tourists who travel on board.

The second Lochin 40 for Mr John McLoughlin who operates ‘Inishowen Boating Ltd’ on the northern tip of Donegal is a new design from Ryan & Roberts, incorporating a large wheelhouse with forward facing windscreens, which includes elevated forward-facing seating, giving comfort with excellent vision for all tourist passengers. 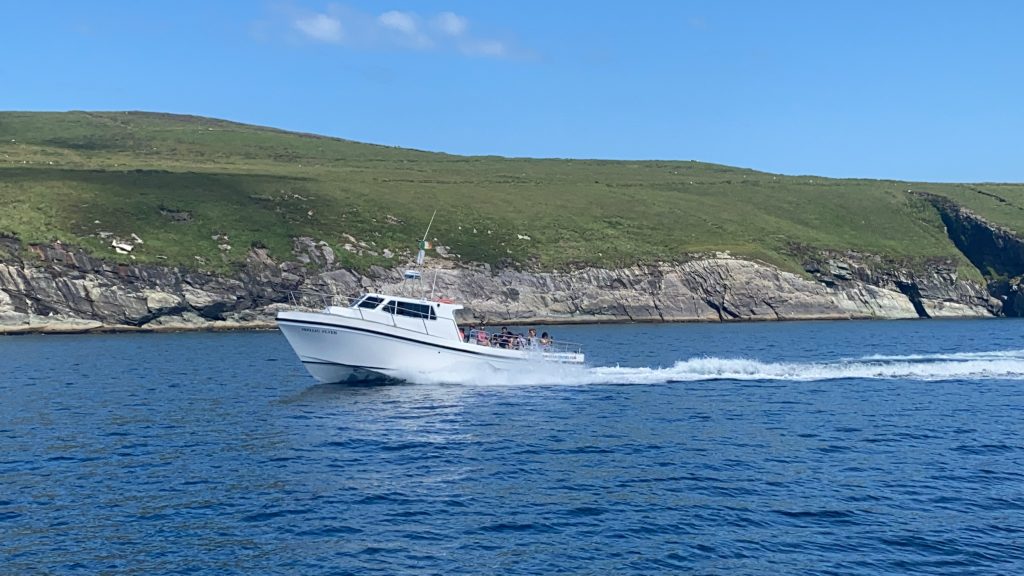 ‘Dun Eoghan’ is powered by a single 650 Scania, achieving a top speed of 26 Knots on trials, giving a very comfortable cruising speed of 16-17 Knots on 70% engine loading for economical cruising.  This craft was completed in September 2021 when it was trialled and then stored for delivery for the coming season beginning March 2022.

A new 10 metre potting boat is at present being built for Mr James McGonagle of Kincasslagh, Co Donegal.  Again, this craft is being built with a totally new designed super-structure to incorporate a small whale back and the new Lochin wheelhouse with forward facing windscreens which can be adapted for a multitude of wheelhouse sizes, including catamarans.  It is hoped to have this craft exhibited at the Irish Skipper Expo in Limerick in March as a part finished potter.

Ryan & Roberts are committed to continuing the very successful partnership with Lochin Marine UK and are hopeful of commencing the export of hulls and superstructures back to England for fit-out by English yards, thus completing the circle for Lochin, England to Ireland and back to England again.

After a two-year absence, proprietor Cyril Ryan is looking forward to meeting new and existing customers at Stand No 118 at Irish Skipper Expo 2022.