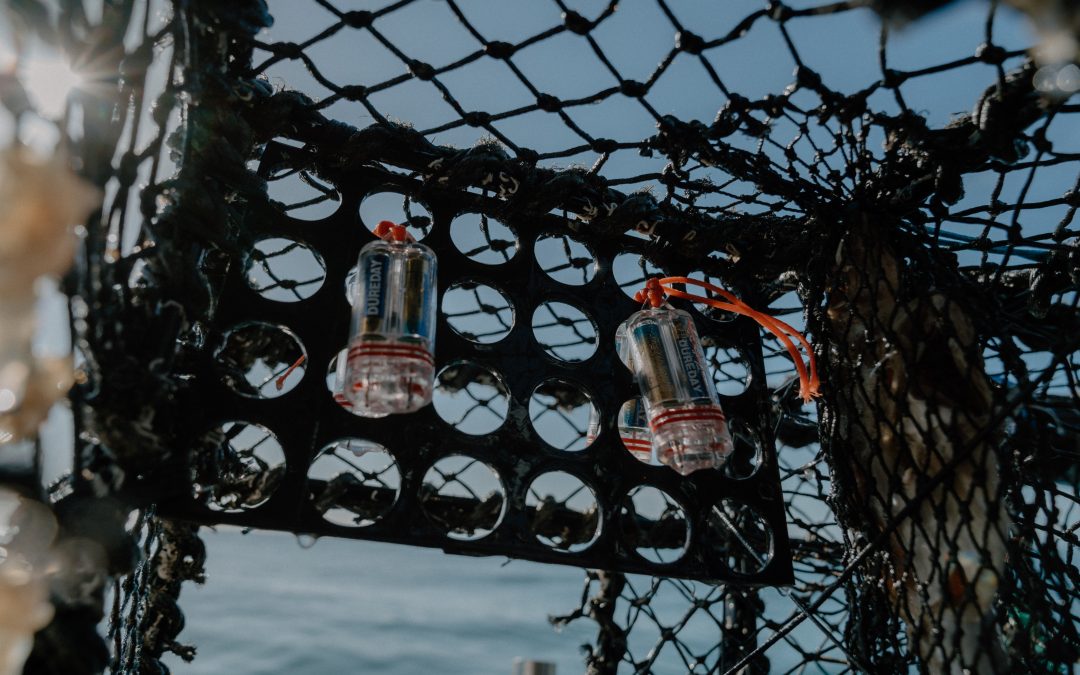 A partnership between marine scientists and fishermen in England’s South West has uncovered a new environmentally friendly fishing method for catching scallops using innovative illuminated pots which have been dubbed ‘scallop discos’.

Currently, most commercial scallop harvesting is carried out using dredges, a fishing method which is widely reported to cause extensive harm to sensitive marine habitats and species. This discovery, a global first, paves the way for the creation of a new low-impact inshore fishery which could reduce the pressure from scallop dredges.

Scientists from Fishtek Marine, a world leader in bycatch prevention technology, made the discovery   whilst trialling ‘PotLights’ which are small underwater lights used to ‘bait’ crab and lobster pots. They were invented by the Devon-based company to protect fish stocks by replacing the need to use fish to bait pots. 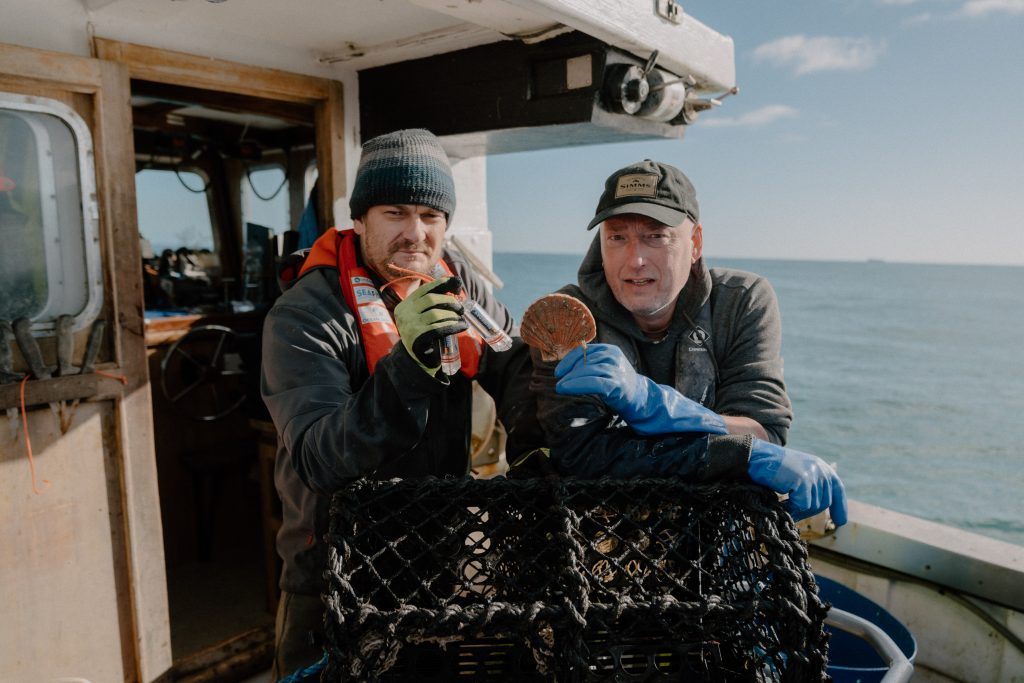 Working with Jon Ashworth a fisherman based in Newlyn, Cornwall, Dr Rob Enever and his Fishtek team discovered that the lights, combined with specially modified pots, were attracting unprecedented numbers of scallops in addition to the crabs and lobsters that Jon was targeting.

Scallops have 200 tiny eyes, so the lights proved irresistible to the shellfish. Dr Enever said: “I couldn’t believe my eyes! I was sceptical that it would work, but the first time we hauled the pots and saw the scallops inside we knew we had discovered something significant. It was so exciting that I could hardly sleep for a couple of nights!”

Funding from the UK government’s Seafood Innovation Fund delivered by the Centre for Environment, Fisheries and Aquaculture Science (Cefas) and Natural England, allowed further trials in which Dr Enever’s team tested several pot designs and proved the PotLight technique consistently attracts scallops. This discovery is just the beginning of an exciting work programme which, with further development, could transform commercial scallop harvesting. 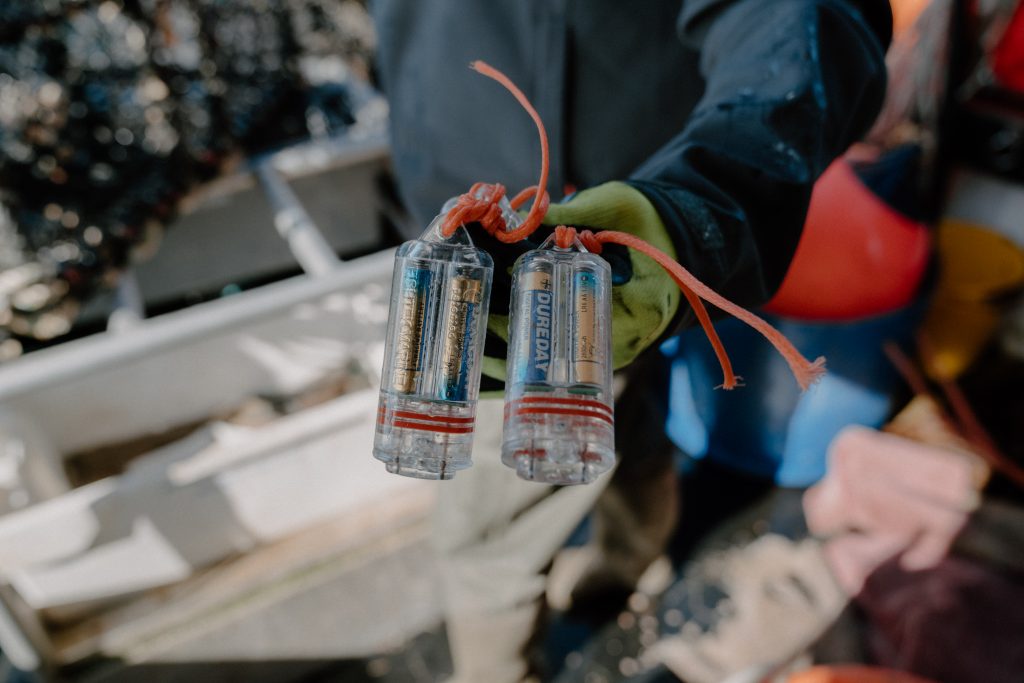 Fisheries Minister, Victoria Prentis, said: “It is great to see Fishtek Marine benefitting from our Seafood Innovation Fund, and developing a world-first method for catching scallops in an environmentally sustainable way. The funding is supporting innovation, helping industry use cutting edge technology and protecting the marine environment.”

Suzanna Neville, Seafood Innovation Fund programme manager at Cefas, said: “This is an important project that has the potential to make a real difference to the sustainability of the scallop fishery. The opportunity to transform commercial scallop harvesting has been made possible by providing funding for the development of early stage ideas. This is exactly the sort of innovative project that the SIF was set up to support, helping the UK lead the way in developing a sustainable seafood sector.”

With the help of local fishermen, pot makers and scientists from the Universities of Exeter and York, the team is developing two new pot designs specifically for retaining scallops attracted by the PotLights and is experimenting with different coloured lights. Each small light is powered by two rechargeable AA batteries. They are clipped inside each pot and can be used multiple times. 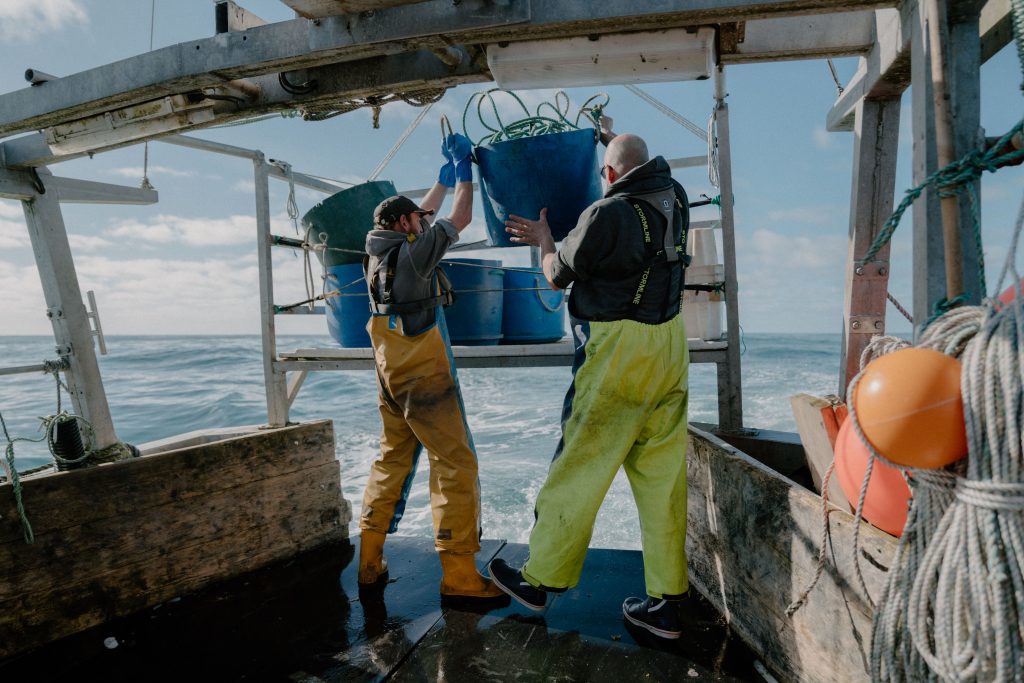 Results of the trials have now been peer-reviewed and published in the journal ‘Fisheries Research’.

Pete Kibel, co-founder and director of Fishtek Marine said: “The potential of this new approach to scallop harvesting is massive, offering notable benefits to the marine environment while creating a new commercial opportunity to fisheries around the world.”

He added: “Ultimately, the success of the trial is further evidence that collaboration between industry, scientists and government bodies can drive product innovation and underpin sustainable fishing efforts.”

Jon Ashworth skipper of the FV Three Jays said: “The first day out was just excitement after excitement. Pretty much every pot that we hauled had scallops in them and yet every haul without lights had no scallops. It was conclusive, there and then. To have proven that lights can be used to catch scallops has got to have some awesome implications looking forward.”

Bryce Stewart, senior lecturer at the University of York commented: “This is one of the most exciting research findings I have been involved with in my career. We knew scallops were sensitive to light, but not that they could be attracted in this way. These findings have the potential to provide a valuable and low impact boost to inshore fisheries.”

Fishtek now plans to work with other inshore fishermen around the UK to develop the scallop potting technique with the aim of establishing a commercially viable low impact fishery.