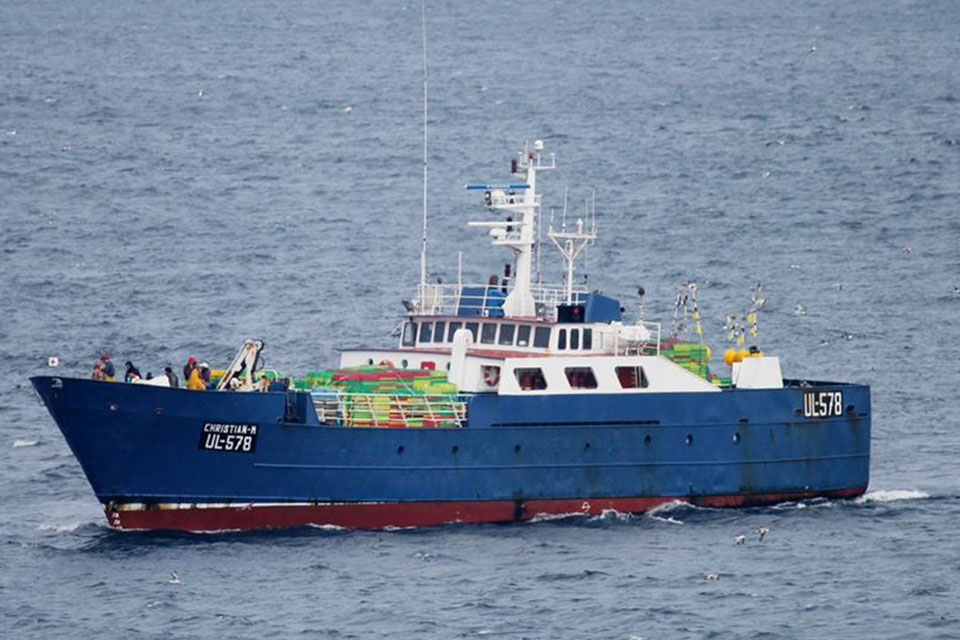 The UK registered flagship Christian M has been detained by the MSO in Dingle after the 13 indonesian crew presented at the local Garda Station claiming they had not received wages.

The vessel was previously detained in Castletownbere during November 2017 for 10 days after the crew left due to a cockroach infestation.