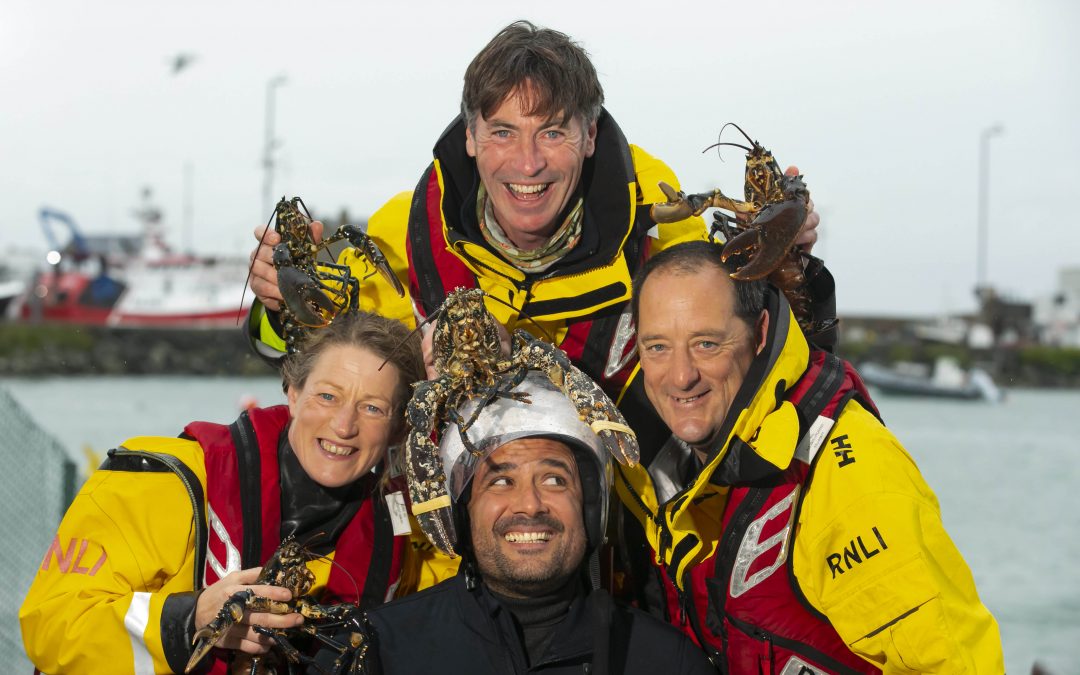 For the month of October, the RNLI is asking people to take part in the lifesaving charity’s annual foodie fundraiser, Fish Supper, to help save lives at sea.

The RNLI is encouraging people to come together with friends, family or their local communities, to have fun and enjoy a fish-themed dish to help save lives.

The RNLI is an on-call 24/7 search and rescue service operating forty-six lifeboat stations around Ireland. It relies on the generosity of the public to fund its lifesaving services. The charity’s volunteer lifeboat crew members often sacrifice their own mealtimes and special occasions to answer their pagers and help those in trouble at sea.

Niall Sabongi, Dublin Chef, Fishmonger and Restaurateur is backing the RNLI’s fish supper campaign by asking his customers at Klaw restaurant and café in Temple Bar to donate €2 on top of their meal for the month of October to help save lives at sea. He will also be asking the customers of his Sustainable Seafood Ireland (SSI) business to do the same and support Irish lifeboat crews.

Speaking on the campaign, Niall said, ‘I am delighted to support the RNLI’s Fish Supper campaign. In my business we rely on small fishing boats around the Irish coast to bring in our fresh catch and supply restaurants with the best in Irish fish. This time of year, we are getting into rougher weather and stormy seas and it is good to know that the RNLI are there if we need them.’

Anyone can sign up online to host their own Fish Supper for friends and family or simply join in with the raft of Fish Suppers being organised by local RNLI fundraising teams, lifeboat crew volunteers and businesses across Ireland for the month of October.

The RNLI is busier than ever with over 1,500 volunteer lifeboat crew members in Ireland providing a 24-hour search and rescue service. In 2018 lifeboats were launched 995 times, bringing 1,351 people to safety. Of that figure, 18 people were lives saved by the direct action of the lifeboat crews.

‘If you can’t get to an event or don’t have one near you, you can host your own Fish Supper, and it doesn’t matter if you’re a culinary connoisseur or a novice cook, we’ve got recipes for everyone on our website, including vegan and vegetarian options. If you fancy rustling up a three-course meal or just a fish finger sandwich, the money you raise could help save lives at sea.’

Visit RNLI.org/fishsupper to download your free party pack, including a fun fishy quiz and party materials. There are also recipes from celebrity chefs including RNLI Fish Supper Ambassador Derry Clarke to whet your appetite.