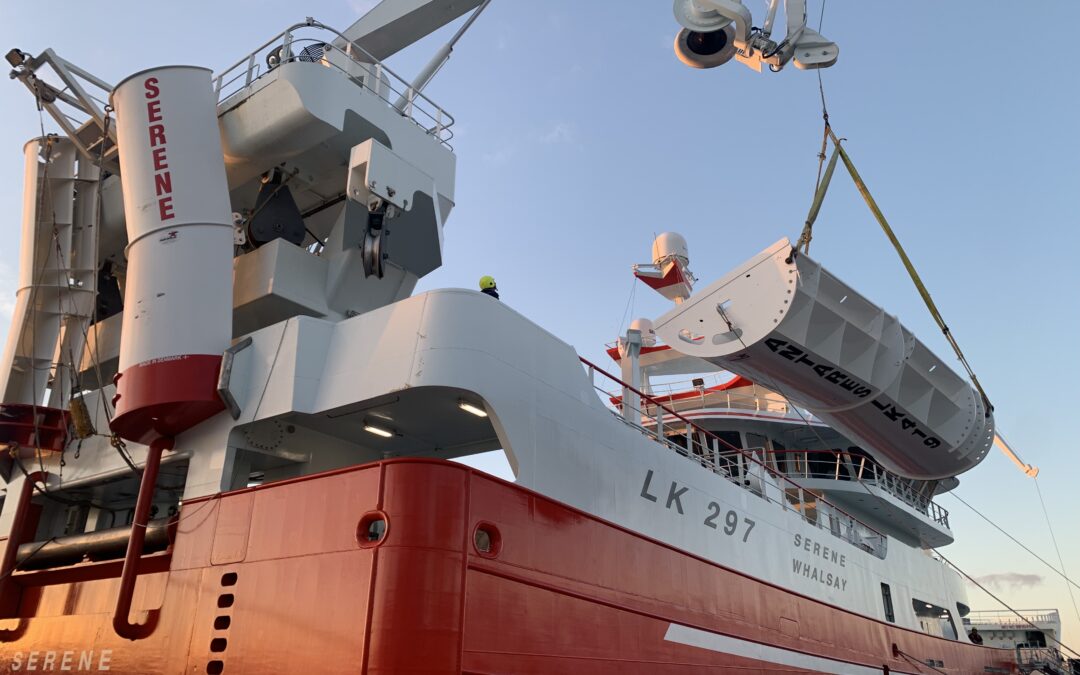 The WiFi controllable trawl doors have been under test and trials for several years and finally Thyboron  are so satisfied with the feedback from  trials  that they have now made them 100% commercial and are open to sell and customize a system to each of their customers that would have the needs or interest in a set of remote controllable pelagic doors.

The controllable doors have multiple  features, primarily that you can pre-plan the doors behavior via WIFI from the bridge. For example, it is possible to set a targeted fishing depth of 100 meters. Then, regardless of a turn, side current or change in speed or wire ratio the doors will adapt and stay in 100 meters.

With the wireless communication system it is possible to send commands to the trawl doors and make changes while fishing and the doors are under water. 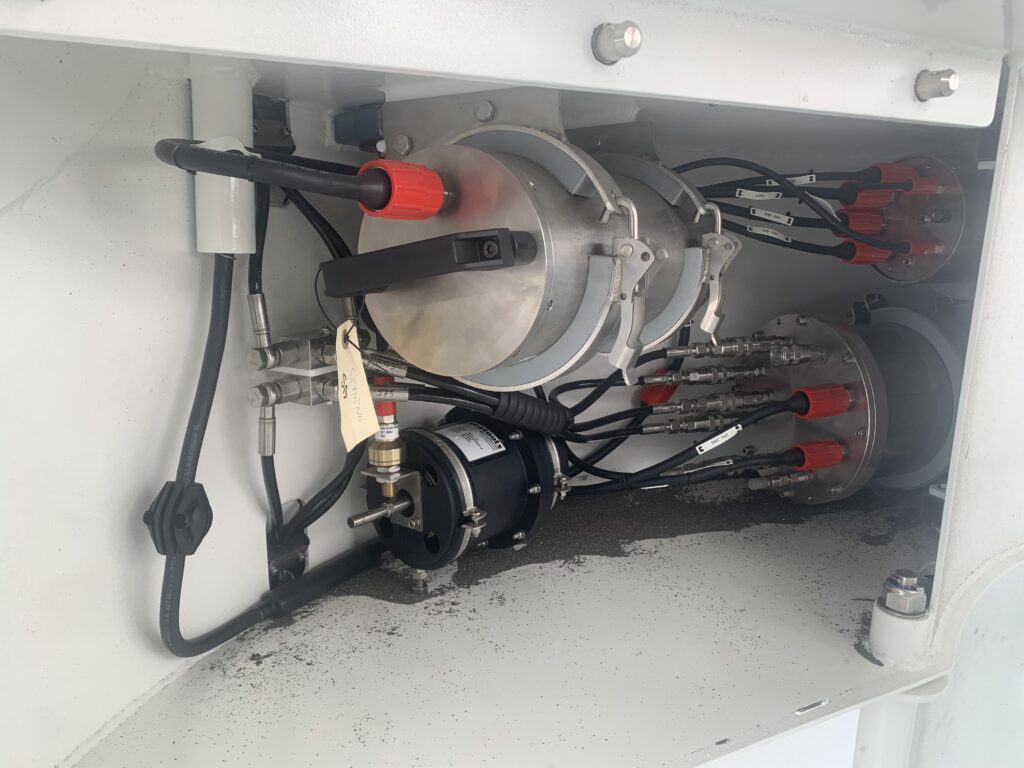 The area / spreading force of the trawl doors can with this system be changed by 27%, so basically when purchasing a set of 15m2 doors, you have every sizes covered all the way down to 10,95m2.This becomes extremely useful for the vessels who operates different fisheries.

Another important feature is that with these doors you avoid any danger for the crew when adjusting the doors, since it can now done be from the bridge.

Danish RSW vessel “Themis” have been trialing the TYPE 32 BLUESTREAM doors for multiple fisheries and are very satisfied with the advantages compared to older regular pelagic doors.

“Themis” have also reported that it is very beneficial when the crew have gone to bed and the  Skipper wants to make a small adjustment during the night, he can just change the setup on the trawl doors without having to wake up 4-5 guys.

Most recent test was done on the Shetland vessel SERENE who have bought a set of 15m2 controllable doors. On trials they shot the doors while being pre-set to keep 30 meters below the surface. The feature was tested with different wire lengths shot and while making a tow.

Everything stayed in line and when the crew of Serene had seen what they needed, they went home to Shetland carrying another set of TYPE 32 BLUESTREAM,s for  the L419 ANTARES. 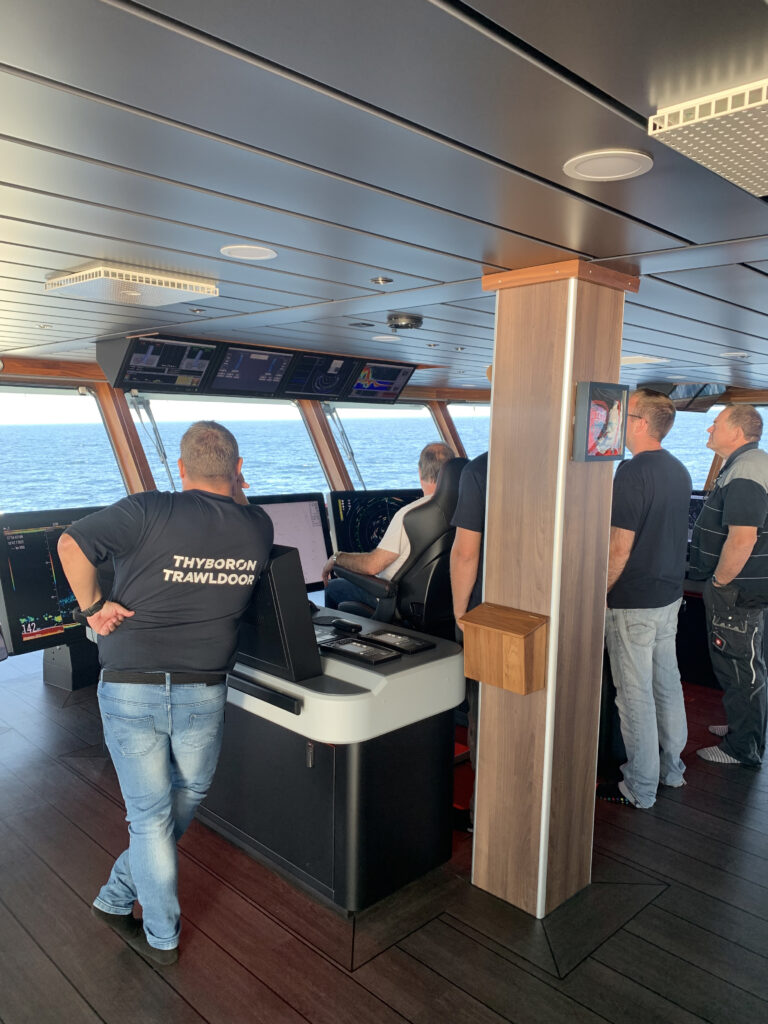