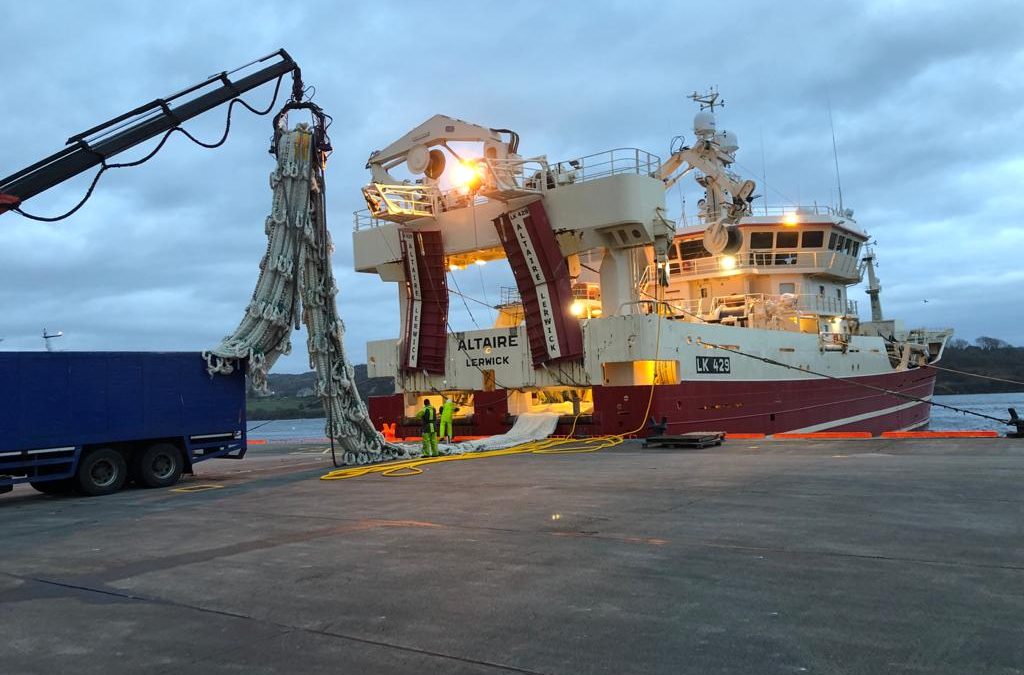 The Altaire arrived into Killybegs at the end of March to collect their gear from SNG who has extensive experience in the manufacturing of all types of pelagic trawls, codends and rigging solutions.  With design innovation and experience at the core of the company, SNG was able to deliver a range of quality gear products to Altaire. 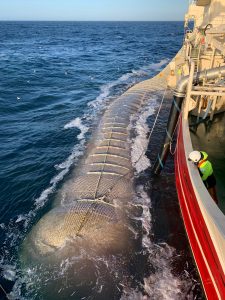 This trawl (New design) was build using the Helix self spreading Hydrodynamic Technology which allowed the trawl to reach its maximum spreading potential. Also, the trawls shoot and haul easily. Each panel is colour coded head panel Red/Green and foot panel in yellow.

The trawl has the Guider Style Design concept which allowed for great herd power, this concept included was introduced to the market a number of years ago by SNG and has proven very successful in various fisheries. Trawl Horizontal is a  spread of 240m vertical opening 137m tunnel reading 11m.

This trawl was also built using the Helix self spreading technology, and also has 8 panel tunnel arrangement. It doesn’t have the Wide Aspect/ Guider Style Design, but still this trawl has been very successful for SNG. Trawl Horizontal spread 228m vertical opening 137m tunnel reading 11m.

FV Altaire have now completed their Blue Whiting season 21, the feedback on the performance of the gear supplied by SNG has been positive.

The Blue Whiting fishery located of the West coast of Ireland every year is backed up by a 24/7 repair service by SNG experience technicians who perform their craft with pride and are committed to getting vessels back to sea as quickly as possible. 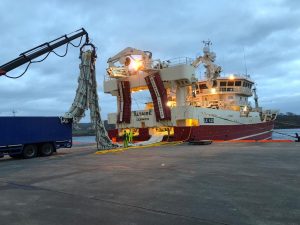