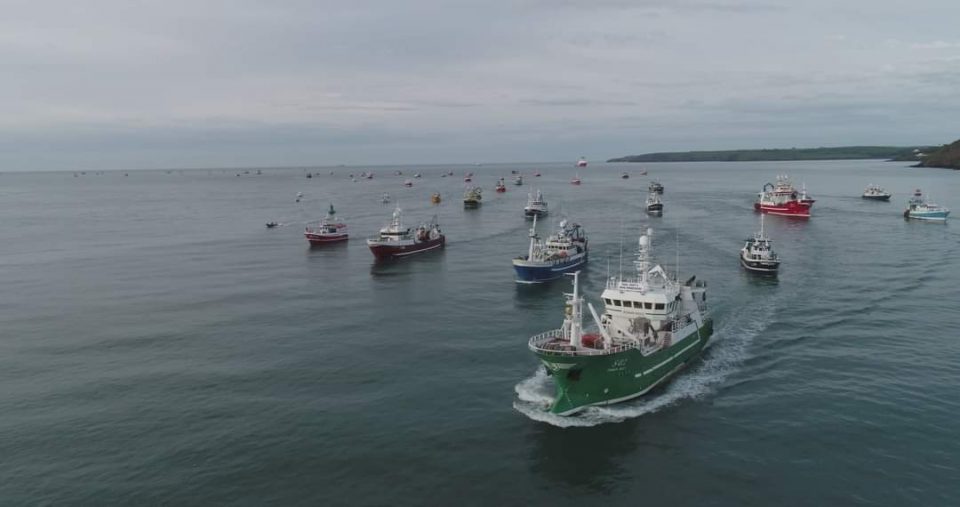 Fishermen in the South West of Ireland are actively considering a plan to prevent catastrophic environmental damage from the proposed Russian Military Exercise due to take place off the Irish coast in early February.

The impact of military sonar and live missile launches has the potential to severely disrupt the annual migratory path and breeding season of fish like Mackerel, Tuna and Blue Whiting in the waters of our continental shelf whilst also causing untold damage to marine wildlife like whales and dolphins.

Fishermen’s representative Patrick Murphy, CEO of the Irish South & West Fish Producers Organisation confirmed to the Skipper that a plan to peacefully intervene to disrupt the Russian war games is being actively discussed.

Mr Murphy said: “It is our understanding that live fire exercises cannot take place if there are vessels engaged in fishing in the area so we are discussing with our vessels owners and skippers a plan aimed towards concentrating the West Cork and Kerry offshore fishing fleet to undertake a peaceful protest at the military exercise location proposed by the Russians.”

“We understand that an aircraft exclusion zone has been announced for the area but we have not received any marine notice that prevents us from fishing this area that is situated inside our sovereign waters. Strangely enough if we managed to force them to relocate further west if would probably cause disruption to the large Russian fishing fleet that targets Blue Whiting annually during February just outside our 200 mile limit.”

“We regard our Members, as multi generational fishing families, to be guardians and custodians of our waters and support them in their efforts to protect and save this wonderful resource for future Irish generations to come.”

“Our waters are our greatest natural resource and as Irish fishermen we have a duty of care to protect them from potential widespread damage. For 50 years now we have endured the plunder of our rich seas by EU fishing fleets combined with the continued long term effects of seismic blasting from Oil & Gas exploration off our coast. Silly war games are a needless addition to the threats posed to our marine resource and the time has surely come for us to have a greater role in determining what activities by foreign interests are allowed on our doorstep.”

Concern has also been raised by the fishermen of the likelihood of increased submerged submarine traffic by both Russian and NATO forces transiting the Porcupine Bank fishing grounds off the west coast for the duration of the exercises. 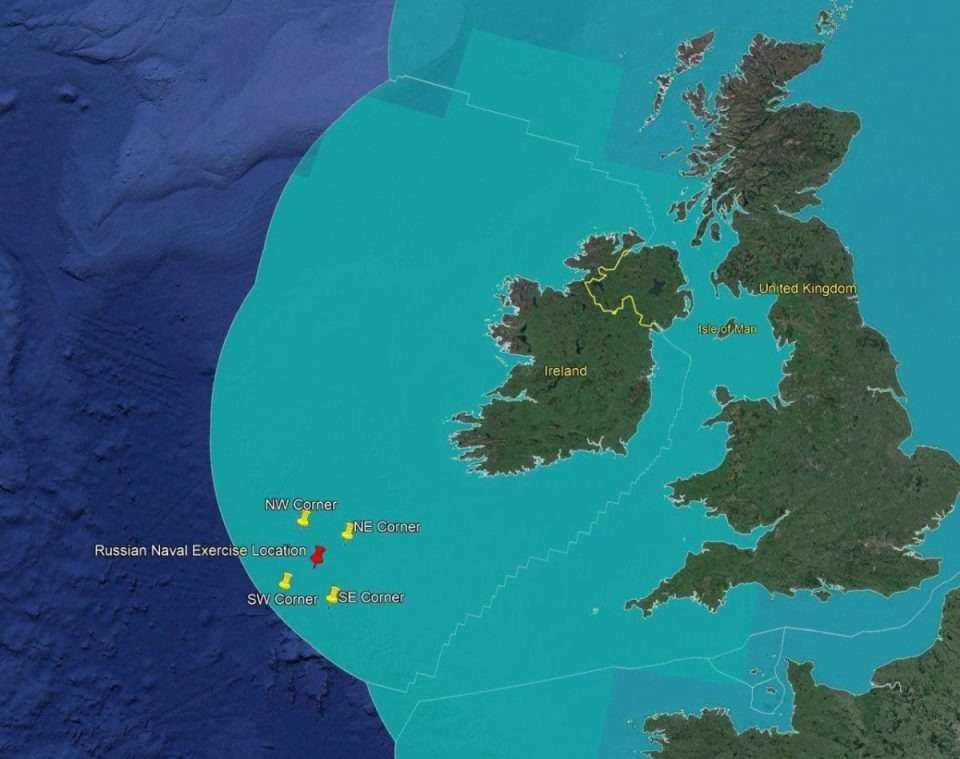 He Said “ A  submarine was involved in an incident in 1982 in which the Irish trawler “Sharelga” sank some 30 miles off the Irish coast narrowly avoiding a loss of life for the crew. We have had several close encounters since then where serious incidents were experienced involving fishing vessels and submerged submarines involved in military exercises that failed to surface”

“The seas around Ireland are our workplace and while it can be a dangerous and hostile environment to make a living from, we and our natural resources deserve the right to protection from unnecessary and dangerous actions by foreign powers”

Dingle based Marine Biologist, Kevin Flannery, highlighted to The Skipper the consequences of allowing these military manoeuvers take place so close to our coast

“The consequence of naval exercises throughout the world’s oceans and seas have been well studied and documented, and their effect on especially whales and dolphins show increased strandings and mortalities for weeks after.

we will witness the end results of such war games on our beaches in the next while ,with any numbers of dead Whales, Dolphins and Porpoises being washed ashore.” He said

“As most fishermen know, and are well aware of, the other impacts on their livelihoods from these naval activities is the disappearance of certain fish species.

The fish shoals have to change their traditionally movement patterns due the constant noise bombardment, be it from seismic activity which has resulted in prawns disappearing from the Porcupine grounds for weeks on end , to the movement away by schooling species such as Blue Whiting, Mackerel, Tuna and others relocating away from a serious rise in sonar pinging

He concluded by saying: “Irish waters I suppose are well used to the exploits of foreign powers and their fleets that come to plunder our fishing resources, and once again the Irish fishing industry and its fishermen find themselves  in the middle of a war game allowed by international treaties that will never take into account the coastal communities way of life”