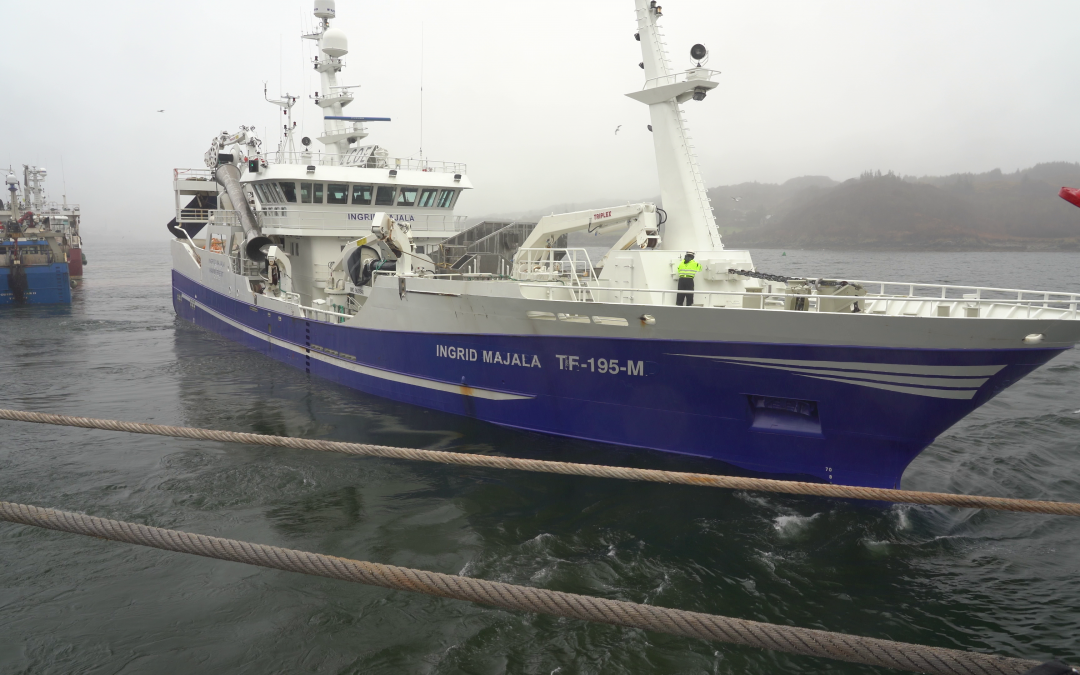 The failure to permit the landing of fish from a Norwegian vessel reflects badly on Ireland!

Ireland is an equal member of the European Union, and as such we abide by the same rule book and regulations as all other member states, had the Norwegian vessel “Ingrid Majala “attempted to land in France, Belgium, Spain or any other EU Coastal State; they would have been permitted to do so and furthermore the integrity and quality of their fish catch would be preserved and the catch would enter the food chain.

Regrettably, this is not the case in Ireland and similar to the Danish Vessel “the Ruth “last week, perfectly good nutritious Blue Whiting, that was destined for markets with long established customers in West Africa, Ukraine and other countries; was presented with no alternative other than for the catch to be processed for non-human use – such as animal feed or other products.

This is the crux of the problem that the fish processors face in Killybegs each time a monitored landing is called on Blue Whiting catches; do they place perfectly good human consumption food in to the animal feed chain, because at present under the rules being overly interpreted by the competent authority, no other options are presented to them upon landing. At a time of growing global concerns about food certainty and supply we are removing perfectly good food from the food supply chain due to over regulation of an industry.

At a critical time when inflation is affecting the household incomes of everyone, to deny the opportunity for these workers to earn an income is a national shame. These seasonal workers work hard for their money, and due to the seasonal nature of fishing and the reduced quota opportunities each day they can obtain work is critical for them. This is completely lost on those that implement and enforce these nonsensical rules, rules we add, that are in no other EU Member State. To bulk weigh blue whiting without the medium of water is not possible and cannot be done without destroying the product.

Alternatives do exist, the Irish High Court under a ruling handed down by Justice G. Simmons compelled the SFPA to approve the pierside weighing system, had the SFPA opted to use this weighing system, which the SFPA have both approved and used over the past year and correctly weighed over 14,000 tonnes of fish – then this issue would never have arisen. The SFPA unreservedly accepted this judgement ruling.

Alternative solutions need to be reached and implemented without delay, and the mentality of forcing the impossible on the fishing sector needs to cease, the Irish Fishing industry has absolutely no difficulty with control or monitored landings but it is essential that the rules apply across the EU equally and fairly and that is simply not the case at present. It is in the best interests of the Irish Fishing industry that there is a vigorous control regime – we support that, but that has to be done with regard to the quality of the fish landings, the right for fish processors to land fish for human consumption without destroying it, just as it is the case in every other EU coastal state……

“equality is not just the reserve of the other members of the Common Fisheries Policy – it is for us Irish too”.