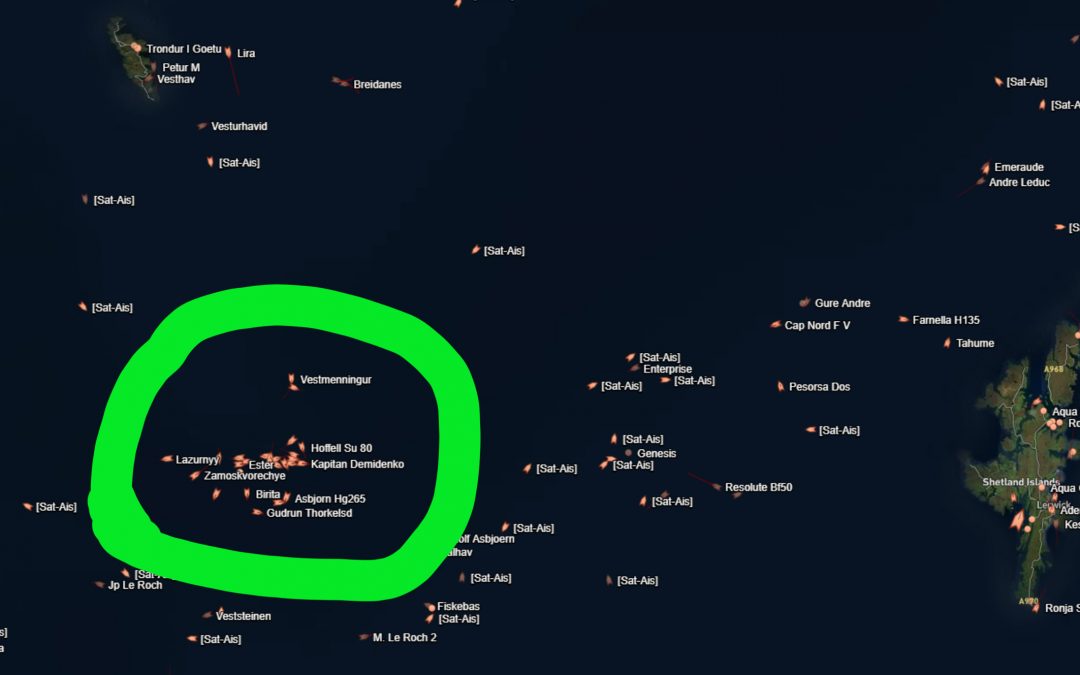 A Shetland pelagic fisherman has written to Prime Minister Boris Johnson calling for the UK to take action over Russian midwater freezer trawlers fishing for blue whiting in the UK’s shared zone with the Faroe Islands.

Colin Leask, who is the 1st Mate of the Shetland pelagic vessel, Altaire (LK429), says 75,000 tonnes of blue whiting are being fished west of Shetland by Russian factory ships in UK waters.

At the time of writing his letter, he stated that just 100 nautical miles due west of Shetland, inside UK waters, there were 11 Russian factory ships fishing blue whiting. Not only were these vessels freely towing their nets inside UK waters whilst under sanctions against Russia, they were also fishing on a “ridiculously inflated” quota of 75,000 tonnes, which was granted to Russia by the Faroese Government, with there being a loophole that enable the Russians to then fish inside UK waters.

Colin Leask wrote: “With Russia still carrying out horrific atrocities against the Ukrainian people on a daily basis, and with the EU and UK supposedly having strict sanctions set in place against Russia, how are 11 Russian Factory Ships allowed to openly fish in UK waters?

“Secondly, regarding fishing access and quota distribution, how can the Faroese Government be in a position to grant Russia an allocation of 75,000 tonnes of blue whiting quota to be fished within UK waters? This 75,000 tonnes allocated from Faroe to Russia is actually 28.5% more than the allocated quota given to the entire UK pelagic fleet for fishing within its own waters. With the total UK blue whiting quota for 2022 only being 58,939 tonnes, how is a third-party country allowed to be allocated more quota within our waters than our own UK vessels?”

He continued: “After a lot of searching on the internet trying to understand why and how these Russian freezer trawlers are fishing beside us in UK waters, I managed to find a bilateral agreement called the ‘Forty Fifth Joint Faroese – Russian Fisheries Commission Agreement’, which was signed on the 26th November 2021. Within this agreement there was a mutual quota allocation set in place for the 2022 fishery, with Faroe authorities permitting Russia access into their waters, including a special shared zone between Faroe and the UK, which is south of the Faroese border line but within the UK sector. How can this be an equally shared zone when 100% of the zone is inside UK waters?”

He added: “This irresponsible allocation of quota by Faroe in the long term will be devastating for the UK pelagic sector.”

Read the full letter below: