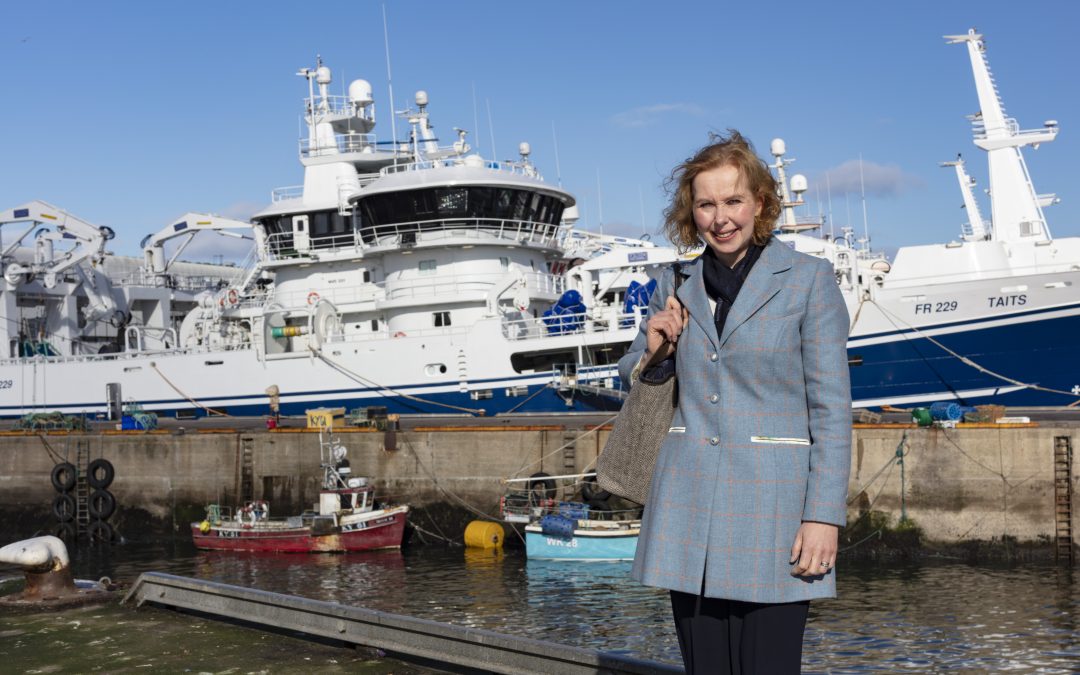 As talks between the EU and UK resumed this week, Scottish fisheries leaders have reiterated their Brexit demands.

Scottish Fishermen’s Federation (SFF) chief executive Elspeth MacDonald said the UK’s departure from the EU and its Common Fisheries Policy would allow the UK to become an independent coastal state and to control access to its fishing waters.

“This is an opportunity—the Sea of Opportunity—to re-set the dials on fishing in the future in the UK. Getting this right will give the Scottish fleet the opportunity, over time, to as much as double the amount of raw material that it catches and that can then bring benefit to the wider supply chain and to our coastal communities,” she said.

According to Ms MacDonald, the key to unlocking ‘these opportunities’ is controlling access to the UK’s Exclusive Economic Zone (EEZ).

“This is what all our neighbouring sovereign coastal states do – including the EU itself. Determining on an annual basis, who can enter their waters and what they can catch, and in every case, maintaining first call of their own natural resource for their countries’ benefits.

“And getting this right means there must be no concessions on access to fishing waters other than those granted through annual negotiations as an independent coastal state – again, just as all our neighbours do.

“The way to achieve this is through a standalone fisheries agreement with the EU. This is what the EU has with every other country with which it has shared fish stocks, and must be the basis of a deal on fishing between the UK and the EU.

“What we are calling for is no more and no less than international law permits, and what EU has with others, including our neighbours across the North Sea in Norway. We must have sovereignty over the resources in our waters when we leave the CFP.”

Ms MacDonald added that the SFF had never said it wanted to deny the EU fleet the opportunity to fish in UK waters.

“But we are very clear that we must control access to these waters, so that as an independent coastal state under international law, we can negotiate with the EU on an annual basis, just as it does with others,” she said.

“And we must redress the balance of quota shares, based on an approach called zonal attachment, a science-based approach based on where fish actually are, rather than on the historic fishing practises of almost half a century ago. This would give the UK a much fairer share of the quota in our own waters than the less than 40% than we are currently entitled to under the CFP.

“We just want to be like those who surround us, to take this once in-a-generation opportunity to redress the long-standing injustice of the Common Fisheries Policy, and determine who can catch what, where and when in our waters.”