Put Growth on Agenda for Seafood Sector in 2023 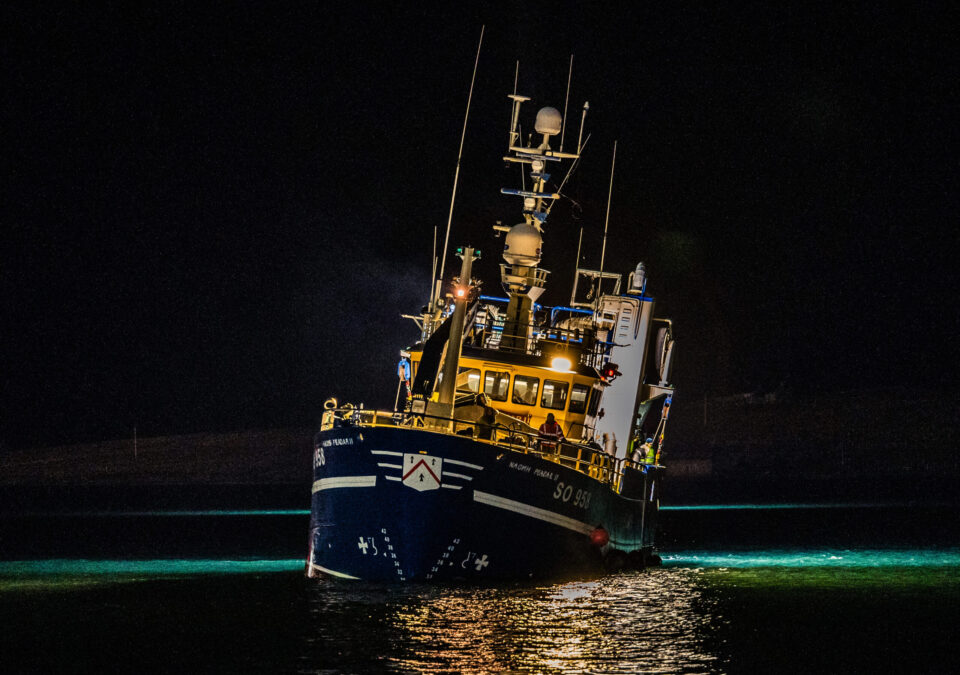 “Norway, a non-EU member with a similar population, delivered seafood export growth of 25 % in the last year alone. In 2022, their seafood exports were worth €14bn, compared to just €0.674bn for Irish exports. They have succeeded where we have faltered, as they now export 20 times the value of Irish exports annually, with EU markets accounting for 43% of this. Our economy and coastal communities should benefit from the resource our waters represent. Instead, other EU and non-EU fleets are increasingly permitted to catch more fish in our waters than the Irish fleet.”

“Yet the EU re-opens talks this week to consider Norway’s request to catch 450,000 tonnes of blue whiting.  This is over nine times the size of Ireland’s quota. Furthermore, Norway is seeking to catch most of their blue whiting quota from our stocks in Irish waters.”

O Donnell says the critical EU-Norway talks broke down in December and commended the Irish Government and Marine Minister for opposing an unfair deal.  “The EU must ensure fairness is central to any proposal to grant Norway greater access to Irish waters. Ireland cannot be expected to acquiesce to these new and additional requests for access unless we are offered a reciprocal arrangement.”

O Donnell says Irish fishing bodies appreciate that other EU States desperately want a deal with Norway to give them access to Norway for cod stocks. “But it is unthinkable, unjust and inequitable that everyone else should gain at Ireland’s expense.”

“It’s time the EU acted positively to support growth of Ireland’s seafood sector instead of constantly allocating us an unfair share of fishing quotas. Our quotas were decimated in 2021, dropping 15 % after the disastrous Brexit Agreement. Under this agreement, 40% of the EU quota transferred to the UK came from Ireland, far more than was taken from any other EU State. The national response to this has been to shrink the whitefish fleet by 30 % through a permanent decommissioning, instead of seeking a fairer quota. Most of our stocks are in a healthy state. We need fair treatment and to steer a new course if our seafood sector is to survive and grow, like Norway’s.”

Brendan Byrne of the Irish Fish Processors and Exporters Association says fishing bodies are united on this issue. “We acknowledge that other EU fleets want an EU-Norway agreement to give them access to Norwegian waters. But it cannot be at Ireland’s expense, so there must be something on the table for us too. We are open to reciprocal arrangements.”

“The Irish Government must maintain the position that any new access for Norway to our fishing grounds must be treated separately from the existing EU-Norway historical agreement. To cede any part of Ireland’s traditional fishing grounds requires a separate arrangement by the EU which compensates us for any displacement.”

Patrick Murphy of the Irish South and West Producers Organisation (IS&WFPO) says the Government “must be resolute and clear. If Norway are seeking access to any part, however small or large, of Ireland’s fishing grounds south of 56 degrees or east of 12 degrees, then this is a new request. Ireland must not allow pieces of these fishing grounds to be ceded away in a piecemeal fashion. A firm position must be taken until a clear arrangement is reached which benefits Ireland as much as Norway. Ireland must no longer attend the table as a perpetual loser, we must be prepared to walk away and refuse to countenance any additional unfair deal with a non-EU Member.”

Aodh O Donnell says Ireland has many things in common with Norway. “We have a similar population of five million, sharing a long maritime tradition. They have enjoyed successive years of compound annual growth of seafood exports resulting in impressive social and economic benefits to coastal communities. In contrast, the Irish marine sector has declined and stagnated during its 50 years of EU membership.

“We are now at a crossroads and Ireland must be prepared to maintain a firm unwavering stance. A radical re-set is required to resist unfettered access to our waters by non-EU countries. Ireland must be prepared to walk away unless a meaningful quota transfer is agreed, in return for giving Norway wider access to our blue whiting.  The Minister has already shown resolve on this matter, and he must insist a piecemeal deal is unacceptable. He has our full support on this crucial issue, to help turn the tide for our coastal communities.”