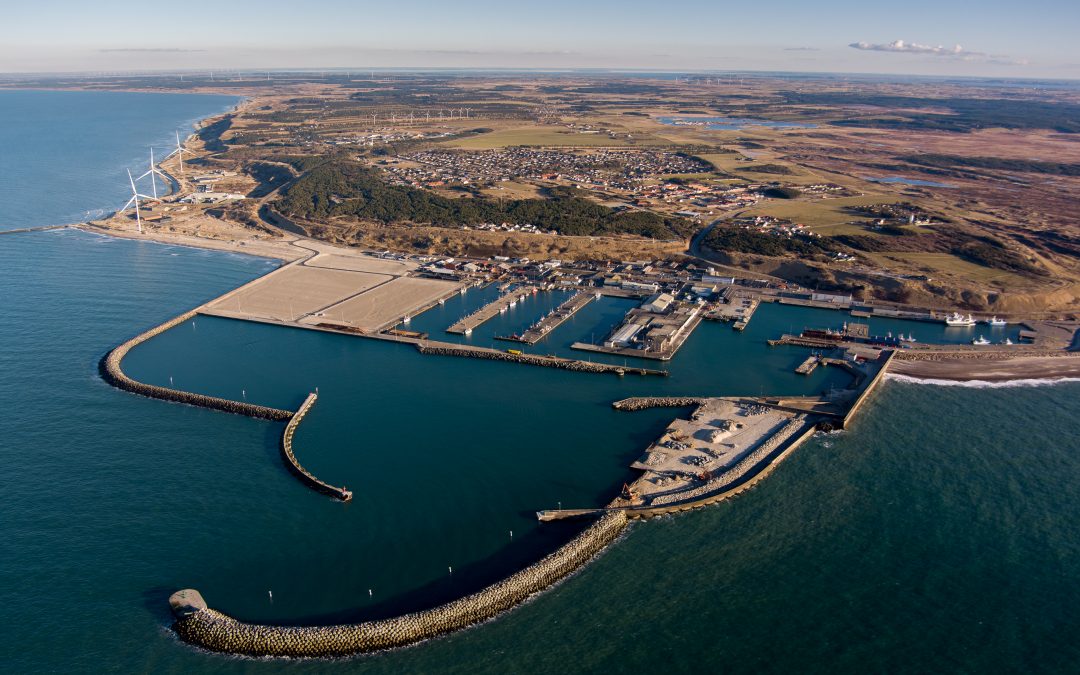 The Port of Hanstholm, which will be exhibiting at Scottish Skipper Expo 2022, has launched an ambitious energy revolution that will transform the port into a significant hub for green transformation. The focus is on renewable energy and Power-to-X – a term that has gained massively and is about turning electricity from renewable energy into ‘something else’. An example is e-methanol, a promising biofuel for CO2-neutral transportation.

Fishing and energy port
The Port of Hanstholm is known as Denmark’s leading port for edible fish. Hanstholm Fish Auction is among the leadings of its kind in Europe with a wide range of fish from the North Sea sold to all over Europe.

In the future, the Port of Hanstholm will not only be known as a leading fishing port, but also as an innovative energy port that contributes significantly to the green transition.

From wind turbine power to fuel
At the beginning of 2022, the Port of Hanstholm has entered a collaboration with the Danish developer of renewable energy, European Energy, who wants to build plants for renewable energy and Power-to-X.

Power-to-X is about making new resources using renewable energy. An example is hydrogen and oxygen, extracted when the energy is undergoing an electrolysis. Combining oxygen and collected CO2, the result is the green and CO2-neutral fuel e-methanol, usable for both land, water, and air transportation.

A great and green cycle
‘Hanstholm Energy Community’ is based on the ambition to create an innovative community, where one company’s waste will become another’s resource by bringing residual products and waste into play.

For example, the oxygen extracted from electrolysis is a valuable resource for aquaculture plants. The electrolysis also produces heat, which is suitable for supplying heating systems. And then again, a new by-product appears – cold water that can contribute to cooling e.g. the port’s auction facilities.

Port of Hanstholm, a fishing port of the future.