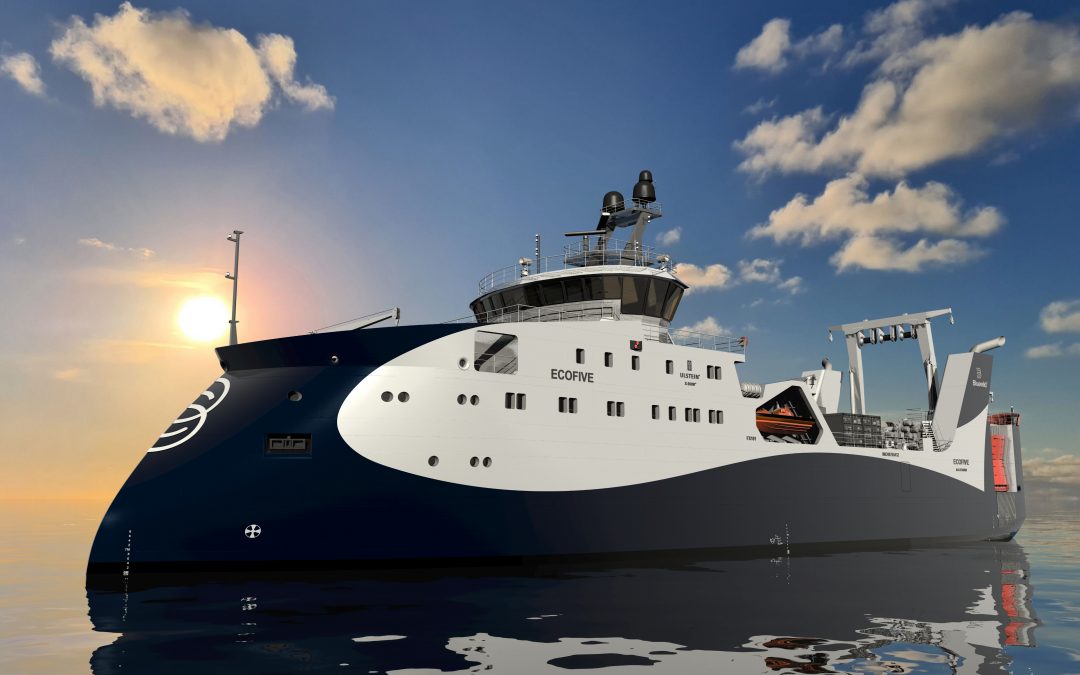 The fishing company Bluewild has entered into an agreement with Scottish Skipper Expo 2022 exhibitor Finnøy Gear & Propeller for their contracted factory stern trawlers being built in Norway at Westcon, and which are designed by Ulstein Design & Solutions.

The propulsion system is the result of an internal R&D project work meeting with the shipowners to tailor a solution that significantly reduces fuel consumption. An interdisciplinary development collaboration supported by virtual simulation and modelling at Finnøy led to a twin screw installation with high propeller efficiency.

Two large-diameter propellers with associated rudder nozzles placed in separate skegs increase towing force and manoeuvrability. When the vessel turns, less energy is used to change the direction of the vessel, and thus the towing force is maintained compared to a conventional solution with only one propeller and rudder.

Thus, Bluewild’s ambitious requirements for sustainability and reduced energy consumption are met. Reduced noise is the focus area for the propeller design, which is in accordance with DNV’s SILENT F notation and helps to reduce the total burden on the marine environment. The ripple effects of silent double propellers are increased resource utilization and catch per. litres of fuel as the fish will to a lesser extent be scared away from the vessel.

The propulsion system with selected operating modes is controlled from Finnøy’s 5th generation remote control. Simplification of interfaces for human-machine interaction is emphasized with the intention of ensuring safety on board. Among other things, motorized levers are delivered at bridge positions to increase safety during command transfer between the four bridge positions. When changing modes, algorithms and “Fuzzy Logic” are used, which results in seamless and simple work processes. Optimal operating conditions and broad flexibility are at the heart of the venture with regard to the variable power requirement for the various fisheries that the vessel will carry out.

Sailing to and from fishing grounds requires significantly less power than trawling, which is the most prominent mode of operation. The dynamic operating profile is adaptable regardless of weather and wind conditions. The crew on board is given the choice between driving with two main engines, or one main engine in combination with electric propulsion with the support of a powerful battery pack. Calculations show that the hybrid power and propulsion system enable fuel savings of at least 25 percent, compared with a traditional system with a single propeller for vessels of similar operating profile.

Sales Manager at Finnøy Gear & Propeller, Arne Nogva, is pleased to receive an order for precisely a concept that has been maturing for over a decade: “For Finnøy, this type of propulsion technology is a key focus area, and I do not disregard that the stern trawler marks a fresh beginning for a new standard in trawling. Bluewild and Ulstein are both forward-looking actors who are in possession of high competence and help to breathe life into specific innovations from us.”

The Norwegian-based propulsion supplier currently has a significant order backlog, and the project joins the series of several projects that they have recently signed locally, nationally, and internationally. The plant will be designed and produced at their premises in West coast of Norway.