More Hope Of Spotting A White Whale Than A Fuel Subsidy Scheme For The Fishing Sector! 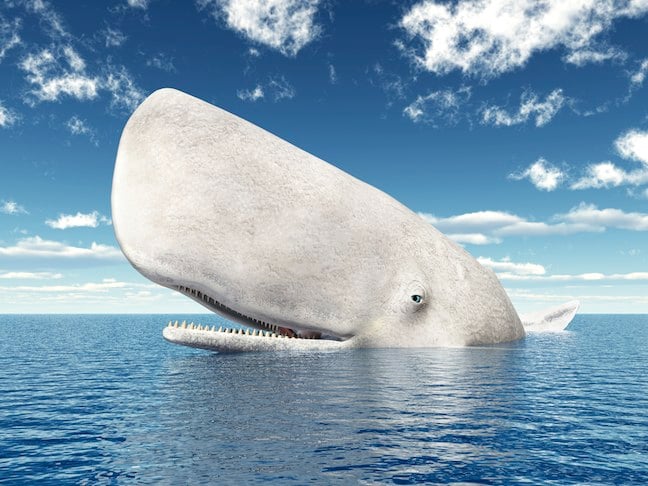 The failure of Government to introduce a fuel subsidy scheme for the Irish fishing fleet, 9 months after the EU gave the go-ahead for such initiatives, has been described as an egregious dereliction of responsibility, by the Independent TD for Cork South-West, Michael Collins.

The Committee had earlier heard from Minister Charlie McConalogue and senior Department officials:

“The presentations and statements made to the Committee by the fishing representatives exposed so many holes in the Minister’s position that you could sail a fleet of boats through it,” said Deputy Collins.

“This was the case in terms of the Minister’s ongoing insistence that Ireland has ‘only’ suffered a 15% reduction in quota levels. But as I pointed out to the Minister earlier in the day this is a highly misleading figure that does not reflect the scale or impact of the cut in real terms. This point was confirmed by the fishing body representatives.”

“I also took serious issue with the Minister’s insistence that he was doing everything he could to support the capacity of the fleet to fish and to not have boats tied up at shore.”

“Once again, however, the fishing representative made clear that they are simply at a loss to understand why this has not involved the roll-out of a fuel subsidy scheme. This is despite the fact that on 25 March, the EU Commission adopted and implemented a decision to trigger the crisis mechanism of the European Maritime, Fisheries and Aquaculture Fund, EMFAF, which allowed for the introduction of fuel subsidy schemes.”

“In fact, we know that since then both France and Spain have action to introduce direct subsidies of this kind. Yet here our fishermen and women are 9 months later, either, cut adrift or moored at their harbours.”

“We can talk all we like about long term alternatives such more efficient vessels and engine design but in the immediate term there must be a recognition that some kind of fuel subsidy is required in the intervening period,” concluded Deputy Collins.

The disproportionate impact of Brexit on Ireland’s fishing quotas as well as well as the failure by government to establish a fuel subsidy scheme for Irish fishing vessels have leant greater urgency to Ireland being granted an extensive quota of high value blue fin tuna by the EU, according to Michael Collins.

“The Minister confirmed to me that almost two and a half decades on from 1998 when the bluefin tuna quotas were set, Ireland is finally going to apply for its share,” said Deputy Collins.

“When I asked him to clarify why this has not happened prior to this year, the Minister stated that Ireland had no ‘track record’ of catching blue fin tuna. This was not just a pathetic response; it was in plain contradiction to the facts as the Irish South & East Fish Producers Organisation pointed out in our second Committee session.”

“I also raised the ongoing challenges that exist with respect to the temporary tie-up and fishing vessels decommissioning schemes and in particular the ludicrous situation whereby money received under the schemes can be clawed back from fishers because of the terms and conditions that are being applied. This is in stark contrast to the positions adopted by the French and Dutch governments.  Indeed, while their fisherman and women are generously supported, ours are subjected to a grasping and heartless approach. This must be urgently re-examined.”

“In typical fashion, the Minister and the Department approached many of the issues I raised with an insistence that we have to operate under the heavy hand of the law as laid down by the EU. That is just not good enough especially when every fisherman and woman on these islands can see that there is a gross disparity in how such laws are applied to the bigger fleets of Germany, France and Norway,” Deputy Collins concluded.