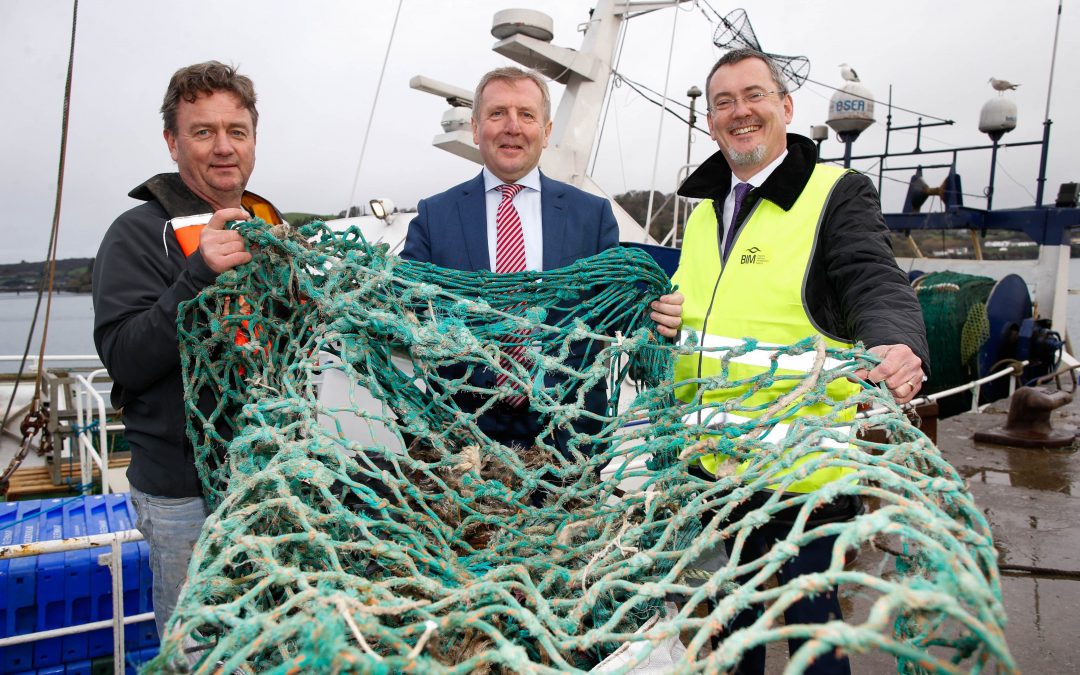 The Minister for Agriculture, Food and the Marine, Michael Creed, TD, welcomed the increase in trawlers and other fishing boats now signed up to Ireland’s Clean Oceans Initiative.

The Clean Oceans Initiative involves fishermen storing and returning to land marine plastics that come up in their nets daily as they fish, thereby removing this pollution, 80 per cent of which comes from land-based sources, from the marine environment.

The Minister launched the Clean Oceans Initiative in January this year at Union Hall setting a very ambitious target for the participation of the entire Irish trawl fishing fleet in the scheme by 31st December 2019.  To date, 168 trawlers and 56 other fishing boats have signed up with 12 ports registered and involved in the Initiative.

Minister Creed said “It is heartening to see the numbers that have come on board and that we are now at 70% participation. I would like to thank every boat owner who has joined up”.

Minister Creed sought to go further; “We need to get every single trawler on-board for this. This is good for the fishing industry and good for the environment.” The Minister added, “I’m delighted that the Fisheries Producer Organisations endorsed this Initiative and are encouraging their members to sign up and get involved.”

Protecting our oceans is one of 17 Global Goals that make up the 2030 Agenda for Sustainable Development. By the end of the third quarter this year, approximately 70 tonnes of marine plastic waste had been collected from 12 of Ireland’s busiest fishing ports and 25.5 tonnes of used fishing nets have been collected for recycling by BIM’s mobile shredder, the ‘Green Machine’.

Minister Creed expressed his thanks to BIM and to those leading the early brigade “I must commend all those currently involved in the Clean Ocean’s Initiative being run by BIM and the longstanding commitment many in the fishing industry have to bringing ashore plastic waste from the sea. I look forward to seeing 100% participation by our trawling fleet by the end of this year.”

Applicants are advised to sign up online at http://www.bim.ie/fishing-for-litter/ or by contacting BIM directly at (01)2144100.