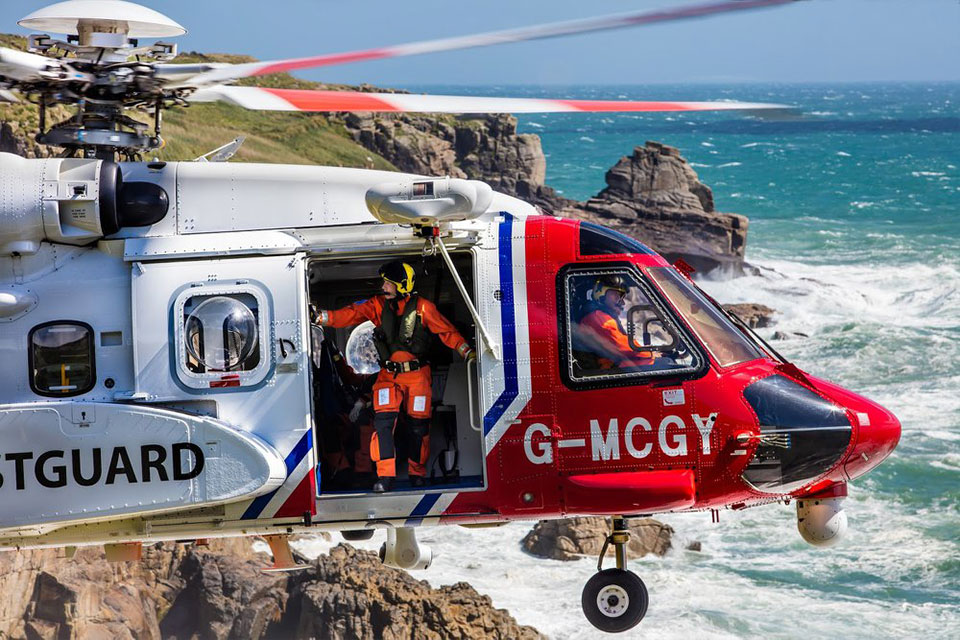 A fisherman who went overboard off the coast of Salcombe earlier this morning (Sunday 10 March) has been rescued alive by the HM Coastguard Newquay helicopter after being in very rough seas for an hour.

HM Coastguard was coordinating the large scale search and rescue mission for the missing fisherman who went overboard 25nm south east of Salcombe.

The fishing vessel made a Mayday broadcast minutes before 4.45am today and the HM search and rescue helicopter based at Newquay quickly made their way sent to the scene, alongside RNLI Salcombe and Torbay All Weather Lifeboats.

A French Navy aircraft who has been training in the area at the time and a number of fishing vessels responded to a Mayday Relay broadcast issued by HM Coastguard and also joined the search.

HM Coastguard Duty Controller Dai Jones said: ‘We could not have hoped for a better outcome. Our own Coastguard helicopter, A French Navy helicopter, along with a number of fishing vessels and the RNLI, had been searching for nearly an hour this morning in very rough seas and challenging weather conditions. Thankfully, the fisherman was wearing a lifejacket, which no doubt aided his survival and enabled his crewmates to find him quickly.

‘By taking this simple safety precaution means that when he fell into the water his survival time increased significantly, despite the cold water and the horrendous weather conditions.

‘This could have been a very different outcome today had he not been wearing his lifejacket and we commend his actions, which have assisted in saving his life. We wish him a speedy recovery.’