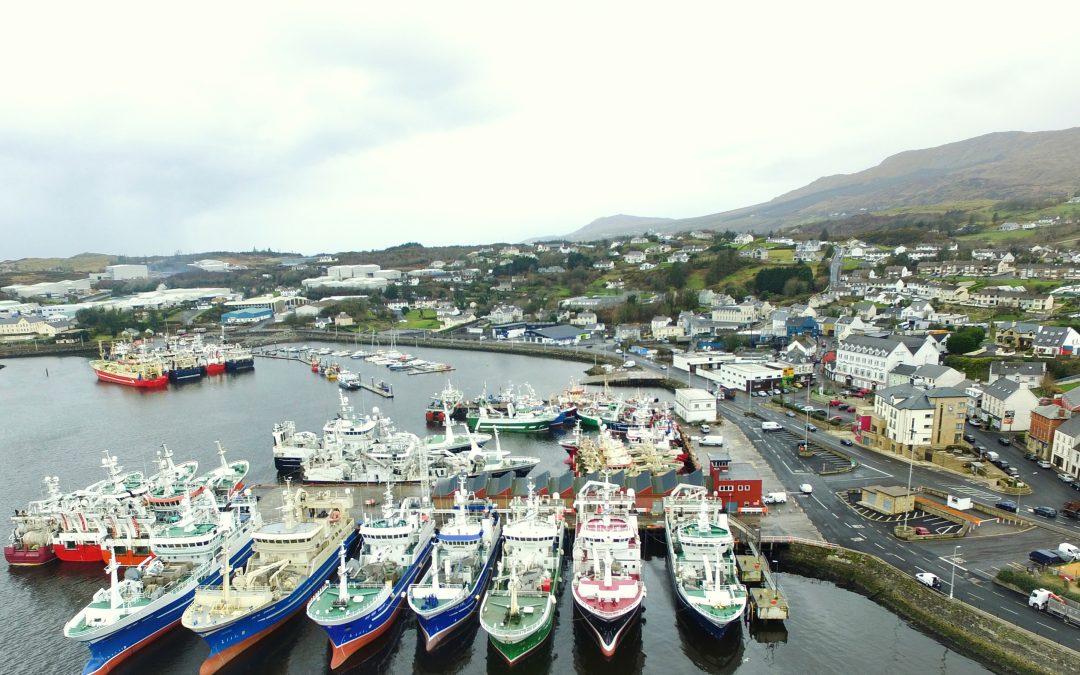 The judicial review was taken jointly by the KFO and Pelagic Weighing Services Ltd (PWS) in response to the SFPA’s refusal to consider and determine the application for approval of the ‘Flowscales’ built on the pier in Killybegs at a cost of €409,000.

The Flowscales involves a conveyor belt type system onto which fish are discharged. The system allows the water containing the fish to drain off to a sump where it is collected and pumped into another recipient during which time the fish are transported along the conveyor belt to be accurately weighed and are then deposited out the other end of the weighing instrument.  In the present context, that means the fish will be transferred into a bulk tanker where they are reunited with the water in which they were previously immersed. 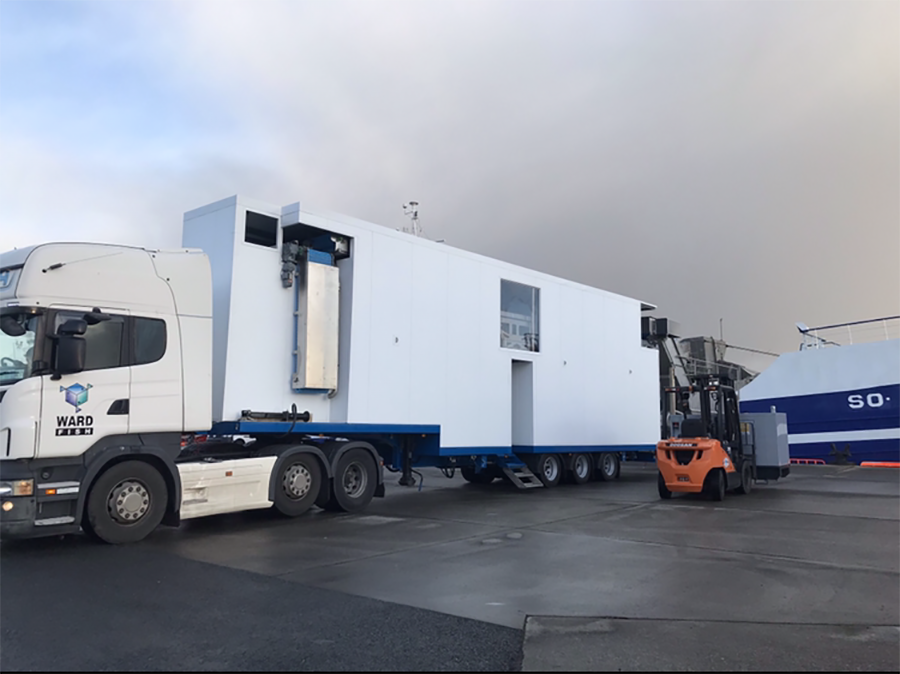 In Killybegs, pelagic fish, in this context principally mackerel and herring, have since 2013 been subject to a specific weighing regime allowing transport after landing to nearby fishing processors where they are then weighed in licenced factory premises on certified Flowscale systems under the SFPA’s Control Plan as approved by the European Commission (this Plan was revoked by Commission Decision C(2021) 2423 on 13th April 2021). In December 2019, the SFPA indicated its intention to carry out the most exacting form of monitoring of landings (‘full monitors’) by obliging pelagic fishery products landed to be weighed on landing (WOL) over the pierside weighbridge at Killybegs port despite the existence of the Control Plan. Until then such “full monitors” of landings had been done by supervising weighing over the relevant factory flowscales. The pierside weighbridge is owned it appears by the Department of Agriculture. This new approach by the SFPA caused serious concern in the local industry due to the damage/losses which weighing over the pierside weighbridge caused historically to fishing vessel owners and/or fish operators / buyers / processors. A group, entitled the “Pierside Weighing Group” was therefore formed to try to find a satisfactory solution in conjunction with the SFPA to carry out the minimum percentage of landings required by EU law to be fully monitored immediately on landing rather than as hitherto, after transport in the factory.

Between March and June 2020, there was significant engagement in the Pierside Weighing Group in which the SFPA fully participated between the relevant stakeholders and the SFPA with a view to designing and building the flowscales and it was contemplated at the time that the SFPA would own the same. Indeed the SFPA expressly said this at one stage. After the SFPA withdrew from the Group, ostensibly due to separate legal proceedings, the first Applicant was incorporated on 17th August 2020 by the relevant stakeholders – with a large part of the pelagic fishing industry being subscribers – in order initially to commission and fund the construction of the equipment which cost €409,000 plus VAT.

The first Applicant’s Flowscales was completed in November 2020 and was inspected by the Irish legal metrology service, the National Standards Authority of Ireland (hereafter NSAI) and as the SFPA is aware was subsequently certified by the NSAI on 9th December 2020.

The SFPA however decided that it would not approve or proceed with the approval of the Flowscales it had helped design citing the objection of the European Commission that the equipment should be both publicly owned and publicly operated. In a meeting on 3rd December 2020, a senior SFPA official repeated the Commission’s stance and said inter alia that the SFPA itself would not buy or operate the Flowscales. The SFPA’s decision was confirmed by email on 4th December 2020 and the oral communication as confirmed in writing is the decision impugned in these proceedings. 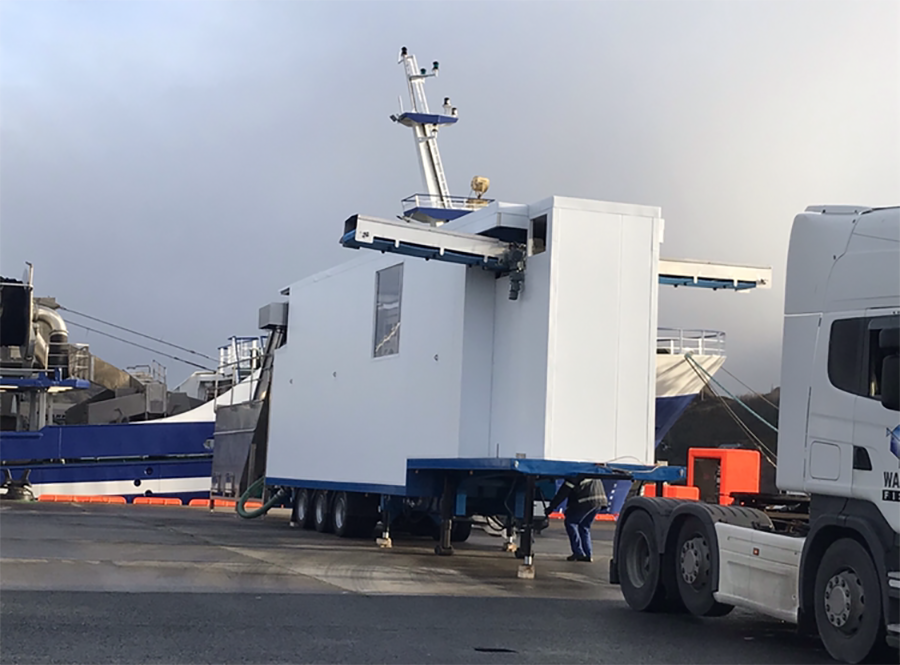 Since February 2020, the SFPA’s officers have commenced obliging a percentage of fishing vessels landing catches of pelagic fishery products in Killybegs to use the pierside weighbridge which is precisely the situation which the Applicants and their members/shareholders were attempting to avoid due to the resulting damage and delay. This has caused fishing vessels to avoid landing their catches in Killybegs and to land in other ports such as certain ports in Norway.

In his ruling, Justice Garrett Simons stated: “The Sea-Fisheries Protection Authority has acted ultra vires by continuing to withhold approval for the pier-side weighing facility at Killybegs Port by reference to the ‘ownership’ concerns raised by the European Commission. There is no legal basis for these concerns and the Sea-Fisheries Protection Authority has not sought to argue otherwise.”

Commenting on the outcome, KFO Chief Executive, Seán O’Donoghue said: “We stated that the SFPA acted outside of its powers, the relevant regulations and Irish and European law in determining on December 4th last the Flowscales must be owned, operated and used by a public body and in refusing the PWS request for approval for the Flowscales. We also correctly claimed that the SFPA acted in breach of fair procedures, arbitrarily, unreasonably and irrationally in refusing that approval.

“We had put on record on numerous occasions, that we were outraged that an SFPA diktat to unilaterally impose a new policy of unpacking and weighing fish on the pier before repacking and ultimately spoiling the fish could have been considered without any advance notice. This was ultimately what led to us having to take legal recourse on the matter. Moreover, we had been and are still being, explicitly denied access to any reports or correspondence between the Commission, DAFM and the SFPA on this issue.

“Fundamentally, this is about landing and processing catch as efficiently and expediently as possible to ensure the fish is fresh and ready for market thereby allowing our members to make a living.

“We are very pleased that our position has been vindicated and that such a comprehensive ruling was reached. While we were completely and utterly convinced that our case was sound, we regret that the only avenue open to us to counter SFPA moves to impact punitively on our livelihood, is to resort to legal action. Nonetheless, we in the industry have, and continue to be, more than willing to work with the SFPA on finding workable solutions to all and any issues which arise,” stated Mr O’Donoghue.