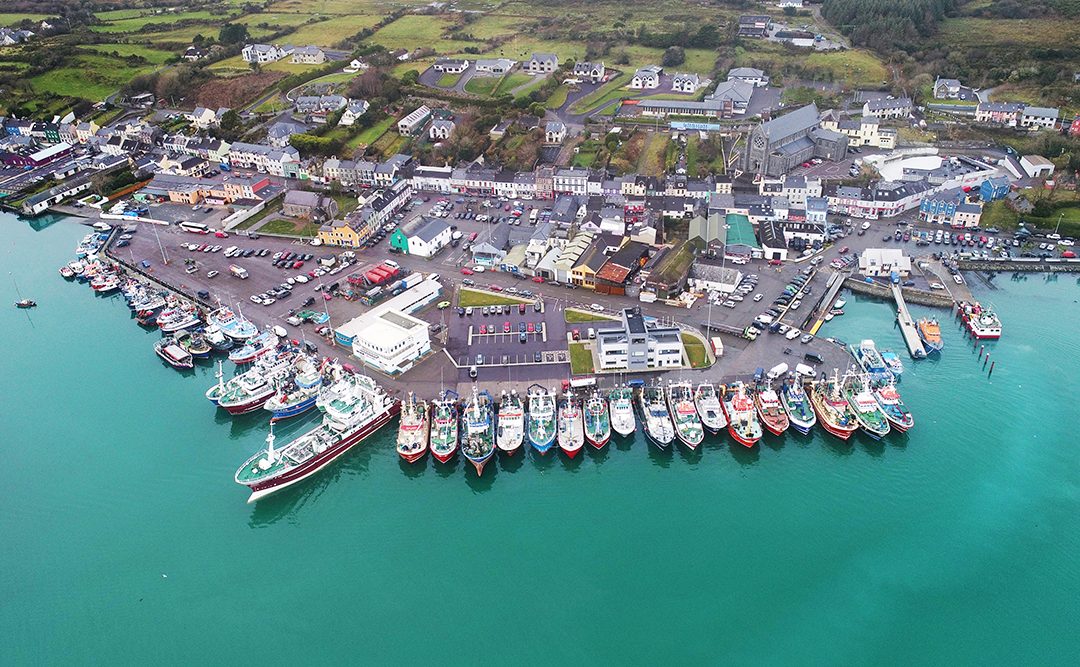 EU must use same yardstick as it did with UK Zone to rebalance quota in Irish Waters!

Patrick Murphy, CEO of the IS&WFPO has given his members reaction to the EU-UK Post Brexit deal announced on Christmas eve.

In a statement released to The Skipper he said;

The Irish South and West fish Producers Organisation CLG consistently during the last four years gave regular warnings and pleaded with our Government when meeting different Taoisigh, Ministers for Foreign Affairs, Ministers for the Marine and relevant Department Officials along with scientists from Ireland’s Marine Institute to seek policy that would protect our Spawning Grounds and the Biologically Sensitive Area that wraps around our South and West Coasts.

The Irish South and West firmly believe in our human right as Irish Fishers to fish in the seas around the coasts of our Island nation.

This is a belief our Taoiseach Michael Martin and his Minister for the Marine Charlie McConalogue appear to share as is evident in both their recent interviews in our main stream media when they support the new European fisheries policy that acknowledges “Zonal attachment” of a stock is the share of the stock residing within a particular country’s economic zone, if necessary weighted by the time it spends in a country’s zone over a year. This, then, determines the share that each country gets of the total catch quota for that stock.

The Irish South and West calls for our Taoiseach Michael Martin to treat the fishermen in Irelands EEZ no differently to fishermen in the United Kingdom (including Northern Irish fishermen).

The fish in our waters must now also be governed under Zonal attachment and must not be taken from Irish Fishermen and given to others while ignoring the plight of our coastal communities and all used once again as a bargaining chip to satisfy political agendas at home and abroad and used to bargain for others trade interests.

So it pleases me no end after the recent Christmas Eve announcement that the agreement was reached on the future relationship with the UK where fear and confusion is now replaced with welcomed clarity and seen as positive for Irelands Agri-sector by our Government.

According to the DAFM Press Release 24 December 2020. Minister McConalogue welcomes the EU-UK Agreement on Future Relationship and Pledges to Stand by Affected Sectors. The Minister highlights avoidance of tariffs on Agri-food trade, while acknowledging need to support fishing communities to address negative impacts.

He stated “I greatly appreciate the input of fishing industry representatives throughout the negotiation process ensuring that Ireland always spoke with one voice. I would like to reassure stakeholders that the Government fully understands their concerns regarding a cut in a number of quota shares, and we will work together with the sector to develop the necessary supports and approach to address these impacts.

Finally, I want to reassure our farmers and fishers that the Government will stand with them in helping them deal with the implications of this Brexit outcome. We will continue to listen to, engage with and support all sectors in the time ahead,” the Minister concluded.

On behalf of the members of the Irish South and West FPO I welcome Minister McConalogue’s appreciation of the Irish South and West input and offer a more even greater participation in our engagement going forward to ensure we can not only ensure sustainability for our stocks, assist in the control and enforcement of our fishery but also tackle IUU fishing & overfishing by ensuring Ireland will receive its new share of the stock residing within our countries economic zone weighted by the time it spends in our country’s waters over a 12 month period.