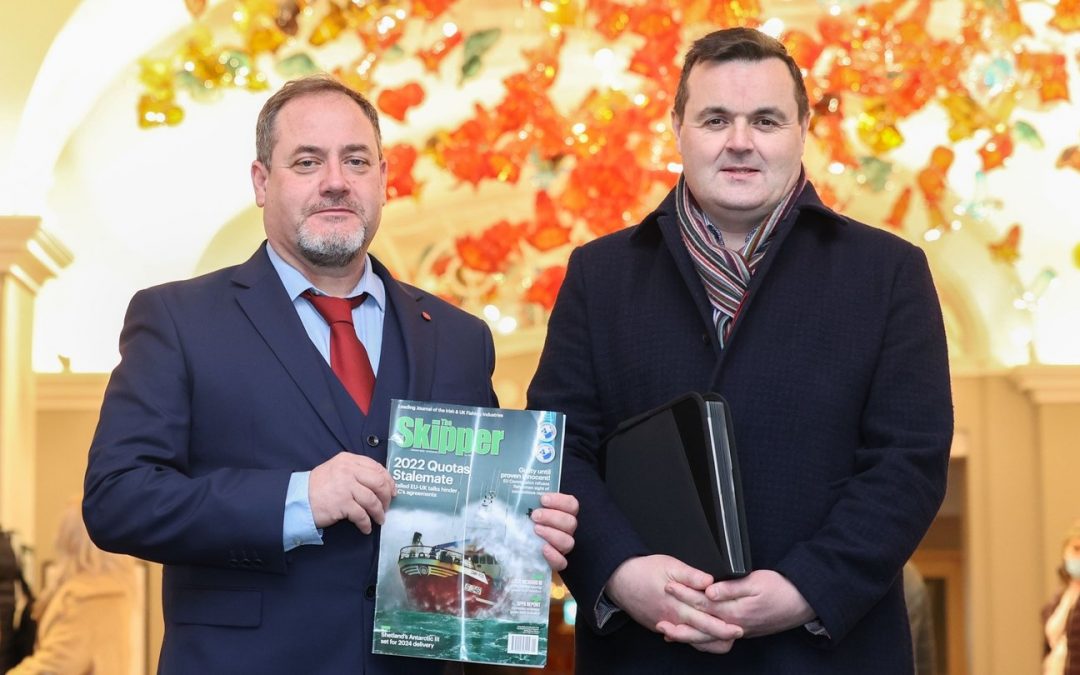 The announcement on 29/1/2022 by Mr. Yuriy Filatov, Ambassador of Russia to Ireland, that the planned
Russian Naval exercises will now take place outside Ireland’s Exclusive Economic Zone (EEZ) is very
much welcomed by the Irish South and West Fish Producers Organisation (IS&WFPO).

Unfortunately, it was only through social media that we became aware of such exercises . Given the
fact they were to have been conducted within Ireland’s EEZ in close proximity to some of the Irish Fishing
fleet, this was a cause of grave concern for a number of reasons. Obviously, the safety of our vessels and
of the men and women who work onboard them was paramount. The ecological consequences to marine
life could have been potentially damaging and could affect the viability of many vessels and all of
this against the backdrop of the Irish Fleet suffering disproportionate cuts in quota as a result of the Brexit
Trade and Cooperation Agreement (T.C.A).

As a result of the IS&WFPO in partnership with Niall Duffy, Editor of The Skipper highlighting these issues, an
Invitation by His Excellency The Ambassador was extended to us. CEO Mr Patrick Murphy  and Mr.
Brendan Byrne CEO of the Irish Fish Processors and Exporters Association (IFPEA) attended
this very constructive and informative Meeting. Thereafter it was decided to relocate the exercises
outside Ireland’s EEZ.

With an area ten times approximately greater than our land mass the significance of our EEZ cannot be
underestimated. From coral beds to the presence of dolphins, whales, sea birds and a vast array of fish
species from an ecological and commercial view, this area needs to be protected and exploited for the
benefit of all . Within this zone are key stocks to the Irish Fleet.  Familiar species include mackerel,
herring, hake, haddock and prawns while other species such as Swordfish and over recent
years, Bluefin Tuna have turned up in abundance around our Coast.

Despite our elation and gratitude that the Russian Navy will relocate outside this zone and not interfere
with Irish Fishing Vessels the sad reality is that some of these Vessels are to be decommissioned as a
direct result of the Brexit T.C.A of Christmas Eve 2020. The support nationally and indeed, globally for the
Industry during the past week was very encouraging and welcome and we would hope for your continued
support as we in the IS&WFPO continue in our campaign for a fair share of the Fishing Opportunities and
Quota in our own Waters.

It is time the EU listened to us now as the failed Common Fishery Policy (CFP) has repeatedly
discriminated against the Irish Fishing Industry.

December 2022 will see the Publication of the Review of the CFP. It is now time for the EU to correct the
injustice perpetrated on this Industry. It is not just Fishermen and Women who have suffered. Every man,
woman and child in this Country has in some way been indirectly affected.  Loss of revenue to the
exchequer affects all essential services including Health Care and Education. As a Nation, we should be
demanding a level playing pitch – not much to ask for in the rich Waters surrounding our Coast that other
EU Nations covet and whose Citizens and Fishing Fleets are disproportionately benefiting from.

This week has proved the determination of the Irish and this determination must be shown again to
achieve Equal Rights and Equal Opportunities for the Irish Fishing Industry and for the Country as a
whole in the review of the Common Fishery Policy.