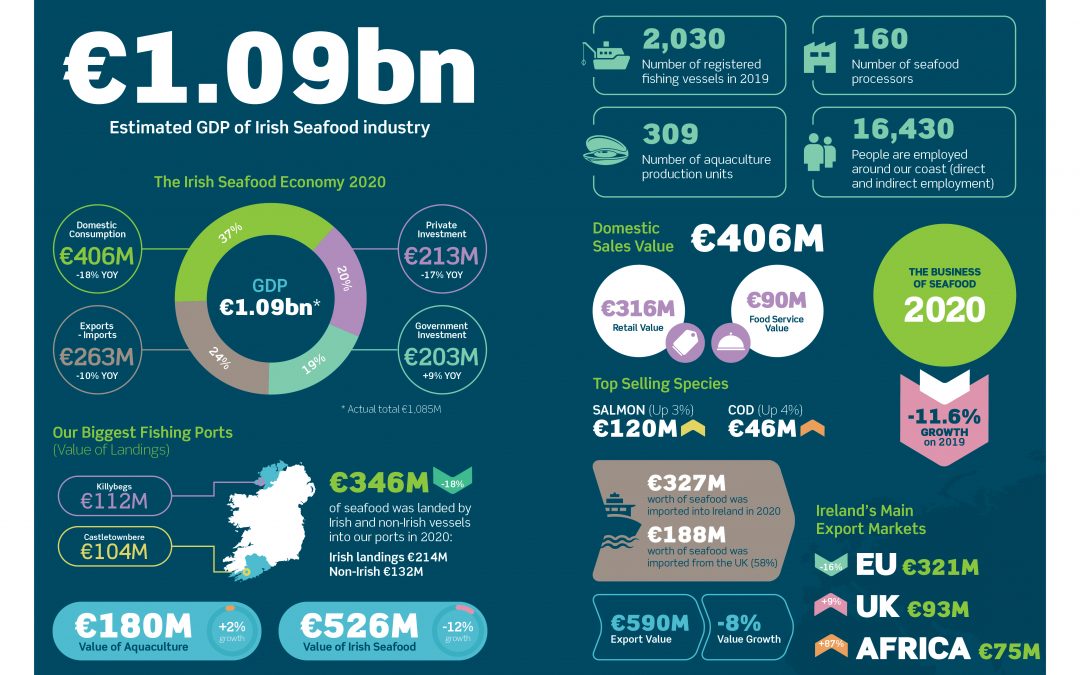 The estimated value of the Irish seafood industry in 2020 was €1.1 Billion, down 18%, mainly due to a fall in sales in foodservice, however this was somewhat offset by a 6% increase (€18m) in retail sales.

The value of landings fell 18% in 2020 to €346m with the Irish fleet contributing the most to this decline falling by 26% in value.

Most ports saw a decline in the volume and value of landings in 2020 with Killybegs seeing a 9% decline in volume (8% in value) and Castletownbere landings declining by 16% in volume (20% in value).

Mackerel was the most valuable species landed by the Irish fleet with over 60,000 tonnes landed worth €80m. This was an increase in value of 3% on 2019.

Landings of Dublin Bay prawn declined by around 40% in volume and value terms after a difficult year in which many of the main international markets for this species were shut down.

Aquaculture production decreased by 1% in volume however value increased by 2% to €180m. This growth was again led by salmon

production with volumes and value up by 15% year on year.

The collapse of international demand had significant impacts on prices and production of oysters and mussels with volume declining 7% to 24,000 tonnes with value declining 15% to €51m.

Here is the full report