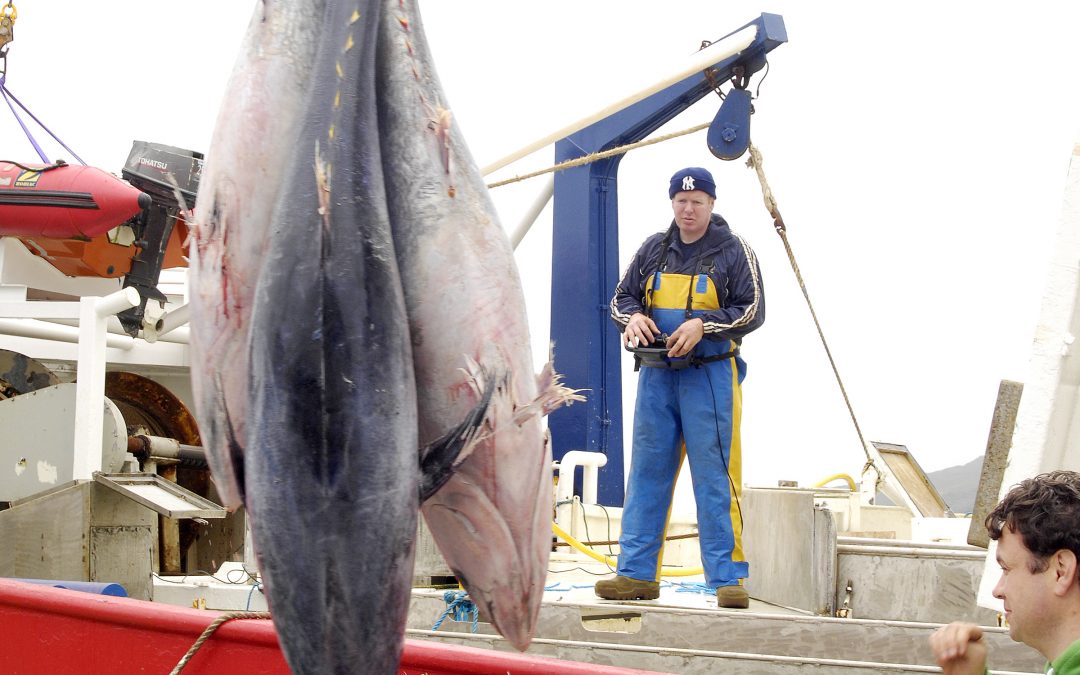 Sinn Féin Spokesperson on Fisheries and the Marine, Deputy Pádraig Mac Lochlainn has called on the Minister for the Marine and the government to urgently engage with their European counterparts to secure a reasonable share of the of the global bluefin quota set by the International Commission for the Conservation of Atlantic Tunas (ICCAT).

“There is growing outrage in Ireland’s coastal communities at the spectacle of a flourishing bluefin tuna fishery in Irish waters feeding on spawning stock of mackerel, horse mackerel (scad), herring, hake, sprat, cod and other species. They are being fattened up in our waters, only to be caught by foreign vessels, making a fortune of money that should be enriching our fishers.

I have recently raised this issue with the Minister for the Marine, Charlie McConalogue and he has confirmed that Ireland does not have a bluefin tuna quota and that the only way to secure one is to obtain a share of the overall EU quota”.

“The EU share of the global bluefin quota, negotiated under the ICCAT has increased by a massive 73% since 2016 from 11,200 tons to 19,360 tons this year, yet the Irish government didn’t secure one single ton of this for the Irish fishing industry. This is a shocking failure by the Irish governments of recent years.  To add insult to injury, we are only allowed a catch and release scheme since last year.

The excuse heretofore has been that this quota has been allocated under each country’s track record in this fishery. Irish governments have allowed this nonsense to continue without asserting what would normally be our rights as a coastal state in accordance with the Convention on the Law of the Sea.

I am calling on the Minister and the government to listen to the outrage in our coastal communities about this issue and to urgently assert our rights in this matter”.