Ireland’s Fishing Industry is once again on the brink of disaster. 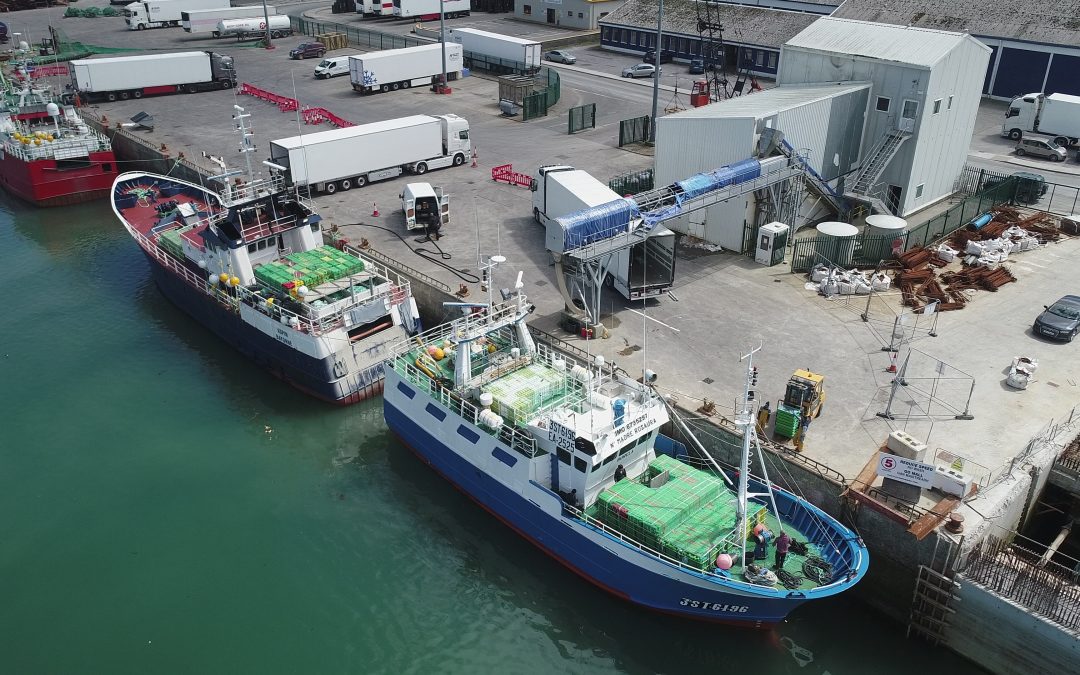 The promises of standing by the fishermen of our Island Nation was forgotten only a few days past, when news broke that Michel Barnier offered 18% of what can only be Irish fish to the UK.

Now the EU negotiator Mr Barnier, himself a previous Minister for Fisheries in France knows only too well that giving more fish to UK fishermen will mean less for everyone else.

We know that Ireland is where the fish are.

Just visit our busiest fishing port in Castletownbere to count the 50 Lorries with left hand drives queuing up to take fish from Spanish boats home to Spain, week in week out 12 months of the year every year for over a decade now.

I will predict that in 2020/21, this year where nightmares became real, we all are going to witness our Government’s inaction finishing the Job of decommissioning Irelands white fish fleet to make way for French, Dutch, Belgian and Spanish vessels displaced from UK waters.

That our coastal communities who are so dependent on our brave men and women sailing out to Sea while being watched and monitored constantly, their meagre fish quotas allocated each month with some species as low as 50 kilos per month and this less than what a man with a fishing rod could catch, will be sacrificed as a bargaining chip for Europe in the Brexit negotiations is simply shameful.

For too long our Industry has remained silent for fear of reprisals while our fishermen are demonised and blamed by fellow Irish men and women for overfishing and wiping out the stocks of fish in our waters in a complete distortion of the reality of the Common Fishery Policy and its often contradictory laws.

For historical context we look back a few years to 2008 when an Irish fisheries official, who spoke to Harry Browne, author of: https://thedublinreview.com/article/where-will-they-get-the-fish/  said the crime being committed over and over again in the seas off the coast of Ireland, as elsewhere, could be summarized simply: ‘concentrated rape’.

For fishing to be linked to the heinous crime of “RAPE” by an Irish Sea fisheries official tells the horror story of the way Irish men and women struggling in our Fishing Industry have been ill-treated since we joined the EEC in 1973.

Are we now to suffer the fate of being forced to witness the murder of our Biologically Sensitive fishing Grounds and destruction of one of our greatest natural resources?

When the UK voted for Brexit, the vast majority of fishing Organisations across Ireland were asked to put aside their differences and unite in one voice so to protect the current Common Fisheries Policy so we would not lose access or quota share in UK waters once they became a coastal state.

One undeniable fact is fish do not respect borders in our oceans and they travel from sea to sea as they grow and develop to follow the tides and currents where the building blocks of all marine life phytoplankton travel.

What fish do in their lifecycle however is to travel back to the place of their birth so they too can breed and create the next generation of their species. We refer to this place as the spawning grounds.

Ireland has centuries of scientific data recording the various spawning beds of the 100 stocks that use Ireland’s shallow waters of our continental shelf to breed and spawn.

The Irish South and West have for over two year met with Taoisigh and with several Ministers both for the Marine and for Foreign Affairs highlighting our concerns and asking for a scientific evaluation of the potential destruction to our Nursery and Spawning Grounds caused by a massive invasion of hundreds of EU fishing vessels forced from UK waters and displaced into our sensitive Maritime Jurisdiction.

Is it not incredible we were told this work was underway and now only 5 weeks from Brexit we are told by the Assistant Secretary for the Marine, in a conference call with our Minister Charlie McConalogue when I again raised this critical issue that this is not a Biological issue but a political issue?

In the hands of the officials of our Department of Marine we have witnessed the extinction of fishing traditions around our coastline and we have seen the utter destruction and annihilation of demersal “white fish” sector boats measuring just over 59.4 feet in length with 42% wiped out in a decade and one year.

I am upset to think I too could be linked with the final blow to finish off many of the small independent family run fishing vessels around our coastline.

Upon recently meeting a hero of mine Packie Bonner in Schiphol Airport he approached myself and John Ward, CEO of Irelands oldest fishermen’s Organisation the IFPO, shook hands and asked him straight off the bat “John what has happened to the fishing fleet of Burtonport, I was home in the summer and there are no boats left”.

Is this the future now that Michel Barnier has been instructed to throw away his mandate? Will our Government our Taoiseach, Minister for Foreign Affairs and Minister for Agriculture, Food and the Marine renege on their promises to us?

Am I foolish to ask of our Taoiseach Michael Martin, our Foreign Minister, once our Minister for Fisheries Simon Coveney and our current Minister Charlie McConalogue, who himself was elected to represent the Coastal Constituency of Donegal will Ireland’s Fishers who risk all while fishing in stormy raging seas and the Irish Fishing Industry be a Sacrificial Lamb on the negotiating tables of Europe.

Please take 5 minutes and listen to the following interview with Carole Coleman on RTE Radio One broadcast yesterday 29/11/2020.