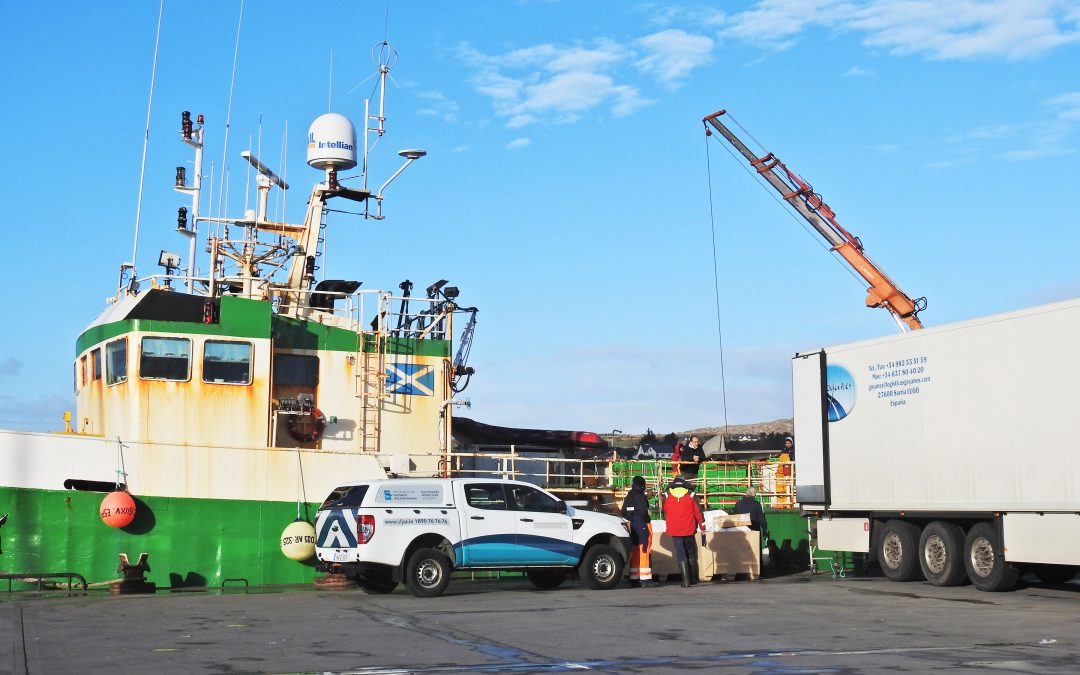 For the record, the following are the EU recorded facts regarding the number of inspectors per member state;

On a recent trip to the EU institutions, the EU authorities there were keen to point out that Ireland has the highest rate of inspectors in all of Europe, in fact Ireland, I was told has as many fisheries inspectors as France and Spain combined or looking at it another way Ireland has 21 more inspectors than Belgium, Portugal, Netherlands and Denmark combined. I challenged the validity of their claims as I could not believe what I was being told and I was duly presented with the List of Union inspectors pursuant to Council regulation (EC) No 1224/2009, it was the publication of 17th January last, so I would imagine it is the most recent data available.

Harmonised control is a central theme in the EU Common Fisheries Policy and we all support sustainability and conservation of stocks but we need to look at this more closely and assert what is really going on here. Ireland within their own waters catches approximately 15% -19% of all the fish caught within the Irish EEZ, in other words, it is other member states that catch the greatest majority of the fish stocks in the region of 85% from the Irish EEZ.

The Irish Fish processing sector according to the most recent EUROSTAT figures is worth €622m, while the French sector is worth €4.823 billion, Spain €6.930 billion, Denmark €2.503 billion, Portugal €1.354 billion, Netherlands €1.250 billion and Belgium €961 million which has only 67 km of coastline equal in length to Co Wicklow’s coastline.

Ireland has one fishery inspector to every €2.5m of fishing activity generated.

For fear of being accused of misrepresenting the facts, let’s do comparative analysis of fishery inspectors to the overall size of the EEZ under the control of the four largest EEZ’s member states in western Europe namely Spain with 569,000 km sq., France 347,600 km sq., Portugal 327,100km sq. with that of Irelands 437,500 km sq. EEZ.

How Ireland is exactly managing and deploying this considerable number of inspectors is another matter, and one which has been subject to numerous independent assessments such as the Wolf Report and the most recent that of Price Waterhouse and Coopers (PWC) Report. Observing it from a political perspective, the entire Irish fishing industry requires the immediate resetting of the political narrative, and much more political emphasis needs to be given to the industry if we are to mount a recovery over the next decade. Norway in 2022, will record 50 years of successive growth, year on year in its seafood industry, and I recently attended an event with a Norwegian delegation and they credit this success to a constant proactive and pro-development Government in Norway, over the past 50 years the various Norwegian Governments have driven their industry to even greater success.

The same cannot be said of us in Ireland, but I feel that is about to change, if we fail to change we will be the last generation to fish our seas. But, the realities of the past 20 years are stark for Ireland, fish processing from 2014 – 2019 has declined by 16% in Ireland, and when you factor in Brexit/TCA it will decline even further from 2020 to present. When you compare that to other member states, the majority of them have increased and grown their fishing industries during the same period.

The reported statement on behalf of the Irish Fish Processors & Exporters Association regarding the number of “SFPA officers” is inaccurate and misleading.  The SFPA as of October 2022 employs 82 Sea Fisheries Protection Officers (84 October 2021) who carry out a number of duties, including the protection of consumer safety through ensuring the effective compliance with seafood safety legislation, the monitoring of natural habitats at shellfish harvesting sites, and the promotion of sustainability through compliance with the Common Fisheries Policy.