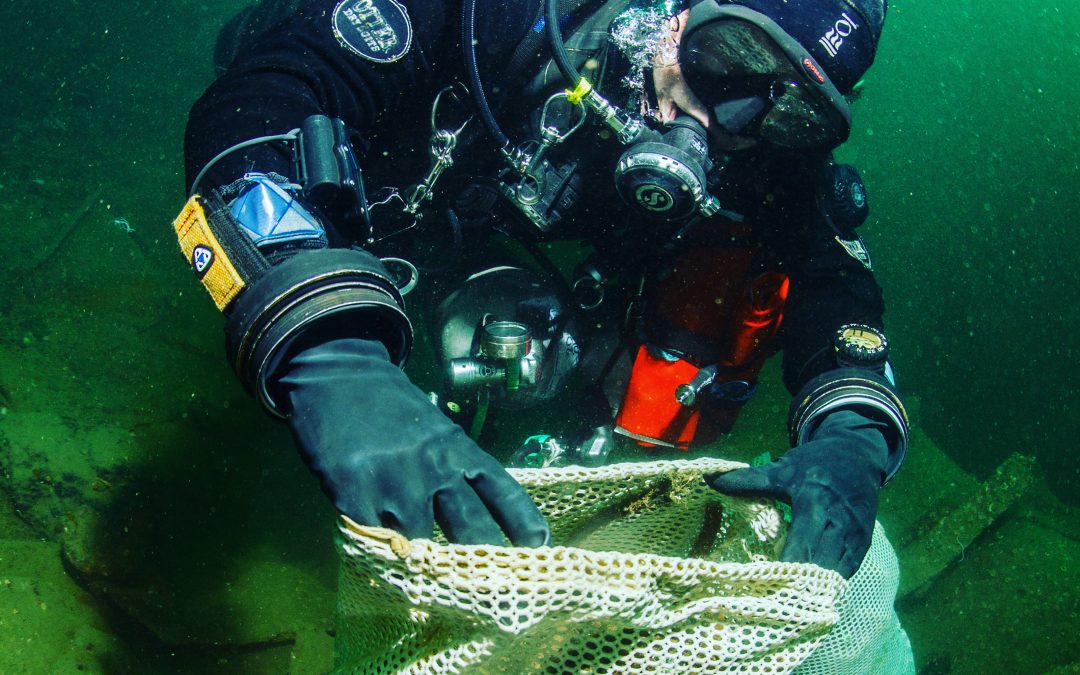 The charity, run entirely by volunteers, began in 2015. They train scuba divers to survey and recover lost fishing gear known as ‘ghost gear’.

The charity is unique in that they are keen to work with the fishing community to help solve the problem of ghost gear, as well as recovering lost gear and often, returning it to the owners.

Only this week, trustee and diver Fred Nunn ran a mission in Falmouth, recovering a string of 12 pots. The owner was found and was delighted to come and collect them. 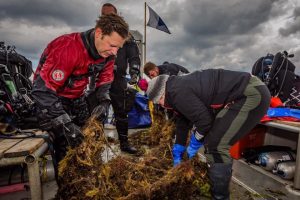 To assist further, the Ghost Fishing UK team located the other end of the pots and freed them before marking them, so that the vessel could collect the remainder of his pots, recovering 36 in total.

Trustee and diver Christine Grosart explains “Normally our ghost gear reports come in from divers. We really want fishing vessels to tell us when they lose their gear as well, especially that which has a higher chance of ghost fishing, such as monofilament and gill nets. The sooner we can get the location, the sooner we can stop the ghost fishing cycle. We have recovered nets that have probably been down there for several years, that are still catching.

“If we know about it, we can deal with it sooner. Everyone benefits and if we can get the gear back to you, we will. One vessel in Brighton re-patchworked the nets of his that we recovered and re-used them. If no owner is found, we can recycle lost nets into products such as plant pots.”

Ghost Fishing UK will be giving talks on their stand throughout the expo. More information on the charity’s work can be found here: www.ghostfishing.co.uk