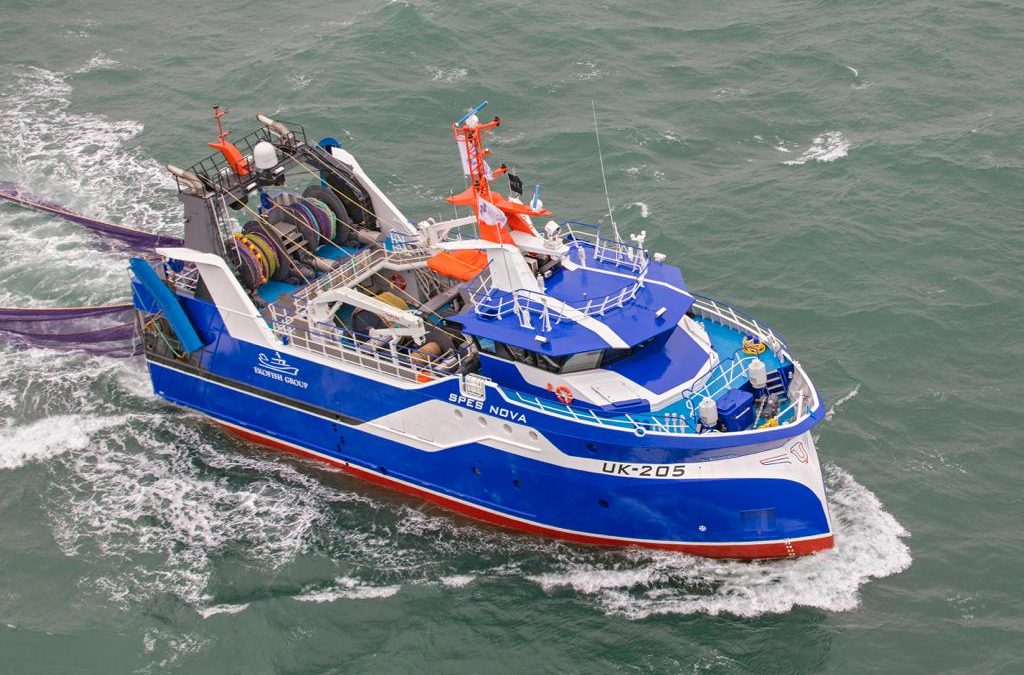 Following great success at the 2019 Scottish Skipper Expo, FISA will reappear this year with new products for the trawl and purse seine markets. As part of FISA’s expansion plans, it has set a target of rapidly increasing market share in the UK fishing fleet via the aggressive promotion of its prime products such as the 3rd Generation HDPE Supra netting and its Muketsu knotless netting.

Recently FISA was proud to assist the baptizing of Ekofish’s Spes Nova UK-205 that is proudly equipped with Supra netting.

In addition, FISA is in the final stages of developing its new Muketsu Supra Netting, a product expected to revolutionize the industry as it will be a hybrid of the well-known Supra brand and the twisted knotless Muketsu netting branded by FISA as Shogun®.

FISA’s existing range of European customers includes Skinney-Thinganes of Iceland, Ocean Fish and Interfish of the UK and the Ekofish Group of the Netherlands.