Finding the Sweet Spot For Nephrops 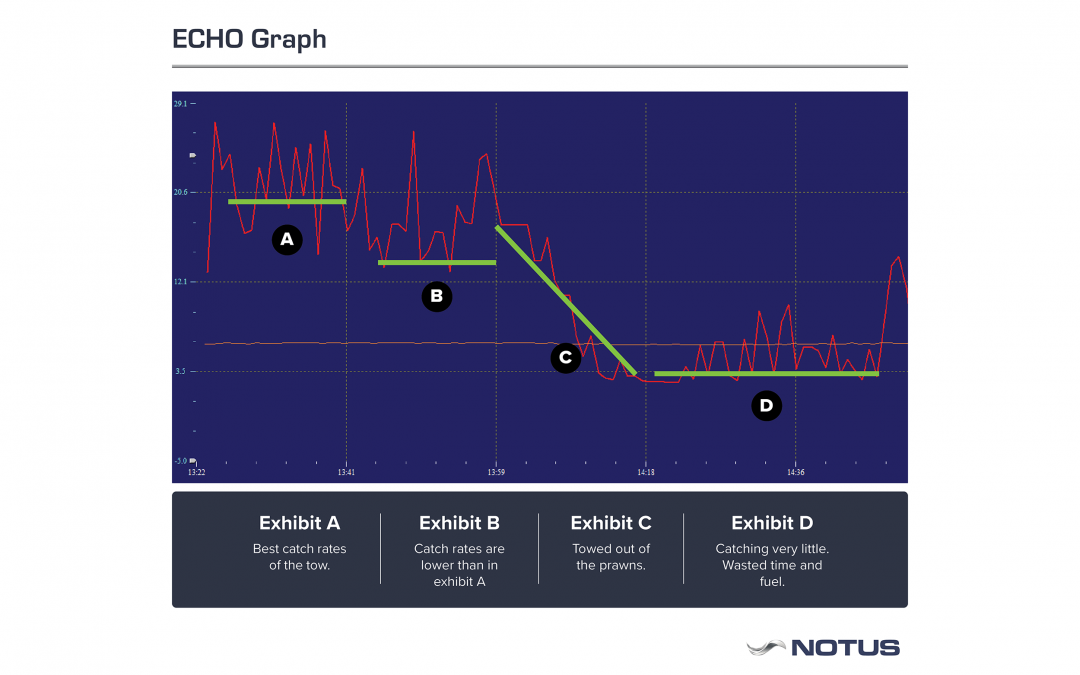 Nephrops (aka Norwegian Lobster, Prawns) are some of the most valuable species in European fisheries. One of the overwhelming issues in the fishery is  Skippers have no idea where they are catching Nephrops on a trawl tow.  A Captain cannot see Nephrops on a shipboard fish finder/sonar.

As seen on the FV Glittfors, the Notus Echo finally gives a way to detect where Nephrops are being caught on a tow.  Echo is a game changer for this fishery.

Echo was developed for the shrimp fishery as there was no reliable way to detect shrimp.  Notus cooperated with fishermen on the west coast of the USA to develop the system.  Basically, when shrimp hit the grate, they make a very distinctive sound.  Echo listens for this sound and transmits the data back to the vessel wirelessly to be displayed on a graph. 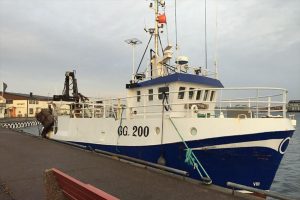 The Swedish vessel FV Glittfors installed Echo this past Fall to detect Norwegian Lobster.  They fish around Sweden and Denmark using twin trawls.  Echo is installed on the sorting grid with shipboard equipment (command unit, hydrophone and computer) receiving and displaying data.  Echo is tuned for Nephrops as their sound signature is different than shrimp.

Skipper Thomas says “We installed Echo to see where we are catching Norwegian Lobster.  The Echo is becoming a very useful tool.  We are finding the areas on our tow with more Norwegian lobster.”

Analysis of the Echo data indicate that Nephrops congregate in “hives.”  That is, they are not spread out over the fishing ground.  They congregate together in specific areas.  Echo allows the Captain to locate these hives – the sweet spot and tow back over them.

Echo also showed catch rates between hives can be almost nothing.  Therefore, a real waste of fuel and time.

The  graph below is from a Nephrop tow.  Areas A and B are the best catch rates (the sweet spot).  In area C and D the vessel towed out of Nephrops.  Echo data for this 2 hour tow indicated the vessel was only catching Nephrops for 30 mins (25%) of the tow.  With Echo, the vessel can now target areas A & B.

Skipper Thomas makes an overall comment: “We can also see when we are not catching anything and wasting fuel. We are very glad for the Echo sensor it is working very good.”

The Echo is also showing good results in the UK fleet.  They do not use many grids so an acoustic pickup device was developed to give a similar catch result. 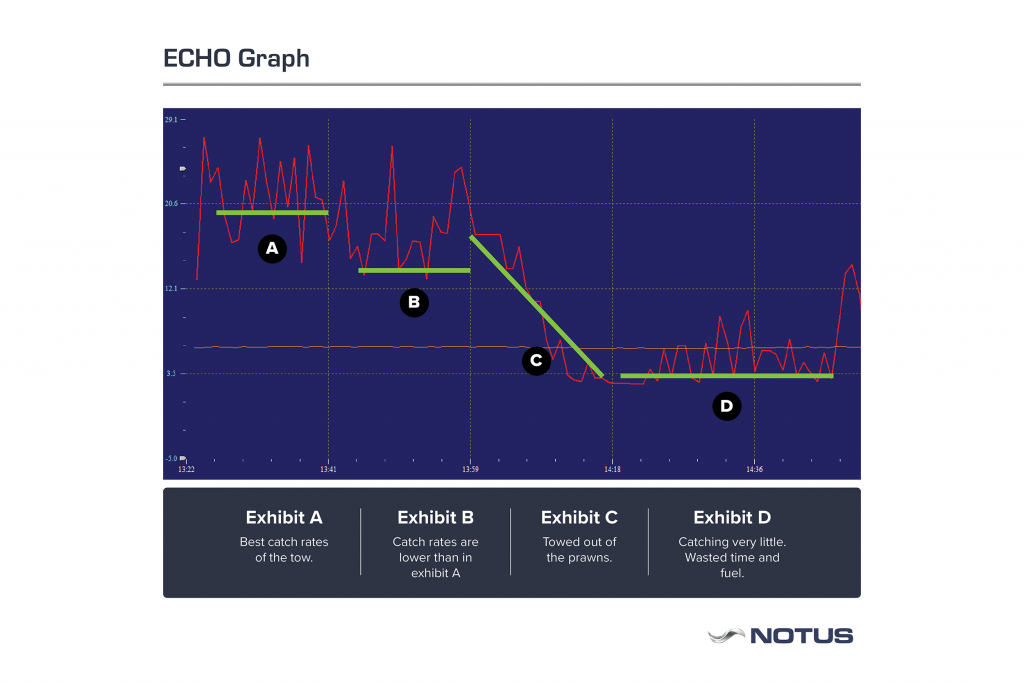