Extraordinary Exploration: From Space to the Sea Floor 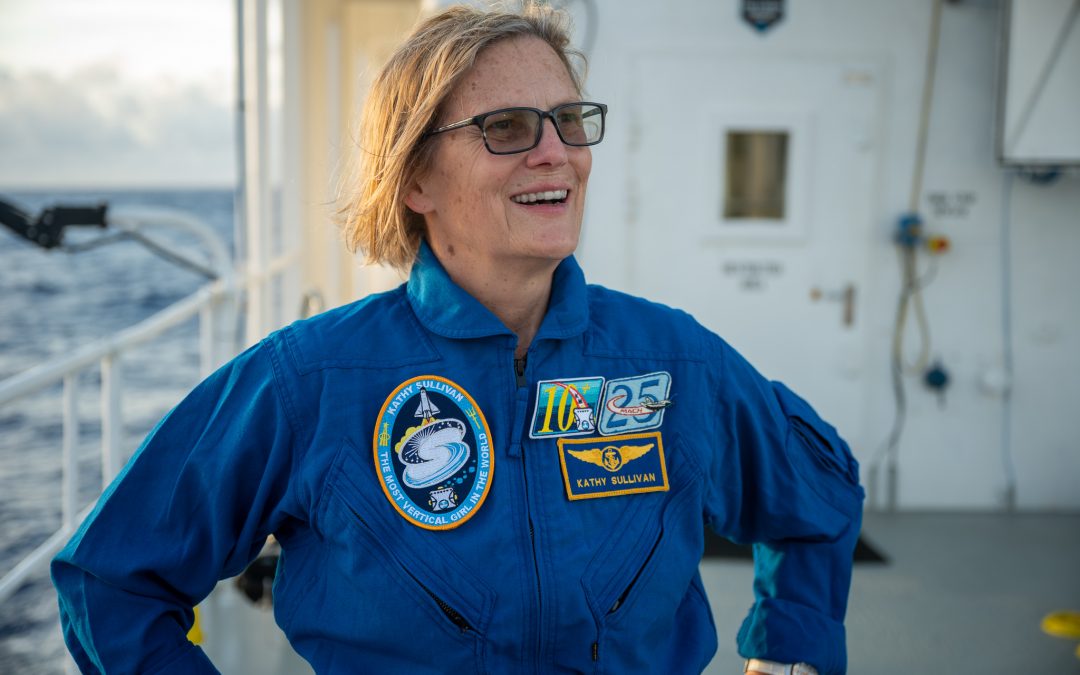 An exclusive Irish interview with the Most Vertical Girl in the World. The woman who’s made history in sea and space; the astronaut, oceanographer, explorer, author and the first person to ever experience travelling to both deep space and the oceans deep.

Kathy Sullivan – Already in the history books as the first American woman to walk in space in 1984, the 68-year-old found herself making history again just last month.

On June 6, the oceanographer and former NASA astronaut became the first woman to reach Challenger Deep, the deepest known location in the ocean. The 35,810-foot dive, which was undertaken on the DSV Limiting Factor and co-piloted by Victor Vescovo, now makes Sullivan the first person to both walk in space and descend to the deepest point in the ocean.

The two missions, total opposites in the minds of many, for Sullivan, come from her one simple desire: to understand the world around her as much as possible.

With a long career as a distinguished scientist, astronaut and executive, Dr Kathy Sullivan was one of the first six women to join the NASA astronaut corps in 1978 and holds the distinction of being the first American woman to walk in space.

Her submersible dive to the Challenger Deep in June of 2020 made her the first person to both orbit the planet and reach its deepest point, as well as the first woman to dive to full ocean depth.

Sullivan has held a variety of senior executive positions since leaving NASA, including Presidential appointments to the National Science Board and as Chief Scientist, Deputy Administrator and Administrator of the National Oceanic and Atmospheric Administration (NOAA).

She currently serves on the boards of International Paper, Accenture Federal Services, the National Audubon Society and Terra Alpha Investments, and is a Senior Fellow at the Potomac Institute for Policy Studies.

She has been awarded the Explorers Club Medal, the Rachel Carson Award, an Emmy and nine honorary degrees, and is the author of the children’s book To the Stars! (Charlesbridge Press, 2016) and Handprints on Hubble, An Astronaut’s Story of Invention (MIT Press, 2019)

Join Kathy Sullivan in an exclusive Irish Interview with broadcaster Pat Kenny where she will share her remarkable history-making story, offering unique insights into her exploration at the extreme frontiers, recalling the experiences of walking in space and charting oceans.

Kathy Sullivan in Conversation with broadcaster Pat Kenny is being brought to you as part of the Marine Institute’s Oceans of Learning series, which aims to remind everyone of the major role the ocean has on our everyday lives and to inspire a new generation of ocean champions.

You can tune into the Kathy Sullivan in Conversation livestream on any one of the Marine Institute’s social media channels. Thursday, 23 July 2:00pm GMT / 9:00AM EDT