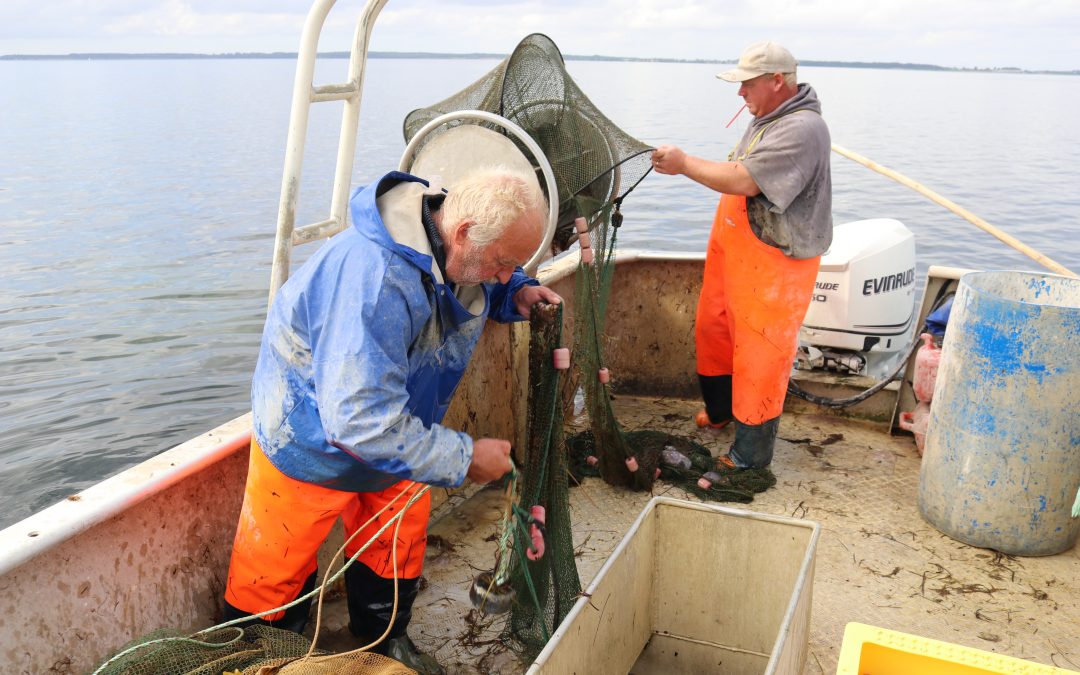 A new study has confirmed that exploding seal and cormorant populations are a severe threat to the continuation of the fishing livelihoods in the Baltic Sea Region. In response, fishermen in the region have called for immediate action from decision-makers.

The report which is based on 219 interviews with people who fish in six countries in the Baltic region, was published by the Natural Resources Institute Finland. The study, which was carried out with The Baltic Sea Seal and Cormorant project, a transnational co-operation operated by the Leader groups and Fisheries Local Action Groups in Sweden, Finland, Germany and Estonia, is the first time that seal and cormorant damages to fisheries in the region has been estimated this extensively.

According to the report, seal and cormorant populations inflict both direct and indirect damages on fisheries, especially on traditional small-scale coastal fisheries. Effects include changes in fish stocks and behaviour, reduction of catch, and damages to gear and fish.

The report also states, echoing the (often unacknowledged by commentators on the issue) experiences of fishermen here in Ireland, that the “effects of seals and cormorants would often necessitate changes in fishing strategies and making investments, but the possibility for fishers to find new paths has become narrowed. In this situation, engaging and attracting younger persons to become commercial fishers is challenging.”

In terms of considering the results and addressing the issue adequately, the report states: “It is important to consider this multiplicity of impacts in discussions about the national and international seal and cormorant policies, as well as in research, planning and decision making. Steps forward necessitate wide collaboration across sectors both regionally and internationally. Mitigation of the seal and cormorant induced problems should be designed together with fishers and other stakeholder groups.”

“To guarantee their functionality and acceptability, governance tools for mitigation of the seal and cormorant induced problems should be designed together with fishers and other stakeholder groups in order to incorporate local knowledge, values and the diversity of fishing cultures.”

In an open letter to the Fisheries Ministers of EU Member States in the Baltic Sea region, Baltic Sea fishermen and Fisheries Local Action Groups (FLAGs) have said that decisionmakers must now act to secure the future of small scale fisheries in the region. Their letter states:

“We, the undersigned Baltic Sea fishermen and Fisheries Local Action Groups (FLAGs), want to express our deepest concern for the future of traditional coastal small-scale fishing in our region. Fishing as a traditional source of livelihood has always played a vital role in the socio-economic and cultural development of the coastal communities of the Baltic Sea area. We represent the transnational cooperation of 14 Fisheries Local Action Groups (FLAGs) operating in the coastal areas of Sweden, Finland, Estonia, and Germany to secure the future of traditional small-scale fishing in the Baltic Sea Region.

“The long-lasting species-centred protection policy and consequences of the seal trade ban have led to a situation where very numerous seal and cormorant populations are one of the most severe threats to the traditional coastal fishing livelihood. In the Baltic coastal areas the amount of fish preyed on by seals and cormorants is about the same as caught by fishing. Recent studies have confirmed that seals eat fish of the same size as those taken by the fishery (Lundström et al. 2012). The impact of seals and cormorants on fish stocks is serious.

“As appreciation for fish has increased due to health and climate awareness, prices have also increased. At the same time, the local catches have diminished. It has caused a situation where, instead of being able to use the local catch of the Baltic Sea, more fish is imported.

“The great cormorant is protected under Directive 79/409/EEC (the Birds Directive). The population of the great cormorant has increased significantly over the last 20 years and is now considered to be in a healthy state. Growing cormorant numbers cause severe damage to coastal small-scale fisheries: reducing catch size, damaging stock and scaring fish away from fishing gear. In its Resolution of 4 December 2008, the European Parliament has called for the adoption of a European Cormorant Management Plan to minimize the heavy impact of cormorants on fish stocks and fishing (2008/2177(INI))[1].  Besides the seaside, there is an increasing amount of confirmed cases where cormorants visit rivers and destroy the whole fish population of a river. Besides the damage to fish stocks, cormorants have caused proven permanent damage to vegetation in certain areas and are a particular threat to juvenile fish.

“The discussion around the Regulation (EC) No 1007/2009 on trade ban in seal products has set the public opinion against all seal hunting. Grey seals are protected by all countries in the Baltic Sea region. In 2017, when the grey seal population was last monitored in the Baltic Sea area, over 30 000 individuals were counted. This means that the estimated population size was 37,500 – 50,000 individuals (Ahola, Galatius & Jüssi 2019). Some experts estimate that the population size is now close to the carrying capacity of the environment. After recovery of the populations, controlled hunting is allowed in certain Baltic Sea states. The current national hunting regulations allow hunting of seals to some extent, but the seal product trade ban makes it worthless and contrary to hunters’ ethical values. Thus, the permitted quotas are never reached.

“The HELCOM targets for grey seal populations, based on LRL (Limit Reference Level, i.e. safe biological limit) in the Baltic, are set at 10,000 individuals in all units. The abundance of grey seals is above the LRL of 10,000. Good status is achieved for each species when i) the abundance of seals in each management unit has attained a Limit Reference Level (LRL) of at least 10,000 individuals to ensure long-term viability, and ii) the species-specific growth rate is achieved indicating that abundance is not affected by severe anthropogenic pressures. The population has met the conservation targets all over the Baltic.

“We, the undersigned Baltic Sea fishermen and Fisheries Local Action Groups, call on You, in light of the EU Common Fisheries Policy’s objective to contribute to a fair living standard for those who depend on fishing activities[2], to promptly undertake all measures necessary to solve the clear conflict between increasing grey seal and great cormorant populations on the one hand, and small-scale coastal fisheries on the other.

“We need Your support on this fundamental matter if the future of small-scale coastal fisheries in the Baltic Sea is to be secured.”

The full report can be read here