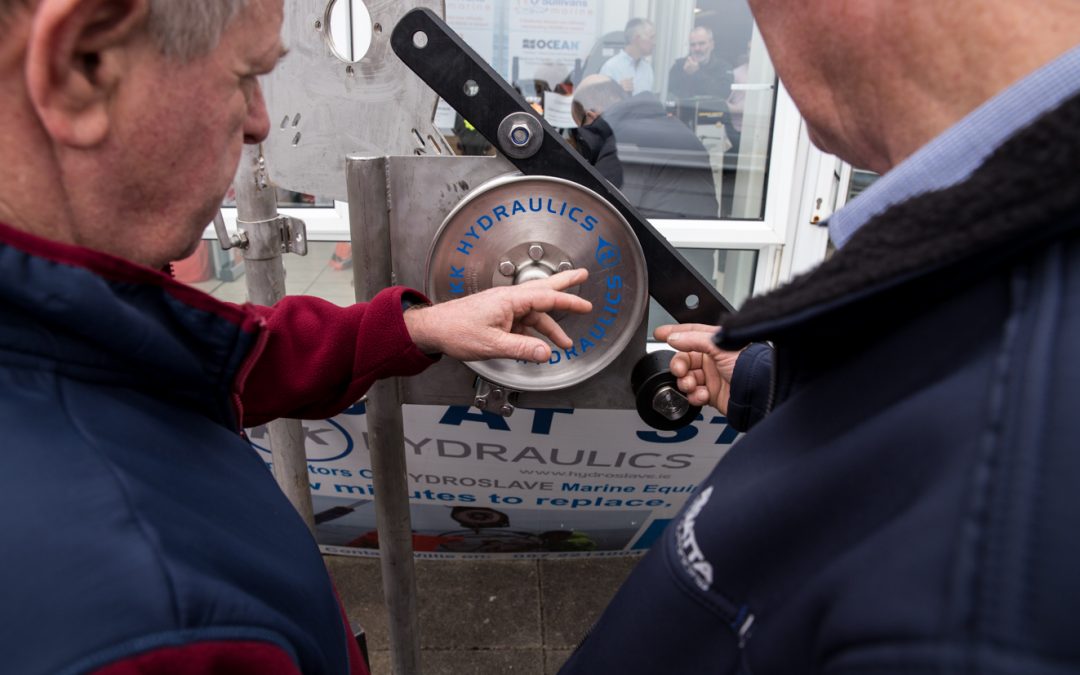 Back in March we had over 145 companies from 14 different countries all booked up to see you at Irish Skipper Expo in Limerick. Over the next few weeks we will focus some of these exhibitors for you.

You can always find a full listing with contact details of each exhibitor in your showguide also. https://theskipper.ie/irish-skipper-expo/

A chance encounter with a man from the Isle of Tiree looking for his father’s boat, the Skipinnish Maid, led the Kelly brothers, Willie and Jake from KK Hydraulics Ltd to its whereabouts, tied to the pier in their local port of Fenit.

Now in the safe hands of the James family from Ballyheigue, Angus MacPhail arrived the following Friday. Willie picked him up from Cork Airport, and the search for many years came to an emotional end. A few days of music and drams followed.

Angus is the founder member of the famous Scottish group Skipinnish, Willie plays with the much-travelled Irish band Spaílpín. A friendship was founded. The MacPhail family were having a new boat finished at Murphy Marine in Valentia.

One of KK Hydraulics 17 inch 2 ton complete stainless units was put on a pallet and dispatched to the Isle of Harris to Murdo Kennedy for fitting. This story is as much about stainless pot haulers as it is about the cultural connections between us all – Ireland, Scotland, England, Wales and the surrounding Celtic states and islands.

Since lockdown, we have been exchanging tunes and songs, stories and virtual cups of coffee, promises of travel to these remote corners and engaging with their people and cultures.

Calum Iain McCorquodale, fisherman and accordion virtuoso from the island of Uist, is now a regular facetime session player with Willie. Just this week, Leslie Tulloch from Shetland ordered some equipment – he plays with Shetland band Rack n’ Ruin.

We have formed new and lasting friendships. I can talk freely to Mike Green on the Isle of Harris about putting nail varnish on his motor shaft to prevent pitting, a recipe for sourdough bread from Newhaven, the beautiful shanty I was given by a potting man from Cornwall, the packet of wildflower seed from the wife of a bass fisherman close to the Kilgetty roundabout, a willow pot from Yorkshire swapped for a valve, or indeed the fine feed of claws and pollock in exchange this morning for a set of wear plates all the way from Quilty.

So, common goodwill and a more reflective look at life and the world.

It’s not about a bank balance or the stock market. It’s about smiling and staring a man in the eye, with the knowledge that you helped in some way. With survival of the industry have a listen to Skipinnish’s Last of the Hunters, and the Kellys will see you all sometime soon and stare you in the eye. (By the way, we have plenty of stainless 2 ton potting units!) 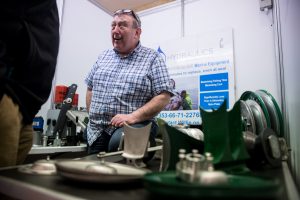