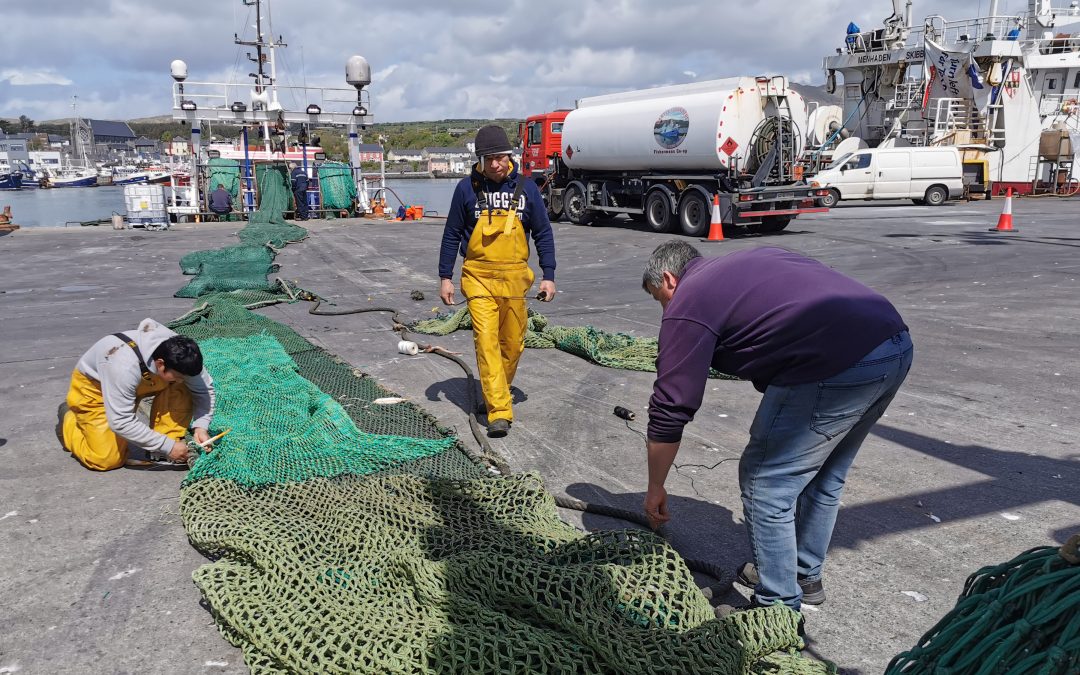 In rejecting impassioned appeals for specific COVID supports from a beleaguered fishing industry which is fighting for its very survival in the face of the pandemic, Agriculture Minister Michael Creed and his officials have effectively turned their back on the sector.

“Earlier this month, the Minister did announce a Covid-19 Voluntary Fleet Tie-up Scheme which is completely unfit for purpose. Instead of achieving the key objective of matching current supply and demand, the scheme will do the reverse with very little voluntary uptake as almost all vessels will continue to fish thus making an already over supplied market worse.

“Crucially, not one single cent of new financial support is being made available to the industry. We have met with the Minister and his officials and set out clearly what we need to survive this pandemic.

“Moreover, we have already successfully lobbied at EU level to have amendments to the European Maritime and Fisheries Fund provided for under EU Regulation 2020/560 to mitigate the impact of the COVID‐19 outbreak,” said KFO Chief Executive, Seán O’Donoghue.

“Like many others, fishermen are struggling desperately, in the new ‘normal’ that we find ourselves in. Demand has fallen to such an extent that some fishermen are actually receiving no bids for the fish that they have risked life and limb, to catch.

“The closure of sales venues, such as restaurants, markets and other outlets, has seen prices for all fish plummet. Over the last few weeks, the price drop across many popular species has been in the region of 50% to 70%,” the KFO Chief continued.

“This has created a serious and unprecedented crisis for Irish fishermen. As an industry, we have never faced anything like it. The capitulation in demand and prices combined with the vulnerability and complexity of the supply chain has made the operations of fishing fleets and seafood production, a loss-making enterprise.”

Mr O’Donoghue said the industry is, nonetheless, doing everything in its power to ensure consumers continue to have access to essential nutrition in the form of high-quality sustainable seafood. It has stepped up to the plate also to protect fishermen through increased health and safety restrictions and extensive surveillance and monitoring of crew.

“The entire industry is united in our unequivocal rejection of a botched and ultimately useless ‘scheme’ which does nothing to provide reassurance to fishermen. We’ve been endeavouring to try to manage a safe passage through Brexit and its consequences, now we’re hit with this.

“I’ve never witnessed anger like it in the sector and I’d implore the Minister to review the scheme, deliver the very basic support that we need to survive. We are more than willing to meet him halfway and continue to operate, thereby providing a sustainable and very important food supply,” concluded Mr O’Donoghue.

The Minister’s recently announced and launched voluntary fleet tie-up scheme, implemented under the European Maritime and Fisheries Fund (EMFF), allows for support to eligible vessels to voluntarily opt to tie up for one or two months, during June, July & August.

In contrast, the four producer organisations have put forward a joint position on what they consider necessary to achieve a “workable and effective temporary tie-up scheme that would try to match supply to demand.”

Two key elements of their proposal were an initial three months scheme starting on April 1st 2020 with a review at the end of May and that the financial support for a temporary tie-up would be based on 30% of the full grossings of the vessel in the same period last year (force majeure to be taken into account in relation to this period) with an appropriate tie-up period of 7 to 10 days to be further discussed.

“Unfortunately, the scheme as announced by Minister Creed and the Department of Agriculture does not take these two key elements in account and as a consequence, the very firm collective view of both the four POs and their members is that the scheme is doomed to failure with very little uptake,” they say.