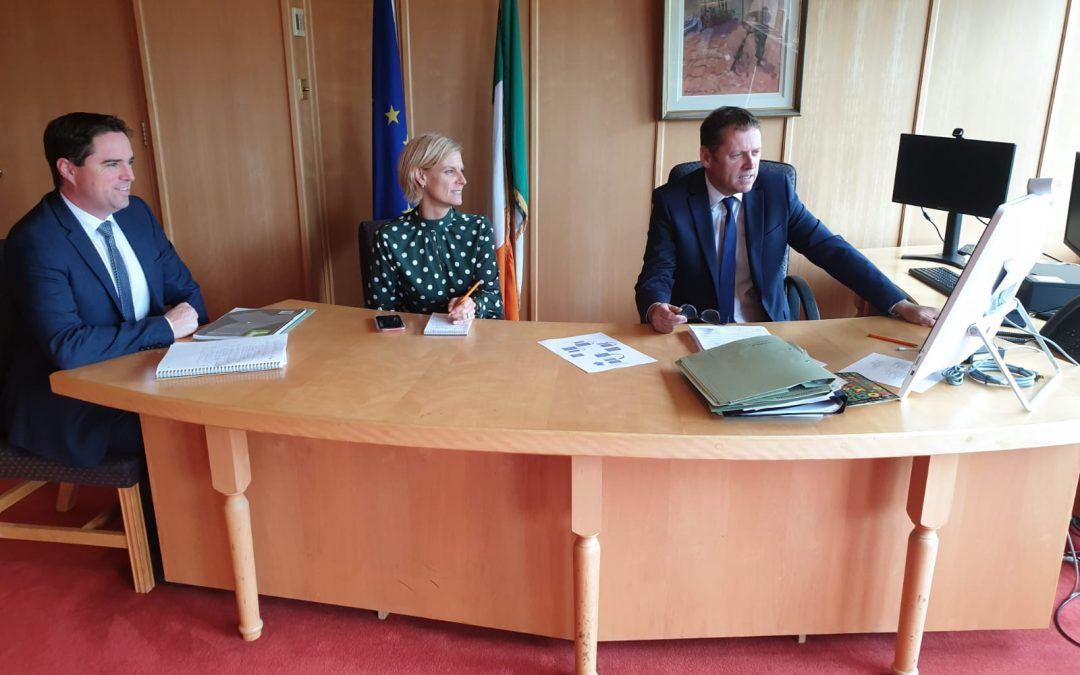 Joined by his colleagues, Ministers of State Senator Pippa Hackett and Martin Heydon TD, the discussions took place as part of a range of engagements by Minister Cowen with key interlocutors since taking office.

Speaking after the conclusion of yesterday’s engagements, Minister Cowen said: “I was very glad to have the opportunity today to establish contact with Commissioner Hogan and with Minister Poots. Brexit was, of course, a common theme of both discussions.

“I had a very useful exchange with Commissioner Hogan on the current state of play in the EU-UK negotiations, and took the opportunity to reiterate Ireland’s agri-food and fisheries concerns, including in relation to the potential economic impact post-December 2020, regardless of the outcome of the negotiations.

“Similarly, my conversation with Minister Poots was very constructive, and covered North-South trading arrangements post-Brexit, implementation of the Ireland/Northern Ireland Protocol, and the prospects for the wider EU-UK discussions on the future relationship.”