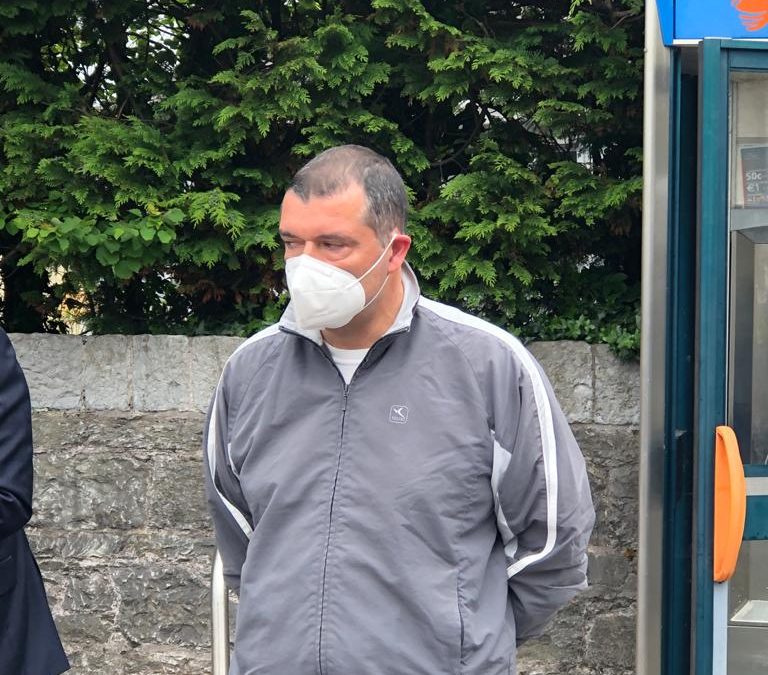 A Spanish skipper was in court today charged with fishing illegally in Irish waters.

Vicente Meitin Sanjuan, the master of a foreign sea fishing vessel, the Punta Candieira faces three charges all relating to illegal fishing inside the Irish limits.

The 52 year old Spaniard is charged  that on May 28 last within the exclusive fisheries limits of the State he was master of the foreign sea fishing vessel Punta Candieira when a person on board unlawfully fished for sea fish contrary to Section 10 of the Sea Fisheries and Maritime Jurisdiction Act 2006.

He is also charged with two other offences – that he was Master  of the vessel when a person on board entered within the  exclusive  fisheries limit of the State and particularly within  the 12 mile limit measured from the baseline and that he unlawfully fished for sea fish.

There was an indication in Midleton District Court that the skipper plans to plead not guilty to all charges.

The court appearance resulted from the detention of the Spanish ship operating within the waters of Bantry Bay by the Irish Navy on Friday last.

John Brosnan State Solicitor told Judge Alex Gabbitt he had received instructions from the Director of Public Prosecutions who had directed that Sanjuan be sent forward for trial to the Cork Circuit Criminal Court next Tuesday June 8.

He handed over the Book of Evidence to the defendant’s lawyer Dermot Conway.

He said there was no objection to bail for the skipper which was set at €100, because there would be “a sizeable bond for the fishing vessel”.

Mr Brosnan said under the Fisheries Act, there was a requirement to detain the fishing boat  pending the conclusion of the case, but he had no objection to it’s release on condition that a bond of €200,000 was entered into by it’s owners.

Mr Conway argued that there was tonnes of fresh hake on board but “with Covid there is no market in Spain for this at the moment and we estimate a value of about €7,500″.

But Mr Brosnan said the bond must be sufficient to ensure there is enough money lodged to cover all costs in the event of a conviction.

Mr Conway said the owners of the vessel would enter into the bond and he asked the Judge to reduce it as the catch on board was not worth €51,000.

Judge Gabbitt said he would reduce the bond to €170,000 and he sent the skipper forward for trial to the Cork Circuit Criminal Court next Tuesday.